A rarity in Guernsey – a roof nesting Herring Gull 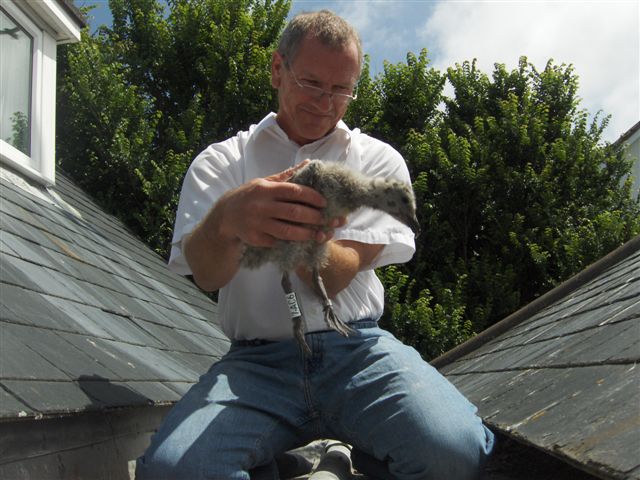 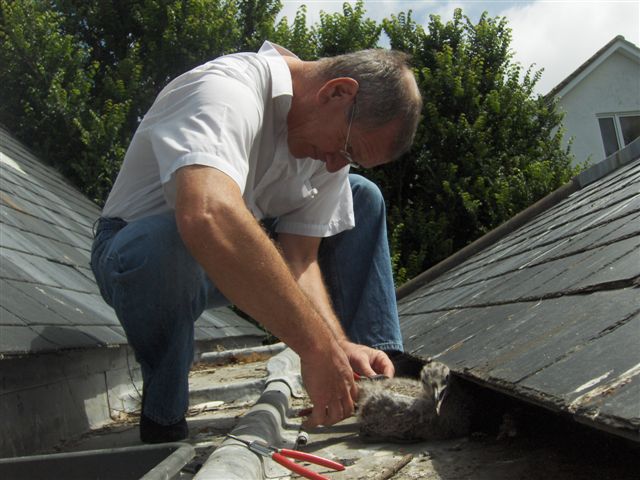 Herring Gull 7.AC6 La Claire Mare, Guernsey - Pat Costen
While many people in the UK, and elsewhere in Europe, have got well used to urban nesting gulls over many years, this habit is still something of a rarity in Guernsey. Perhaps it is the small geographical size of the island (24 square miles) and the close proximity of safe natural nesting sites on steep cliffs and offshore islets, which has kept nesting gulls off our buildings so far.
One of the very few exceptions to this has been a pair of Herring Gulls, which nested for the first time in 2008 on the roof of house of the President of the local natural history society – La Société Guernesiaise. Although absent last year, what is presumed to be this pair is back this year – and it is busy raising a single chick…which has now been colour ringed White 7.AC6.
I’m sorry to report that the birds are not really very grateful tenants, even though Pat and Peter have kindly supplied fresh water to the chick throughout its fledging. The adults are very protective, mobbing the human inhabitants of the house!
Just opposite is another house which has hosted a pair of nesting Herring Gulls in most of the past 10 years. This year they are raising two chicks, although both youngsters have now jumped off the roof and apparently been led away into the adjacent field by the parents.
Posted by Guernsey Gulls at 17:14