Seabirds have a successful season in Sark

This weekend Catherine and I went to Sark to continue to assess the seabird breeding season this year. I am pleased to report very high productivity for European Shags and also Herring Gull (in particular). Most shags appeared to breed this year, and the majority appear to have successfully raised three chicks to fledging. The offshore rocks around Sark were crowded with shags (including many youngsters). 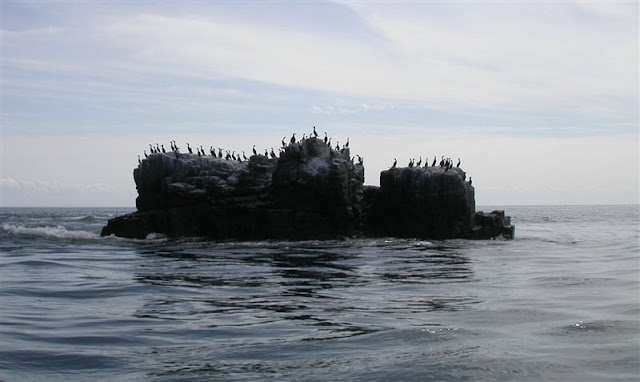 European Shag off Sark - PKV
Herring Gull chicks were also numerous, but in view of how far advanced they are we ringed very few (eight). This was expected, because this year we had decided to forgo ringing higher numbers of Herring Gulls and to try instead to colour ring at least a few Lesser Black-backed Gull chicks. This is very difficult to do on Sark, because the sub-colonies tend to be small and scattered, with many being inaccessible. 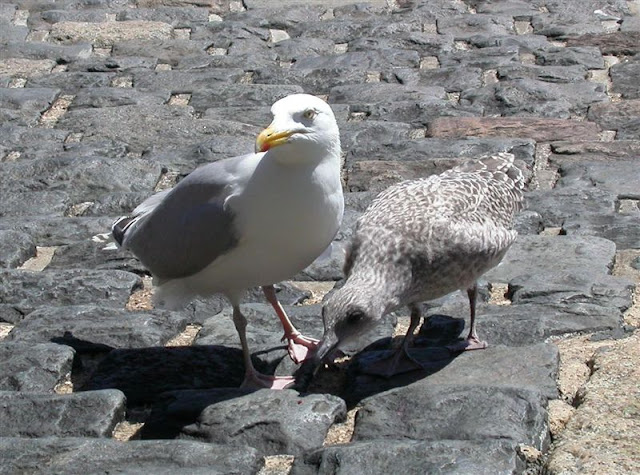 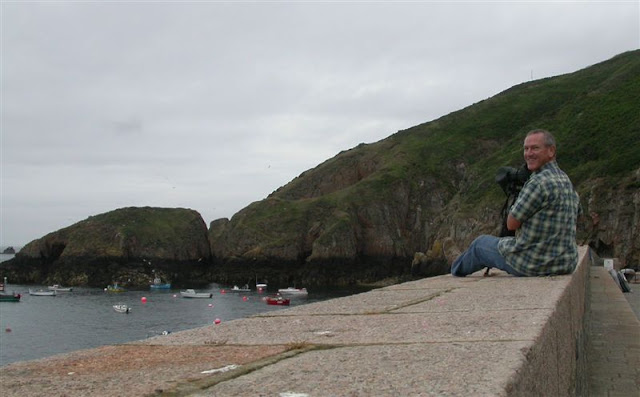 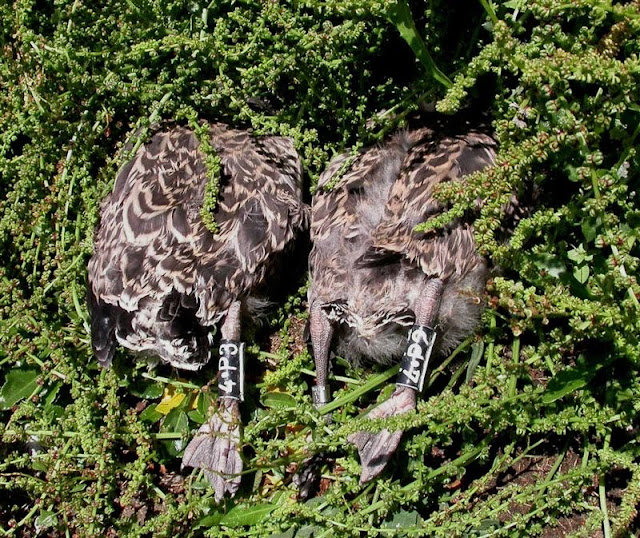 LBBG Black 4.P2 and 4.P3 Derrible - PKV
Notwithstanding this, and thanks to Andy Cook, and his boating skills, we did manage to visit three of the tiny sub-colonies and ring 26 Lesser Black-backed Gull chicks (23 colour ringed). Although not a large number, this was quite a satisfactory achievement. I only hope that some of these hard-worked for birds are seen and reported in the months and years ahead. 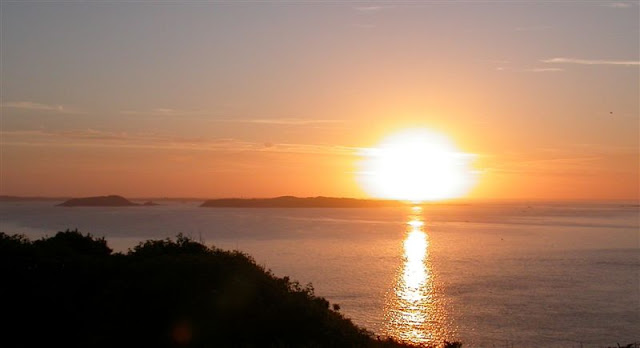 Sunset over Herm and Jethou (from Sark) - PKV
We did not visit any of the auk colonies, but again things looked very positive for them this year, with good numbers of adults present through the season.

After the very poor seabird breeding season on 2007, the poor one of 2008, and the moderate one of 2009, it is fantastic to see most of the seabirds enjoying very good success this year!
Posted by Guernsey Gulls at 18:11