A quick, but effective, early morning session at the beaches on the north coast this morning resulted in another 59 ring reads on Lesser Black-backed Gulls. The main surprise today was the return of Herring Gull Orange AV1.T - which was ringed as a 1st year on 22/10/2011 at Rainham Landfill, Greater London by the North Thames Gull Group. I first saw this gull in Guernsey on 03 and 17 November, but it has not been seen here again until this morning. 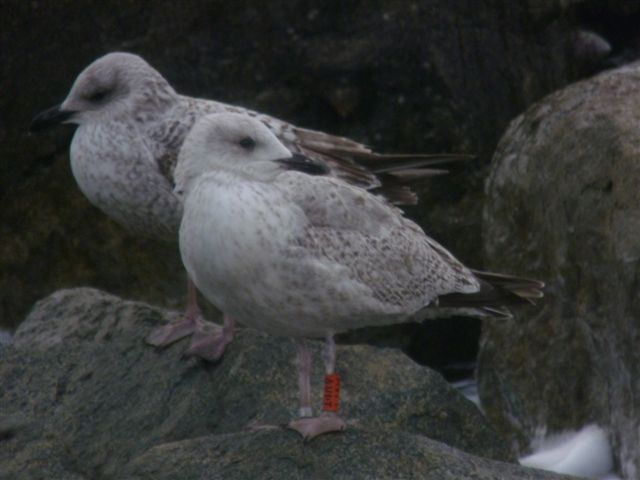 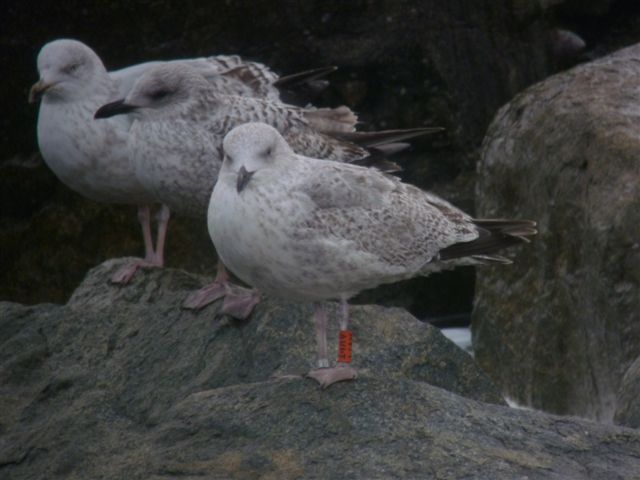