Herring Gull Falling From the Sky!

Chris, Mich and I saw something very odd today at Chouet landfill - an immature Herring Gull (White 5FM3 - ringed last December)...quite literally fell out of the sky in front of us. We happened to be watching as a flock of gulls flew over, when this immature bird just stopped flying and fell like a stone to the ground. On the ground it flapped around, but had clearly lost control of its wings. Chris retrieved the gull and we put it in a large gull bag in the quiet for 40 minutes or so. After that we peered in and extracted the gull, which seemed alert again...so we put it on the ground and ...it took a short run up and was airborne again...having regained all its control. It was an amazing thing to see. We were of course very happy that the gull recovered.
The most likely cause - well the gull flock had taken to the air in panic...and we think a Peregrine came through the flock and struck this bird - enough to partially stun it, but not to kill it outright.
As to the rest of our three hour morning - despite absolutely fantastic help from the landfill staff, and several very close calls...we failed to catch any gulls yet again. However...we really do think now that the odds will very shortly swing back in our favour and our spring/summer season will commence.
An odd looking immature gull caused some excitement but despite being very different in jizz, and in structure and plumage it is almost certainly an oddish Herring Gull (see below). It really stood out from the crowd! 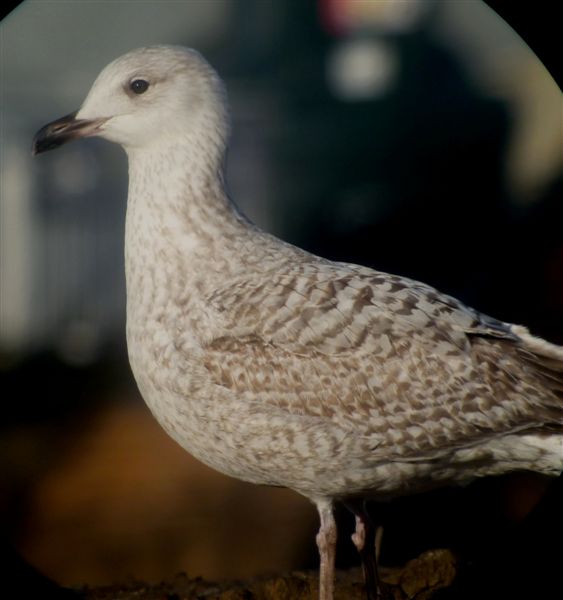 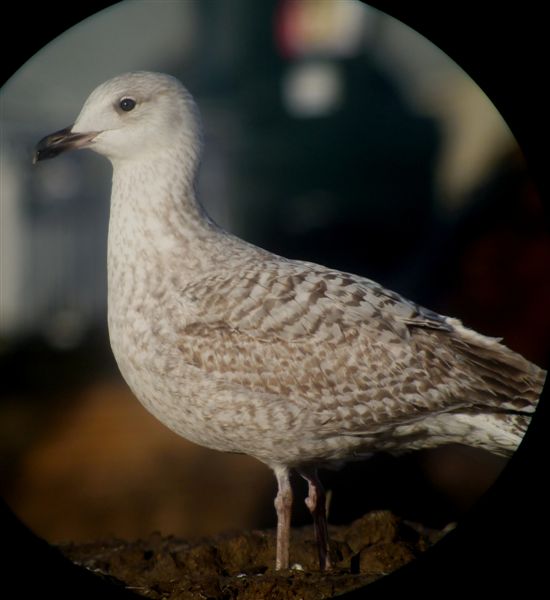