German LBBG at Chouet and a Small Gull Catch

After all the work that Chris, Phil and I have put in recently to try to keep ticking over colour ringing gulls, it was rewarding on Saturday to take even a small catch of 14 gulls (13 Herring and one GBBG). It was a very modest catch...but enough to help us keep the faith!
While at the landfill we also recorded lots of colour ringed gulls - I mainly focused again on the returning LBBGs, with another 100 or so rings read. Amongst the local birds was a German ringed LBBG (only the 3rd German bird I've recorded in Guernsey in the past five years)! 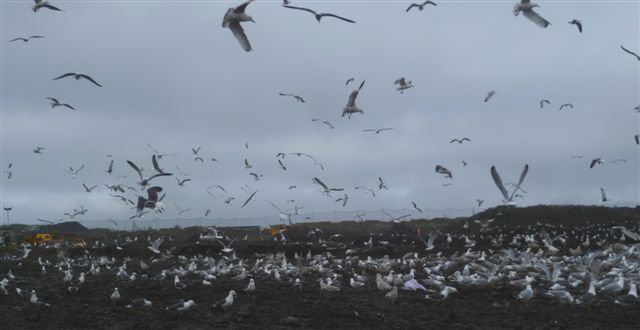