LBBGs from Spain and England

A very enjoyable couple of hours at Chouet Landfill this morning resulted in c 50 LBBG colour ring reads, which included Orange T121 from Salamanca, Western Spain (ringed on 23 December 2012). This may well be a Guernsey nesting gull as it was in early courtship this morning.  Red RAB, originally ringed at Orfordness, Suffolk, England as a chick in 2005, was also present. This gull has previous sightings in Gloucestershire  Leicestershire and at Tan-Tan Beach, Morocco. 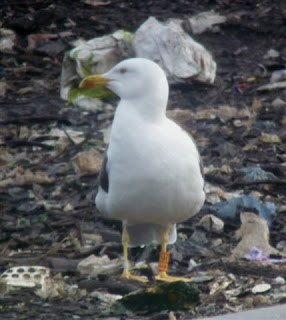 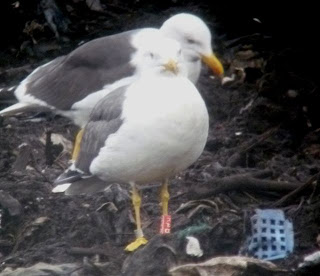