Return of the Youngsters

I really like this time of year (for lots of reasons)...but one of the many gull highlights is the growing number of immature gulls which turn up at Chouet. Unsurprisingly it is the adult gulls that are keenest to get back to their nesting grounds each early spring, but by mid-late April the number of youngsters noticeably increases. One such LBBG is Black 0.H4 ringed as a chick on Burhou in July 2009, and recorded in Iberia in  the winters of 2010 and 2012 Today it was on Chouet Landfill Beach. It will no doubt return this summer to its natal colony.It is strange because there are now lots of 3rd calendar year LBBGs on the beaches, but none so far with rings, as 2011 was the year in which our LBBGs had a near total breeding failure in all the colonies. 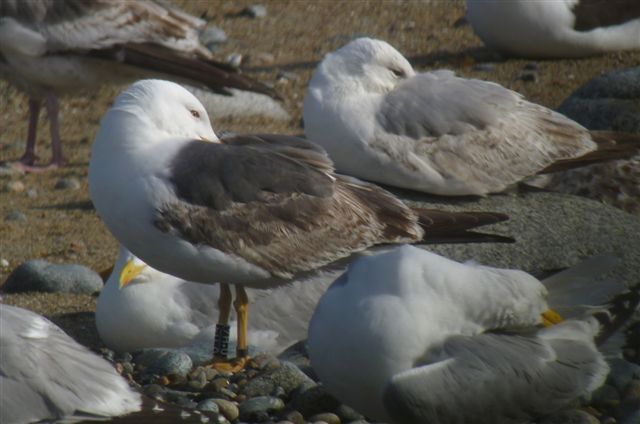 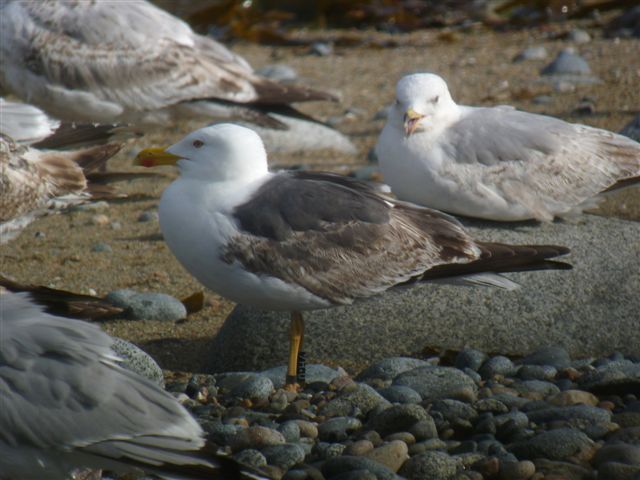 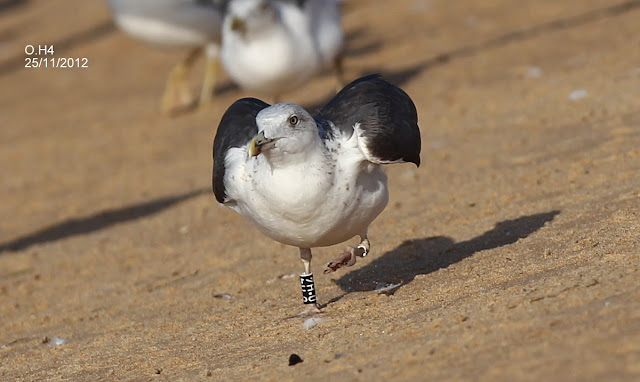 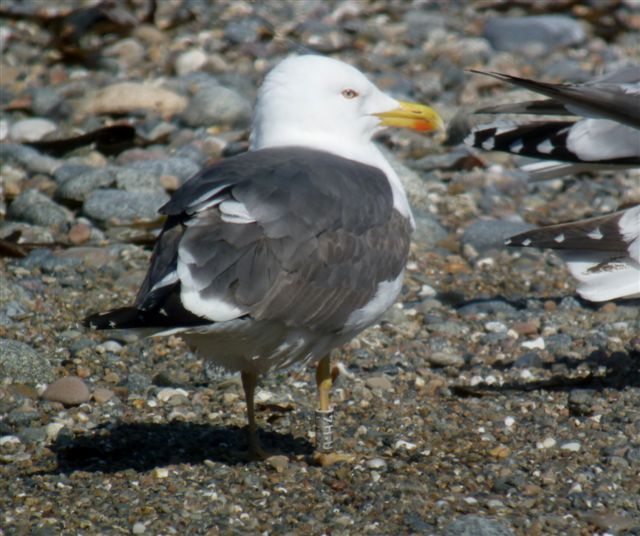