Last Friday, with a good combination of tide and weather, I smashed my previous record for LBBG sightings, with 211 recorded in a couple of hours at Chouet. In addition I recorded c 50 Herring Gulls and a handful of GBBGs (including two French and the long-staying Norwegian bird). This is probably about as good as it gets, because after recording this lot I definitely needed to rest my eyes and get a cup of coffee! Many of the birds were at close range too, but I was very focused on ring reading rather than photography  It is important to record as many of my birds back in the Islands as possible and the weekend provided the sort of opportunity not to be missed. On Saturday  Chris Mourant and I tried to ring some gulls in the landfill, but once again they were not at all interested. The following day, Chris, Catherine, Sophie and I managed to begin the 2013 Seabird Monitoring with a quick trip out to one of the Great Cormorant colonies, where we ringed ten chicks. 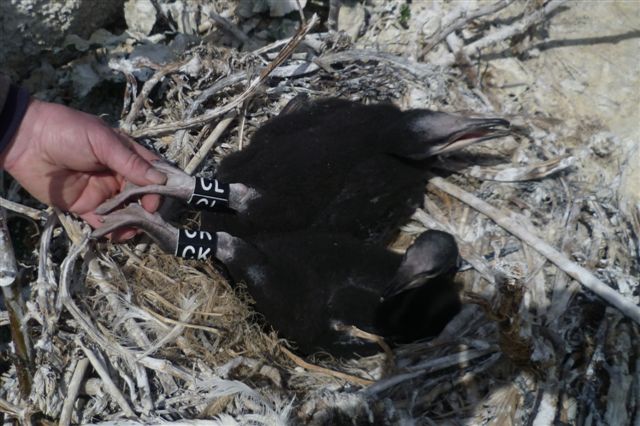 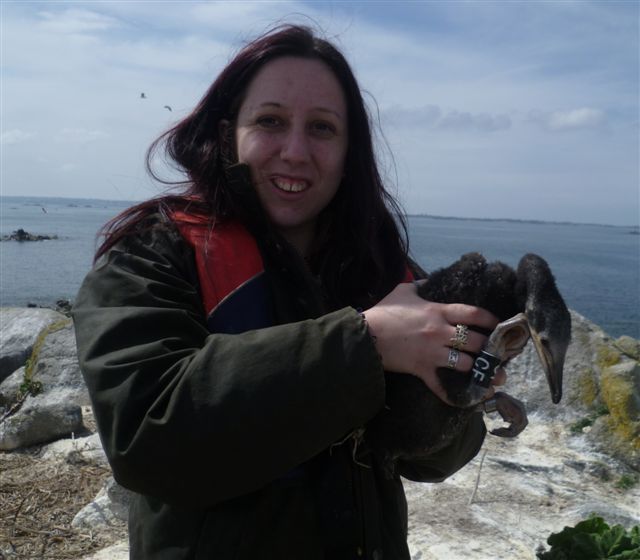