I've commented several times before on this blog about how rare it still is in Guernsey for Herring Gulls to nest on roofs. At present the birds continue to nest at traditional sites on the Island's cliff coastline and offshore islands and islets...and long may it remain so! A handful of Herring Gulls (but not yet any Lesser Black-backed Gulls to my knowledge) buck this ancient trend...and have begun to nest on domestic roofs...but they are very few and far between. Each year I only get to ring one or two chicks from such nests. I'm always keen to colour ring these chicks to see if they adopt their parents nesting habits or return to the islets or cliffs when they are old enough to breed (by their 5th calendar year). Today I ringed the only chick from a roof nesting pair I've seen this year - White 2HV9. The parents are most fortunate in that their human hosts feel privileged to have the birds nesting on the roof...despite the mess and the noise! 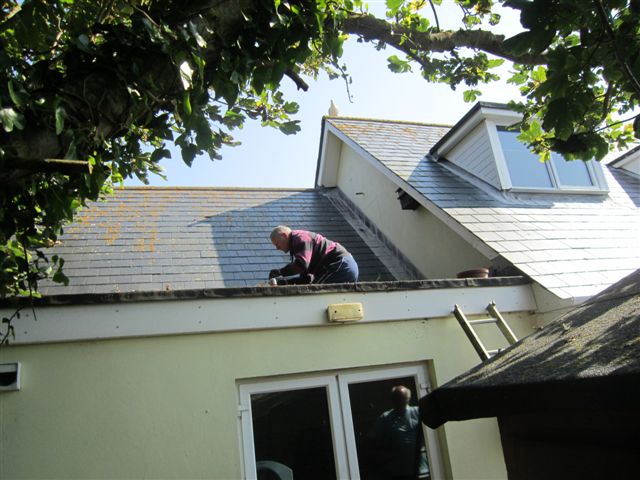 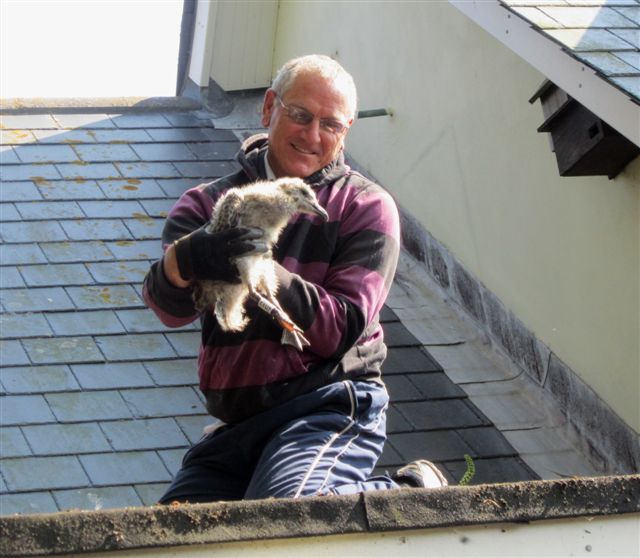