The Greatest Journey Ends Where it Began.

Last weekend, with the help of the Alderney Wildlife Trust, I made my annual visit to Burhou to monitor the breeding success of the Lesser Black-backed Gull colony (c 1,200 pairs).  This is the first of several postings I will make resulting from that visit.


In the main gull colony we found a freshly dead Lesser Black-backed Gull (no sign of predation or oiling or being hooked or caught in fishing line). The bird’s posture indicated that it may have been killed in a territorial fight with another LBBG. Turning the bird over, we saw the colour ring - Black 6.T5. This gull had been ringed as a chick on Burhou in July 2010. It fledged successfully and was recorded at Quarteira Beach in the Algarve, Portugal that October by Michael Davis. Unlike most of our young gulls it did not however stay in Iberia, it continued into Africa and was recorded on 15 February 2012 at Tanji Bird Reserve in The Gambia by Clive Barlow. To date this is the most distant migration of any Lesser Black-backed Gull ringed in the Channel Islands (a straight line distance from Burhou of more than 4,250 km!). Although it is marvellous to know that this young gull did make it all the way back to its natal colony, where it would most likely have first bred this year or more likely next, I am really disappointed that this great traveller is dead. 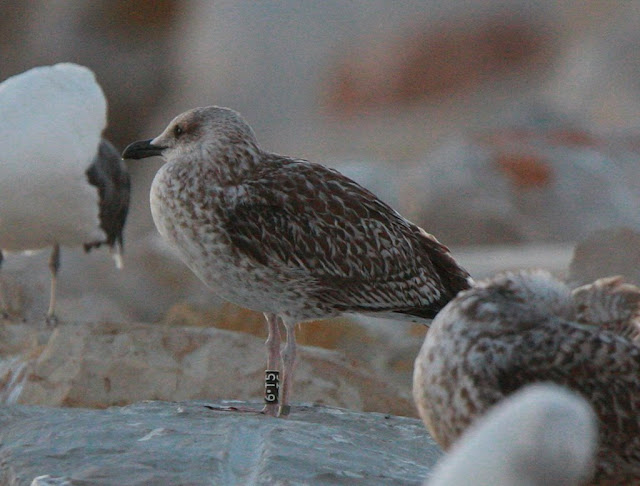 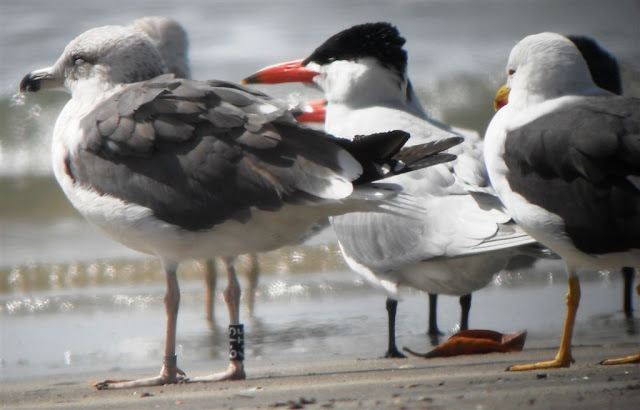 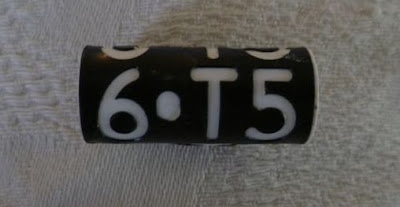 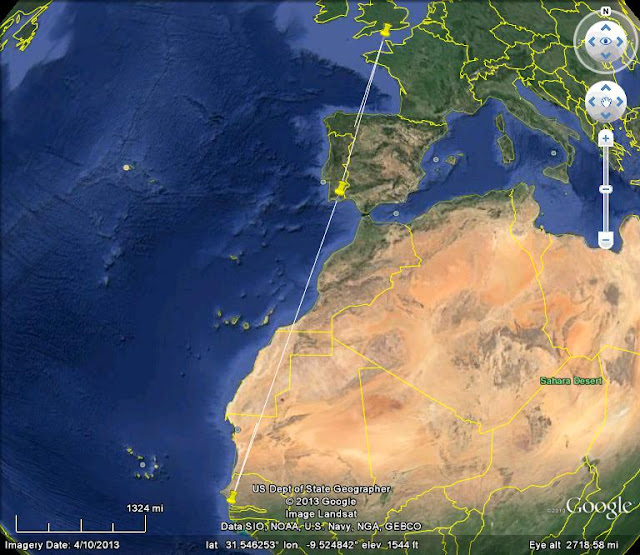 The Movements of LBBG Black 6.T5
Posted by Guernsey Gulls at 17:39