It has been such a  long time coming...and in the end I just about lost confidence in being able to identify one...but today...as well as an adult Yellow-legged Gull on L'Eree Bay, there was also a (for me mythical) 1st winter bird on Vazon Beach. I was not going to post this until I'd checked with a couple of gull experts who know a lot more than me (Antonio Gutierrez in Spain and Paul Roper in England)...but it would seem we all agree the bird seen and photographed is indeed my first ever 1st winter michahellis in Guernsey! Seldom have I been so thrilled (and relieved) to have seen such a relatively common bird. Now the hardest part is over...surely now just like buses...the first has come...so many more will soon follow?!!! 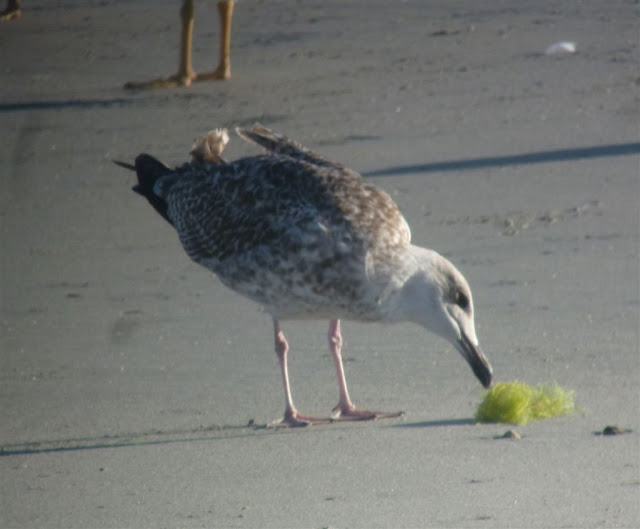 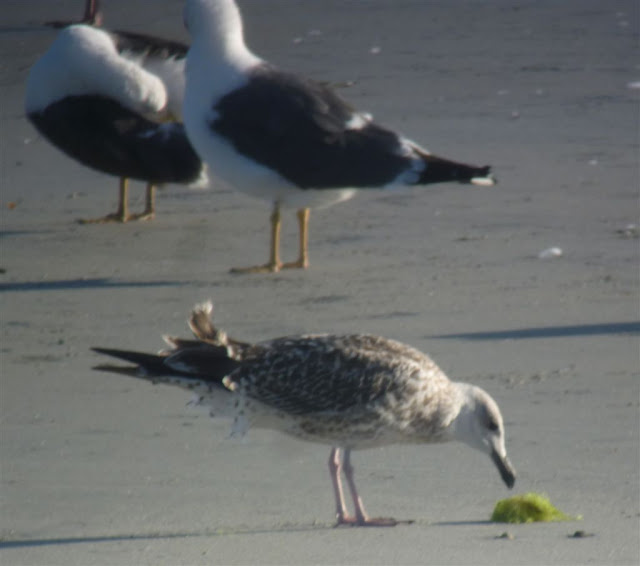 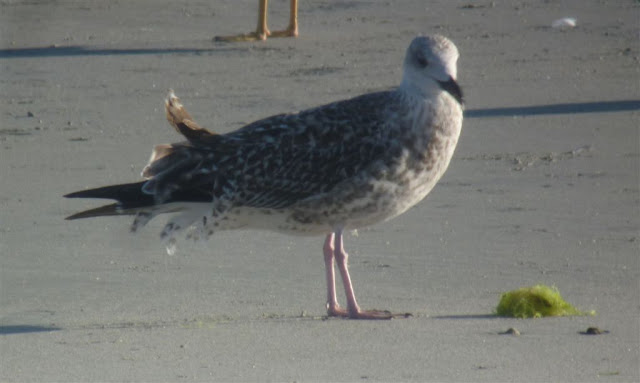 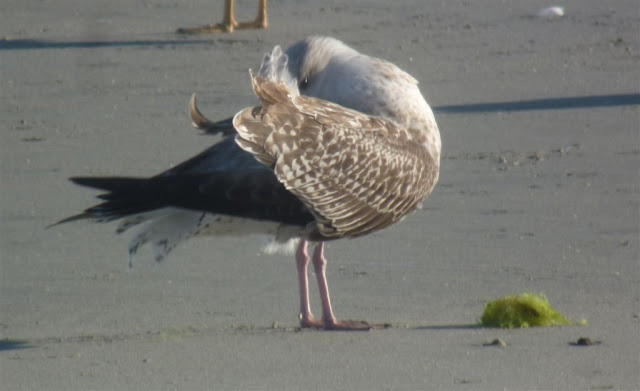 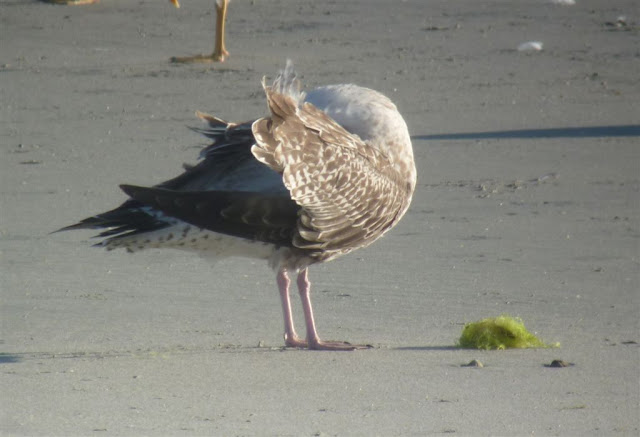 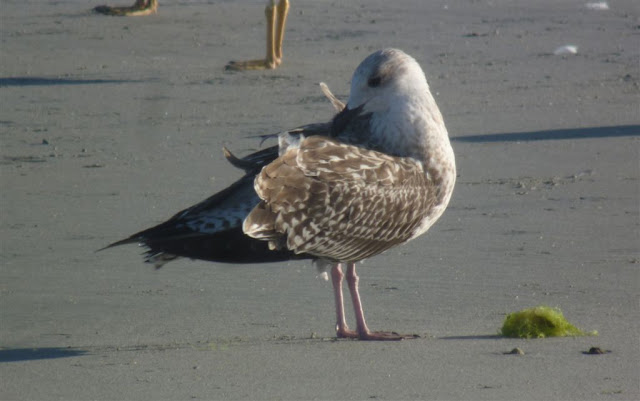