Another Welsh LBBG and the First Juv GBBG from England.

The last couple of days have seen plenty of interest. A visit to Chouet landfill yesterday morning demonstrated very clearly that the majority of Lesser Black-backed Gulls have migrated away from the islands. Only 24 cr birds were observed in the usual two hours watching. Once again the landfill is taking on  a pale grey sheen, as Herring Gulls vastly outnumber any other species. Amongst 100+ juvenile gulls in the landfill were a reasonable number of LBBGs - including Black 2CCO ringed on Sark at the end of June.
A run down the coast this morning was always going to be difficult, given the quickly rising tide...but again it was very worthwhile with 23 of my cr LBBGs, and an adult bird ringed on Flat Holm Cardiff, Wales. The first juvenile GBBG of the autumn from Cornwall, England was also seen today - White L:BB2, the other four French-ringed and single British-ringed GBBGs had all been observed previously on Guernsey. 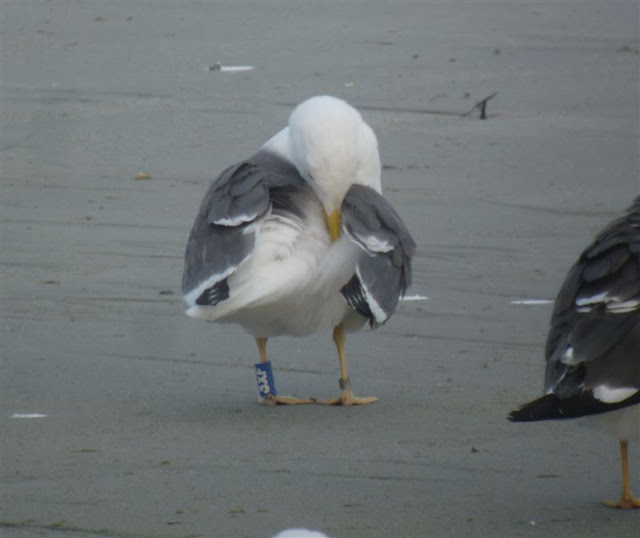 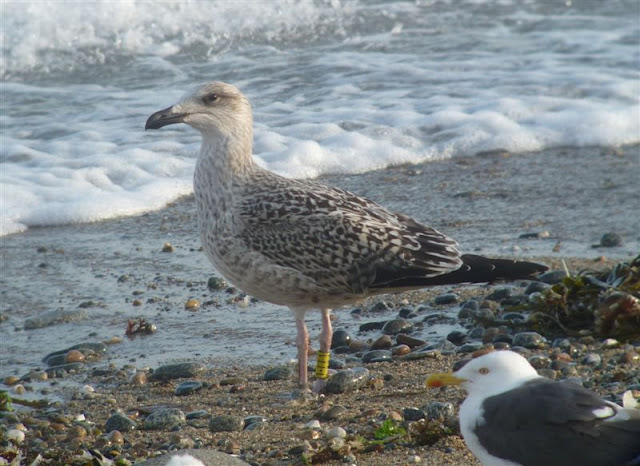 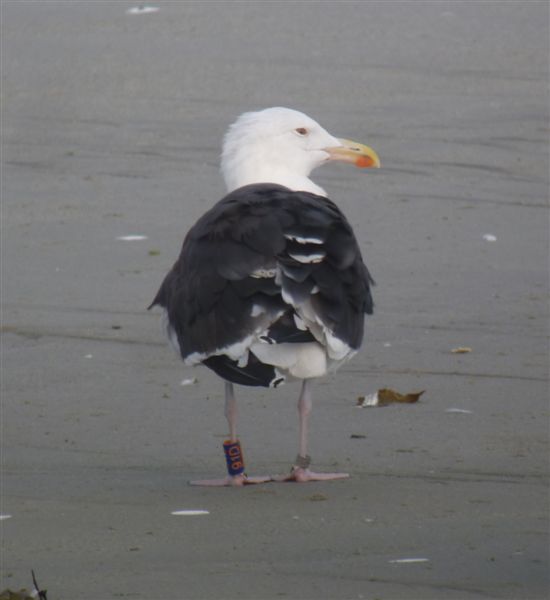 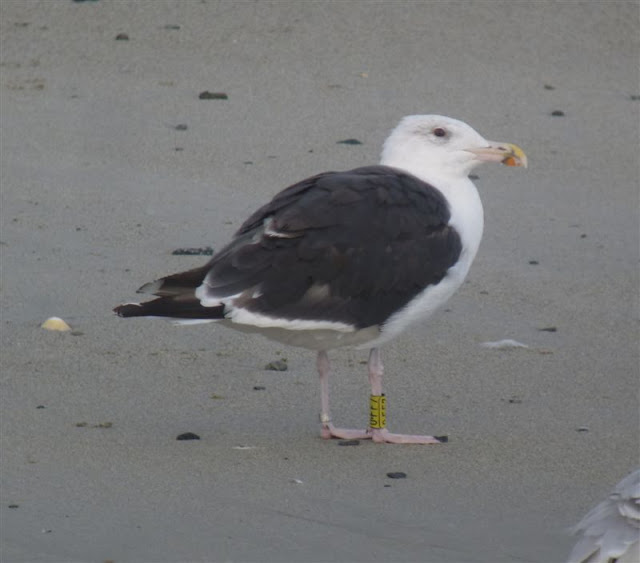 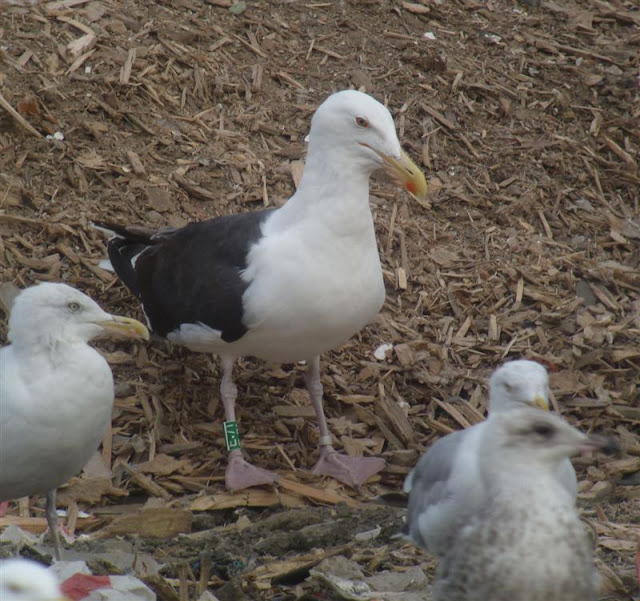 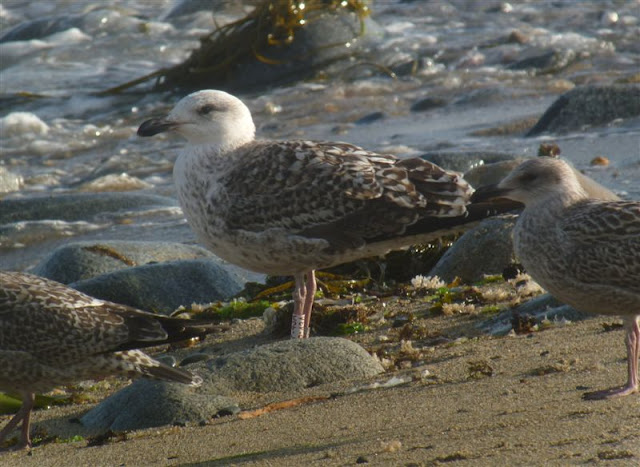 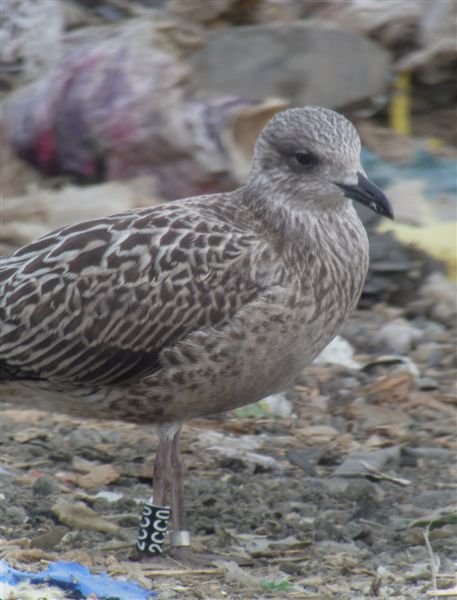 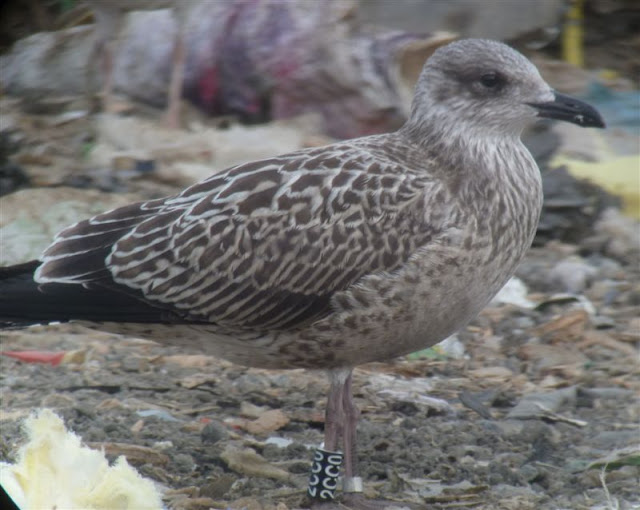 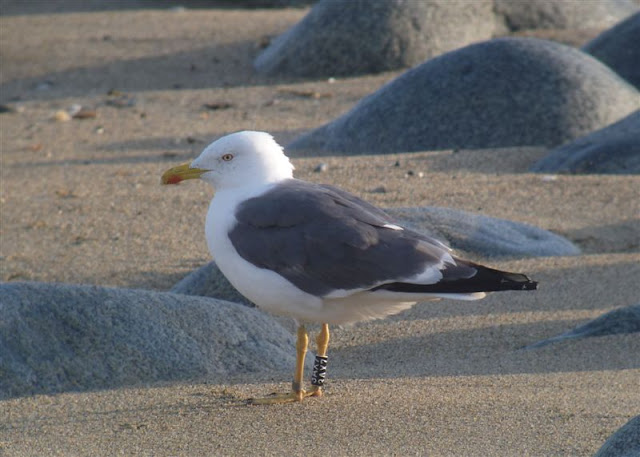 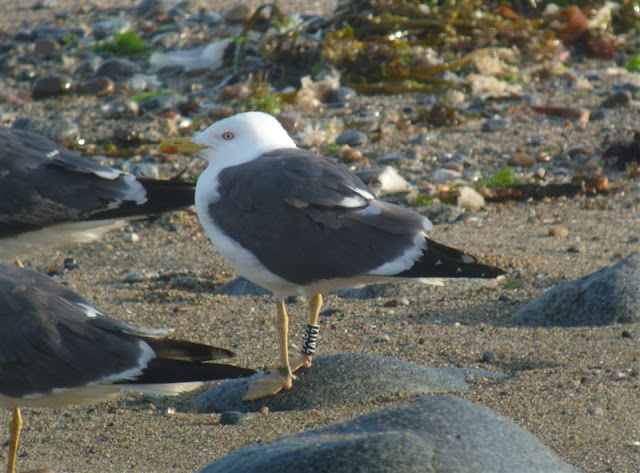 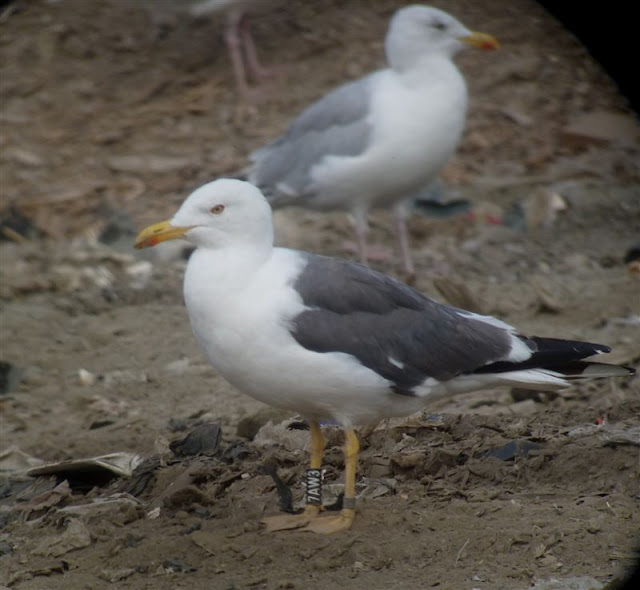 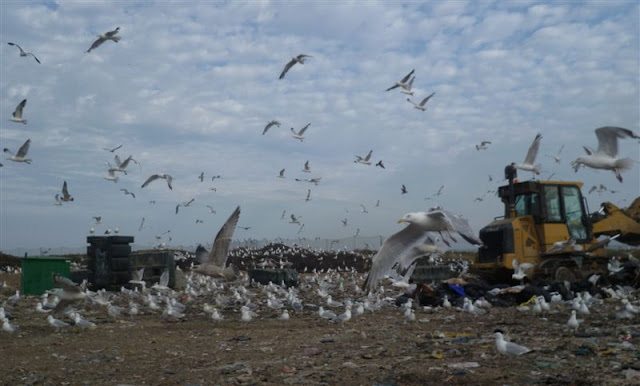 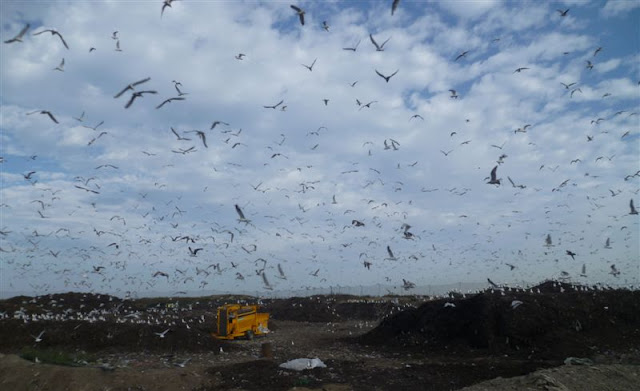