With a headline like that...you just know that I must be talking about Mediterranean Gulls! Today I visited Bellegreve Bay to see if the regular late summer passage migrant Mediterranean Gull White 3E90 (ringed at Zandvlietsluis, Antwerp, Belgium is back for its 7th consecutive late summer in Guernsey. It is!
However...amongst the ten Mediterranean Gulls seen at Bellegreve Bay, there were two more colour-ringed birds - a Juvenile Green RN09 (presumably from Pas-de-Calias, France) and White E898 (A 2nd year bird from either Belgium or The Netherlands). Incredibly two more of the Mediterranean Gulls were metal ringed only (both on tibias) - so 50% of the Mediterranean Gulls observed were ringed.
One of the 15 Black-headed Gulls was also colour-ringed - White TARM. This gull was ringed at Pryzkona Reservoir, Turek, Poland as a 2nd year bird in May 2010. It has now been recorded in the four consecutive following autumns/winters in Guernsey! 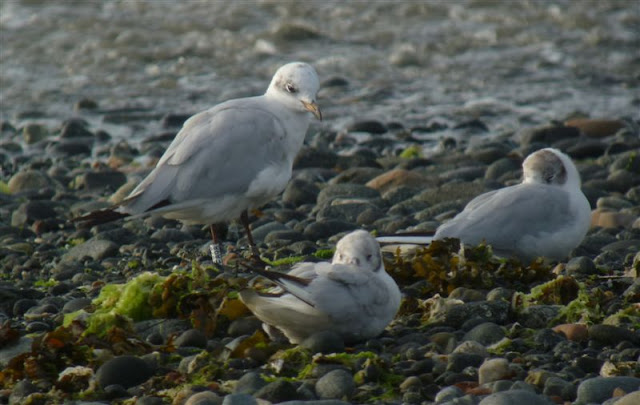 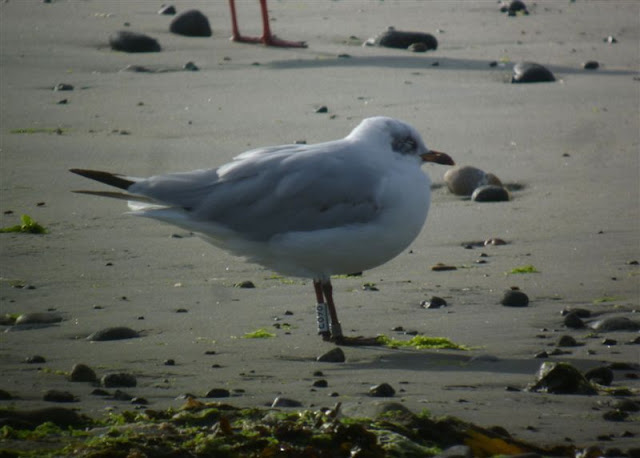 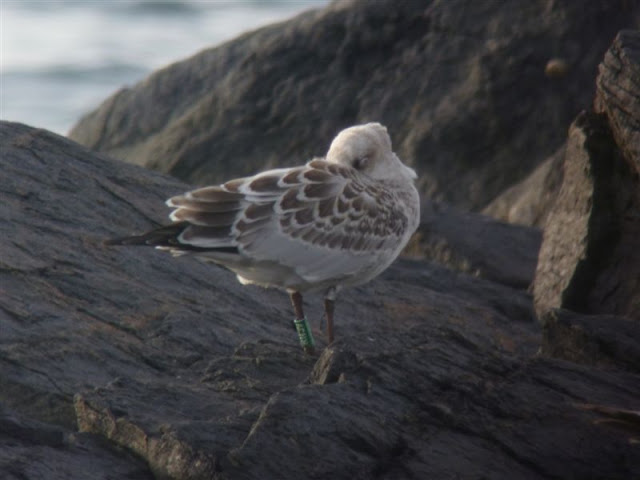 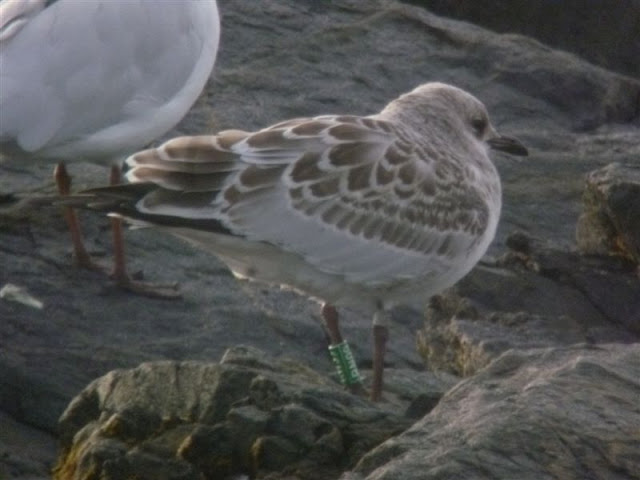 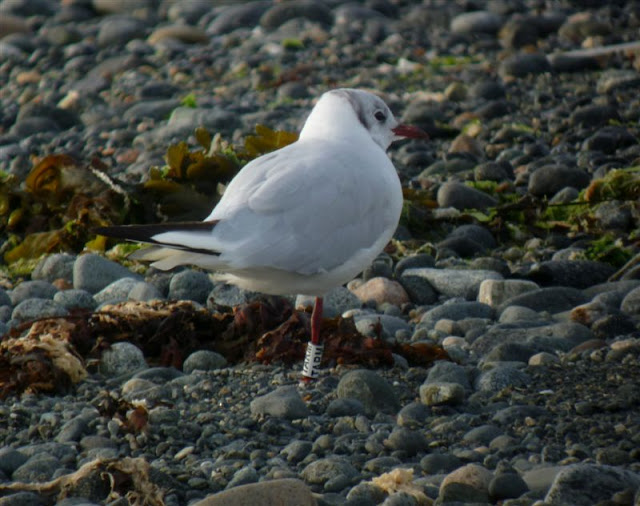 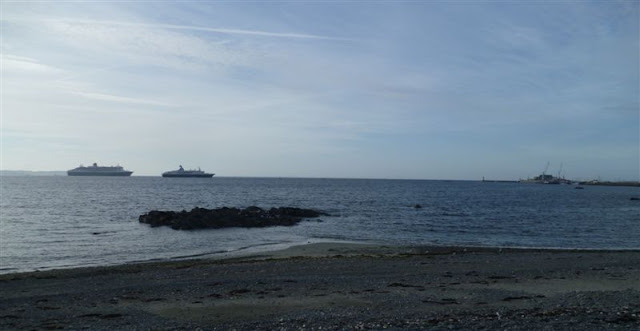 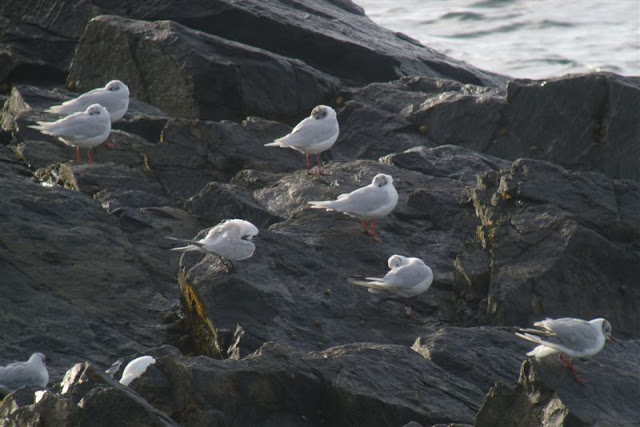