A Hint to the Possible Origins of Yellow-legged Gulls in Guernsey?

A bold title considering we have only colour-ringed three Yellow-legged Gulls so far in Guernsey! However...such is the success of colour ringing as a research tool that we already have observations of two of the three gulls outside the Islands! White 1FC1 was ringed at Chouet Landfill as an adult male on 24 May 2012. Its only other sighting so far has been on 13 December 2012 at Blaringhem, Nord, France (Harry Vercruijsse).
Perhaps more intriguing is Black 1AT2 ringed as a juvenile male on 29 July 2012 in our garden near Chouet. I saw it a couple of times until early September, then on 05 January 2014 it turned up at Tarragona Harbour, NE Spain, where it has been recorded eight times (most recently on 11 January 2014) - (Albert Cama, Raul Aymi, Pau Lucio and Pauly Matxalen). The bird has also ventured south to Gandia Harbour, Valencia. This is probably an Iberian-bred michahellis which moved north shortly after fledging. Hopefully the bird will be seen for many years to come, confirming its breeding colony. As bird watchers in Guernsey will be aware Yellow-legged Gulls are becoming much more regular in the Channel Islands in recent years. 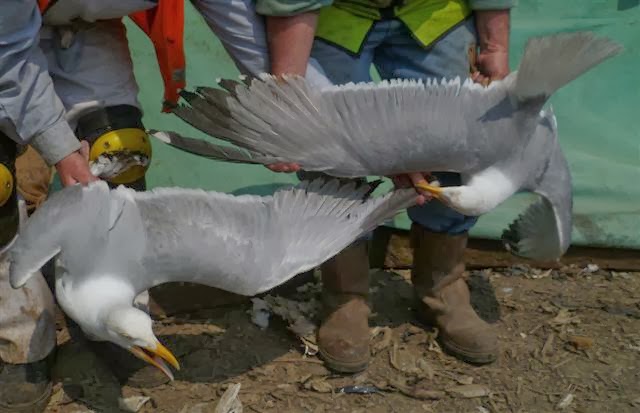 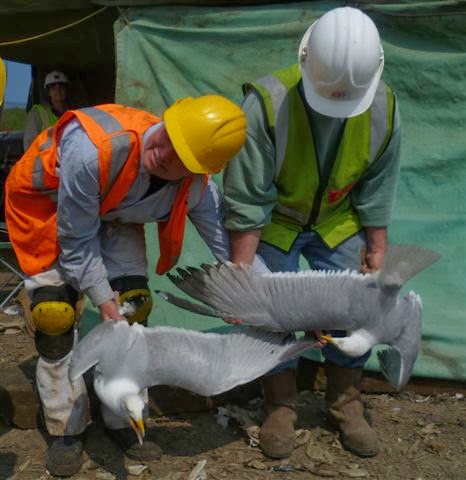 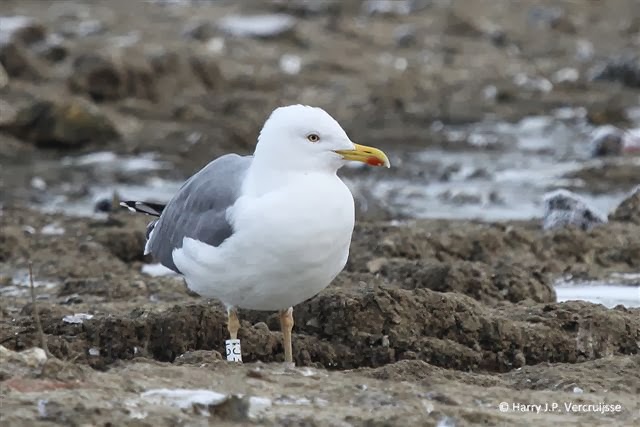 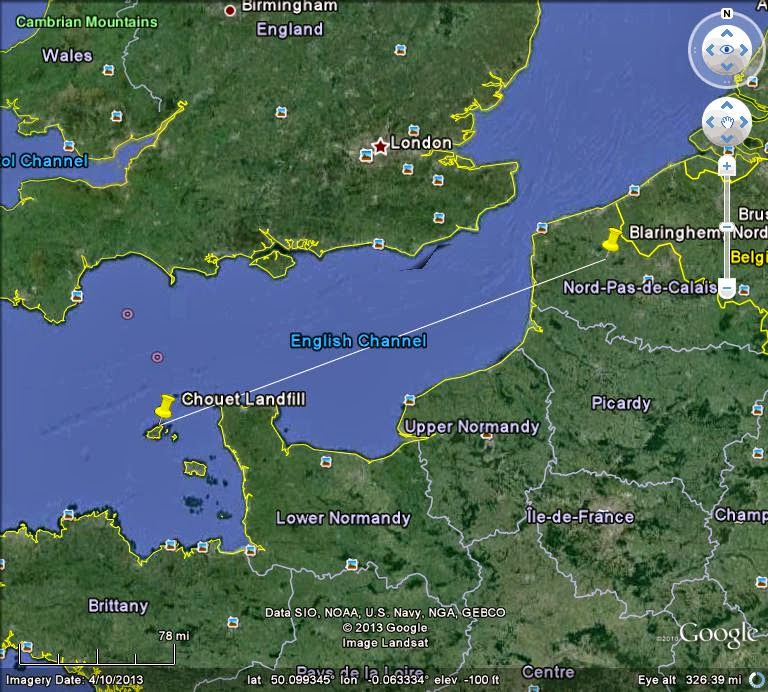 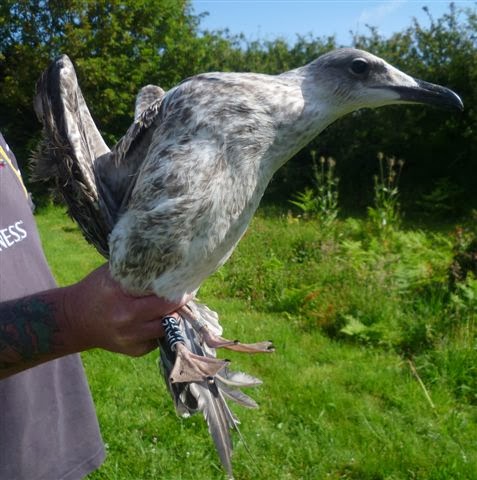 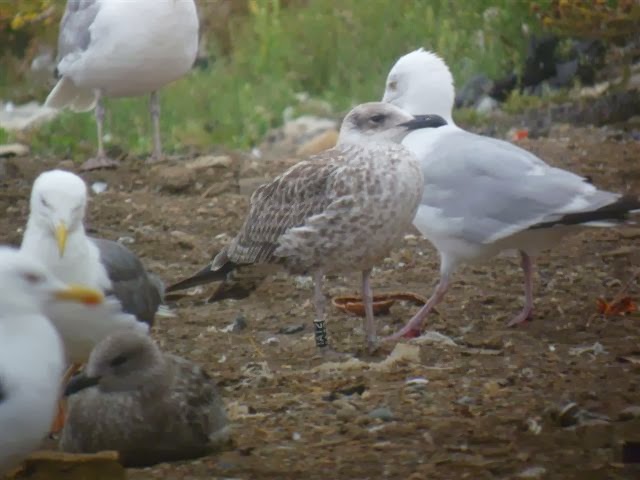 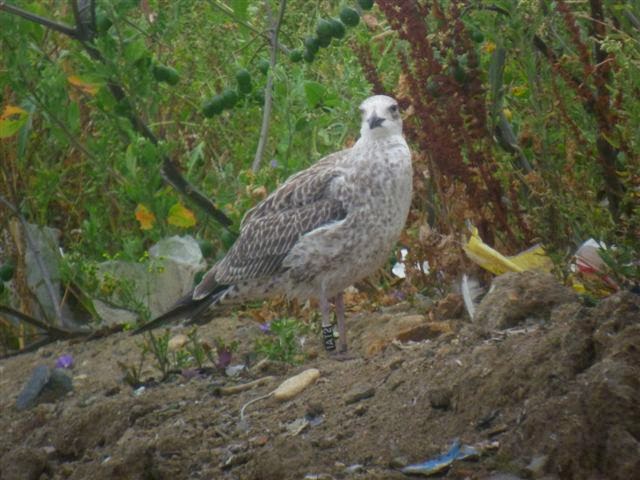 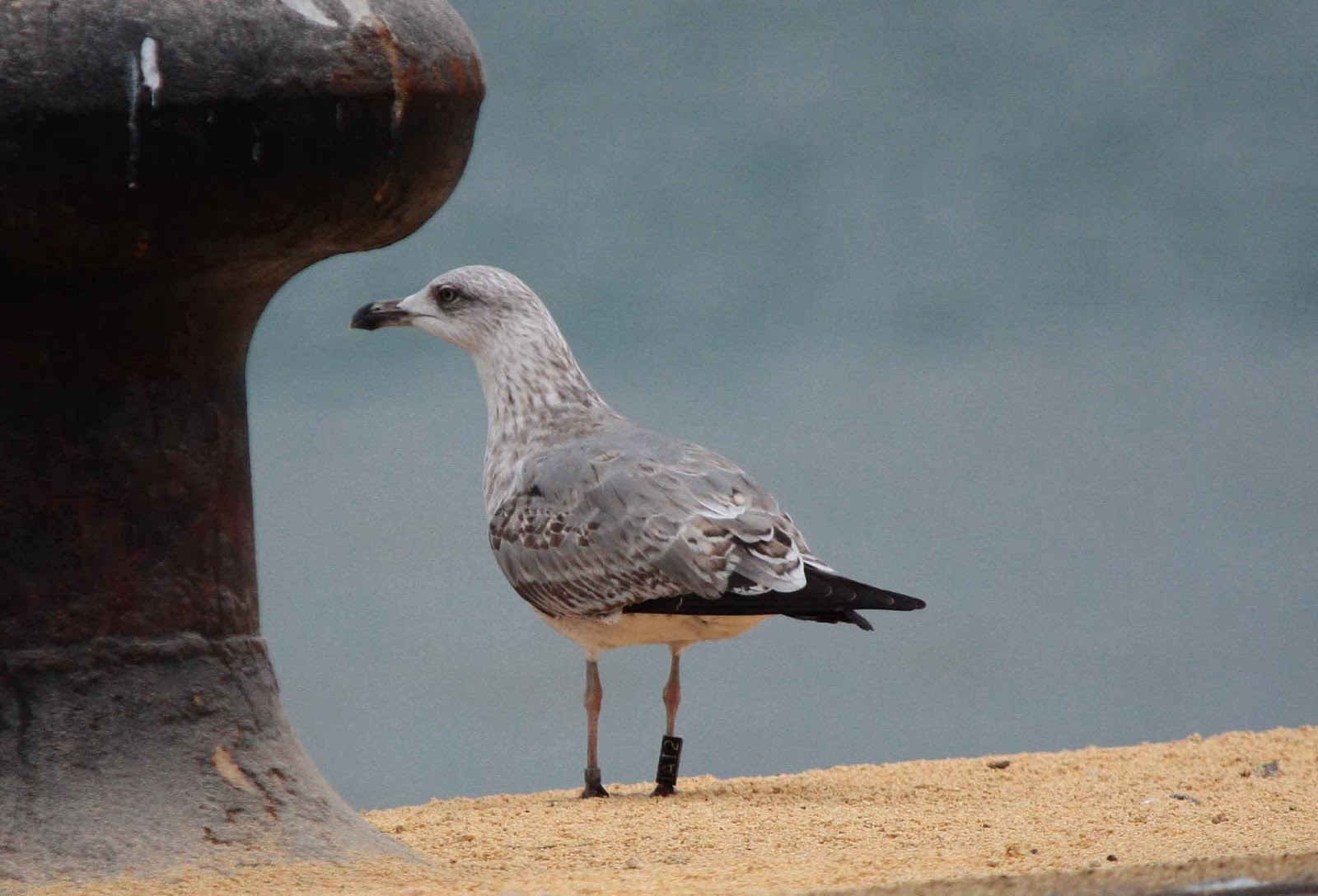 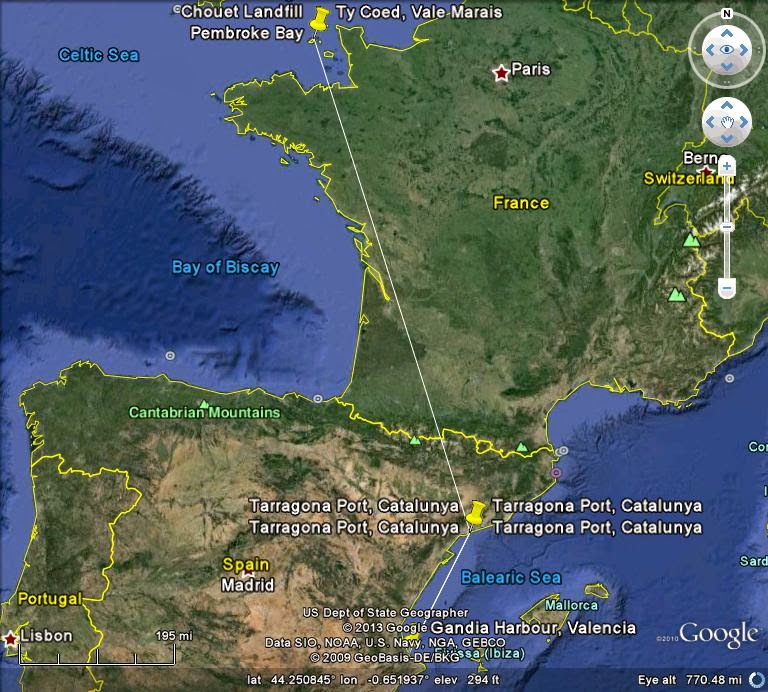 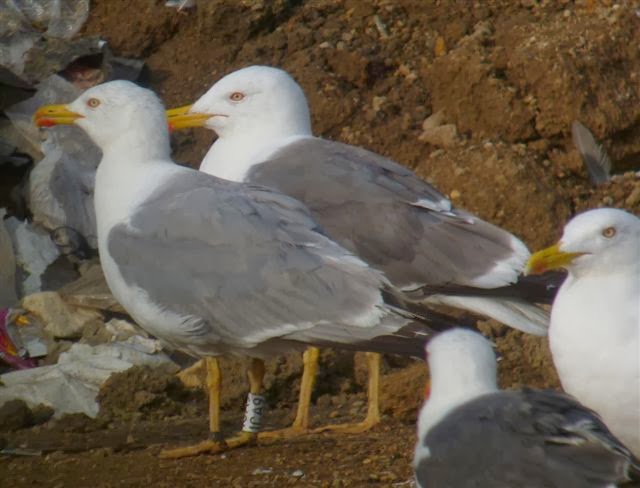