Most of my gulling this weekend has been spent watching the adult Kumlien's Gull and 2nd W Glaucous Gull in St Peter Port Harbour. Stunning views were obtained of both gulls, sometimes both in the same field of view. Watching these two stunning "white-wingers" flying around our Fish Quay made me wonder if this was some bizarre dream...and I was actually 1,000 km further north at the legendary (for white-winged gulls) harbour at Peterhead in NE Scotland. I'm not aware of any previous opportunity in Guernsey to see Kumlien's and Glaucous Gulls in Guernsey in the same field of view...and I wonder how many years it will be again before this wondrous sight is repeated here?! The photos below show nothing more than the atmosphere...although the eagle-eyed amongst you will probably be able to find the Kumlien's Gull. For what the birds truly look like...far better to see Anthony Loaring's photos in the previous blog posting! 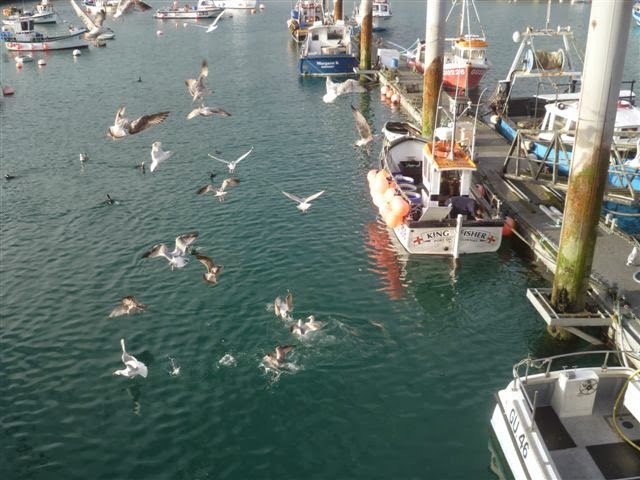 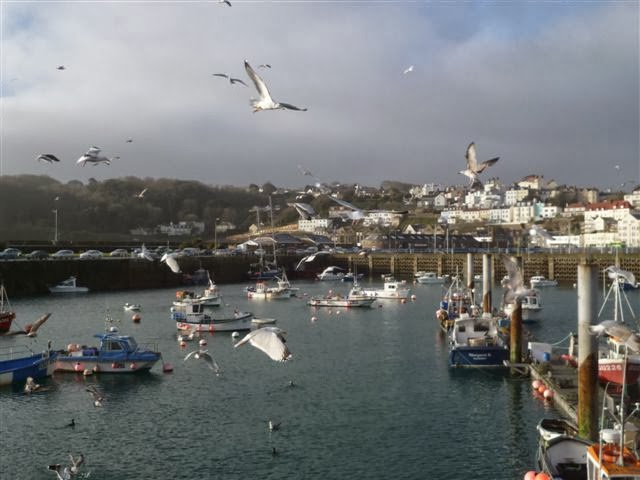 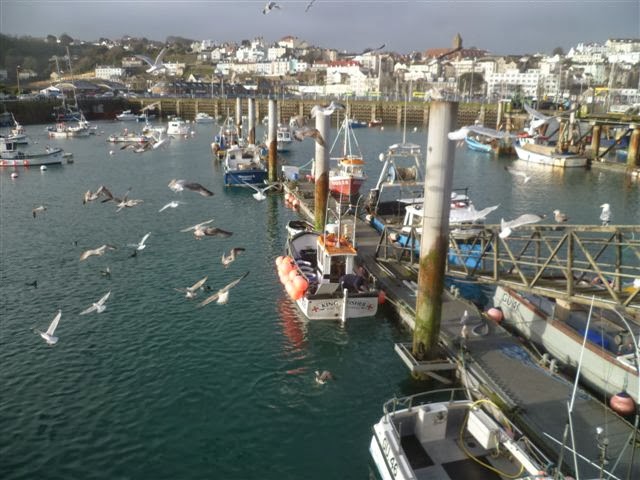 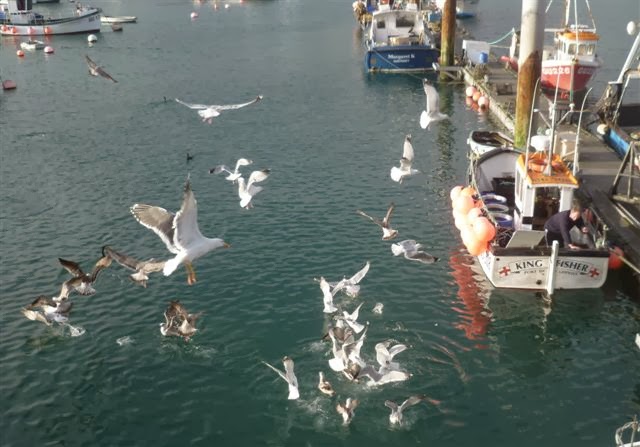 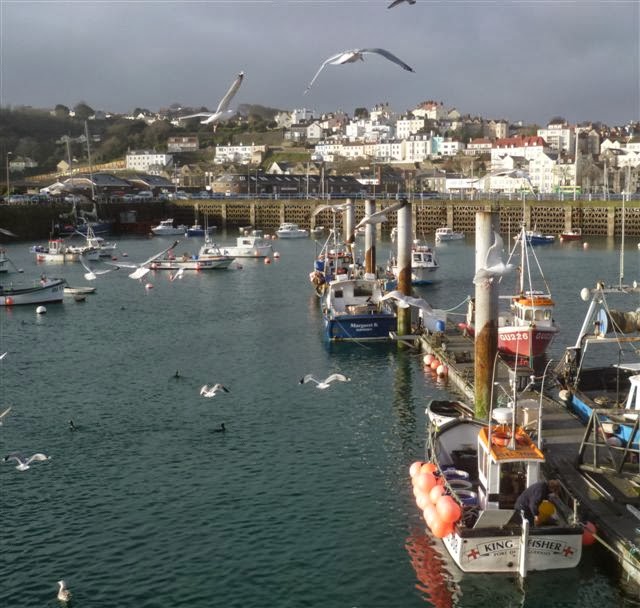