The Fun of Learning about our Gulls

One of the things we are trying to learn about gulls nesting in the Bailiwick of Guernsey, through our colour ringing programme, is fidelity (or otherwise) to natal sites. With the studies commencing in 2008 (LBBG) and 2009 (HG and GBBG) we are only now beginning to get the first clues from chicks ringed in those early years, as they approach maturity and make their first breeding attempts.
In regard to GBBGs we already have confirmed reports from Jean-Michel Sauvage of a metal-ringed chick from Burhou, Alderney in 2005 now nesting regularly in the town of Boulogne, Pas-de-Calais, France. We may now be on the cusp of receiving our second confirmed case of emigration for GBBGs with news that Yellow 0.AA6 (a chick ringed on Jethou in June 2010) is being regularly seen on, and in the vicinity of, Looe Island in Cornwall, where there is another significant colony of GBBGs which is being well studied through a colour ringing project being led by Bruce Taggart. The Guernsey GBBG may make a breeding attempt this year, or scout the colony ahead of next season. 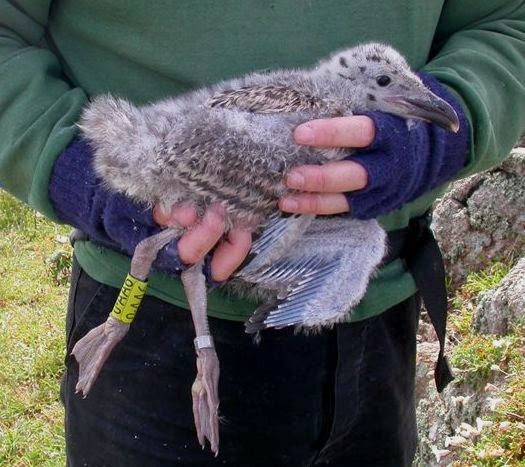 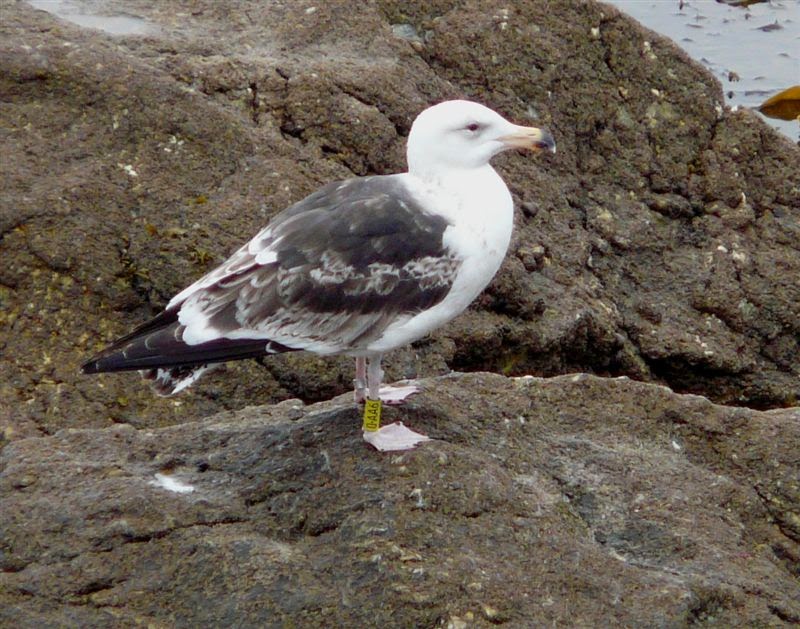 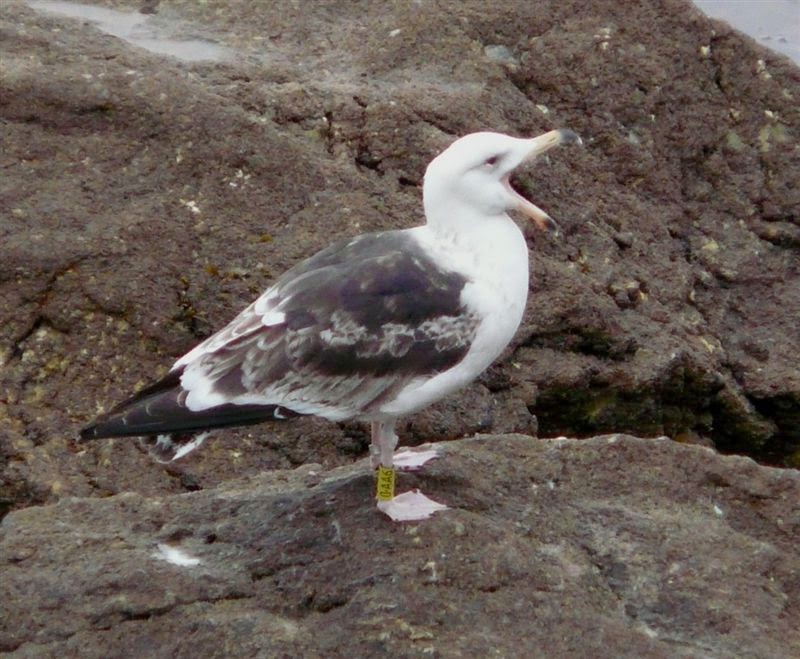 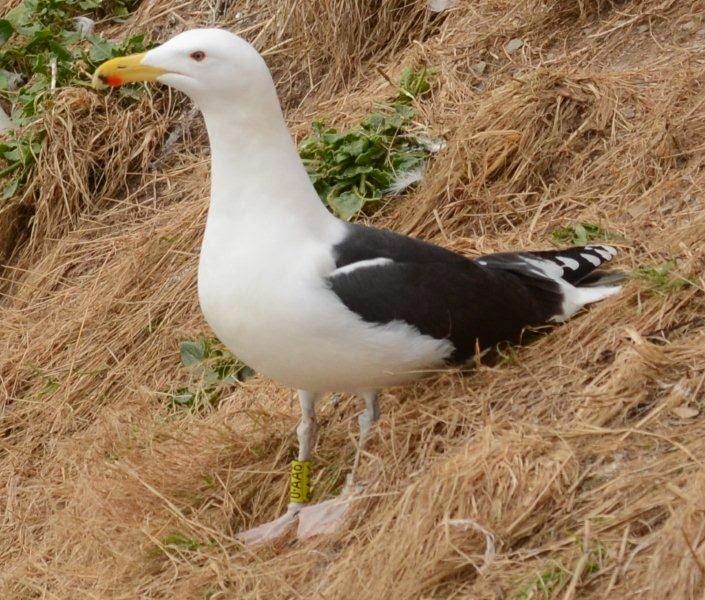