Another Great Trip to Portugal

Last week I was fortunate enough to be able to spend a few early mornings looking for colour ringed gulls around Quarteira in the Algarve, Portugal. Despite being a month earlier than I would  normally visit Portugal there were very good numbers of gulls at Quarteira (4,000+ on some mornings). Lesser Black-backed Gulls were the most numerous at this site. Other sites which are normally very productive (Portimao Fish Port and Porto do Lagos Landfill) were far less so this time, but I only passed the former site twice (both times when fisheries activities were minimal), and visited the landfill once.
Given the limited time available to record gulls, I was very pleased with a total of 106 colour ring sightings involving 80 different birds as follows:- 68 Lesser Black-backed Gulls, nine Yellow-legged Gulls and three White Storks. The Yellow-legged Gulls were all ringed in Iberia (five in Portugal and four in Spain).
The country breakdown for the LBBGs was :- 18 Guernsey, 16 The Netherlands (two projects), 10 England (three projects),six Wales, four each Belgium (two projects) and Portugal, three France, two each Scotland and Norway and singles from Iceland and Spain.


Watching large flocks of LBBGs in the tranquillity of a Portuguese dawn, golden sand at your feet, with the warm sun rising fast in a cloudless sky must surely be one of life’s great treasures....especially when  you are observing some of the same gulls as you see so far away at home! 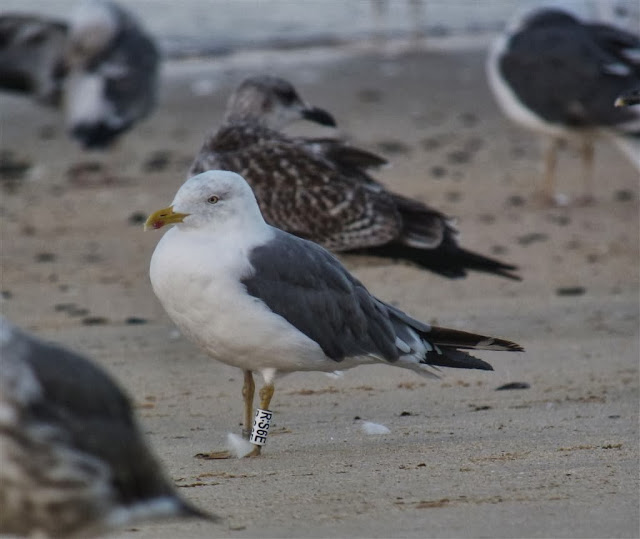 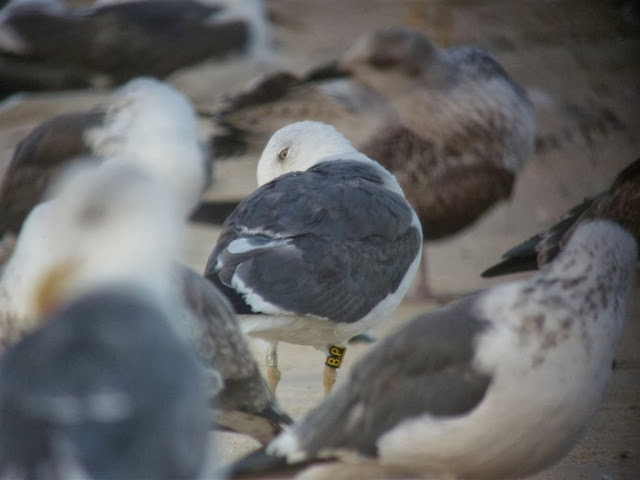 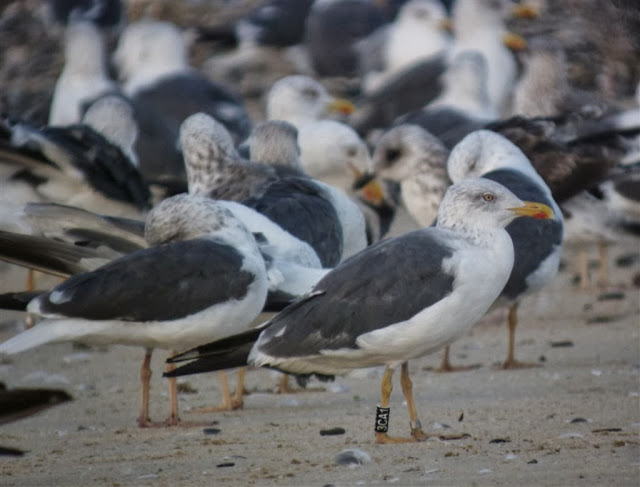 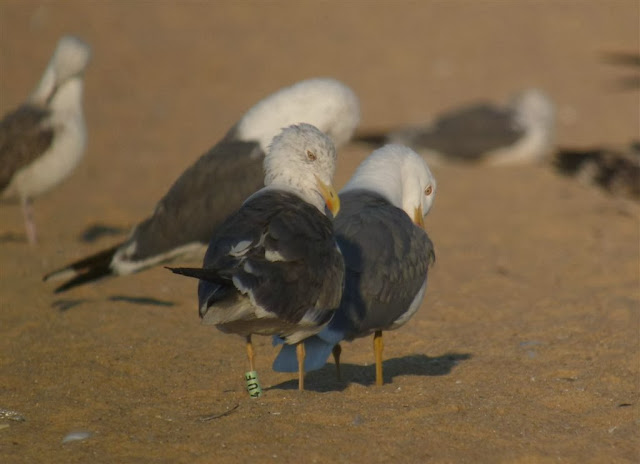 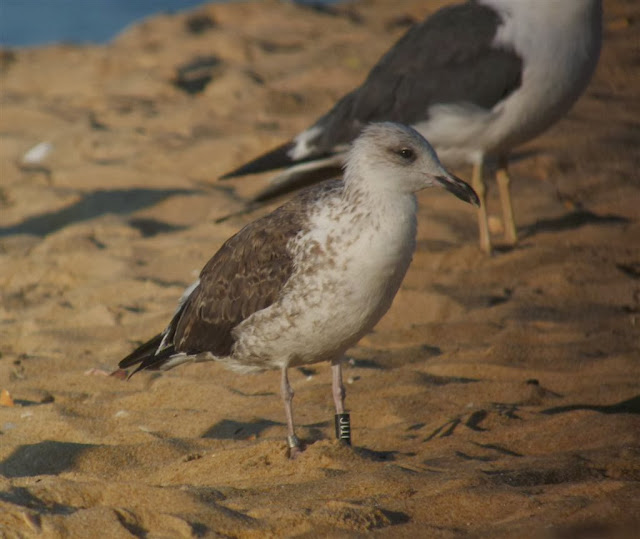 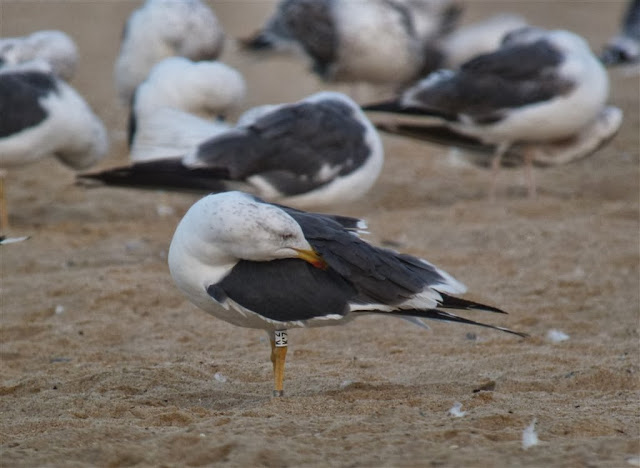 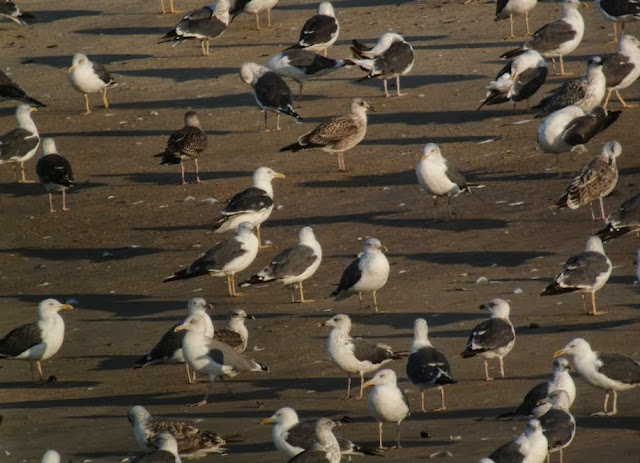 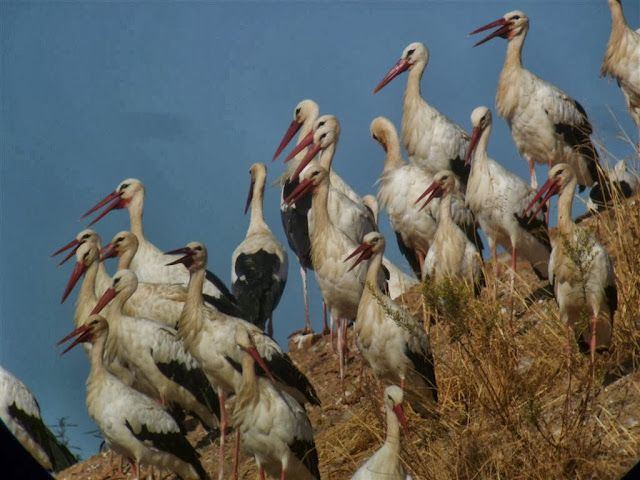 White Storks at Porto do Lagos Landfill
Posted by Guernsey Gulls at 19:32