Back to the Landfill

With an early morning high tide, and thick mist after dawn, I spent 90 minutes at Chouet landfill. As expected there were few adult LBBGs (less than 50) but amongst them was Norwegian bird - Black JP50, ringed as a chick in July 2006 in Vest-Agder. Amongst a handful of GBBGs were three French-ringed birds from Chausey Islands. It was heartening to see so many juvenile gulls feeding at the landfill, mostly Herring Gulls (with very few cr birds!), but also a small number of LBBGs and GBBGs. 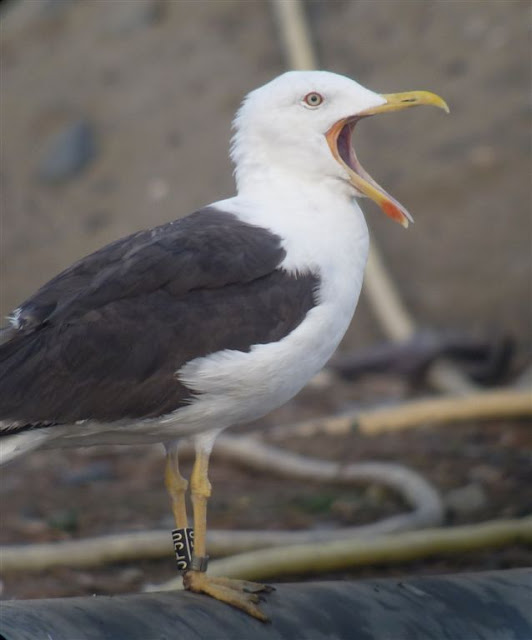 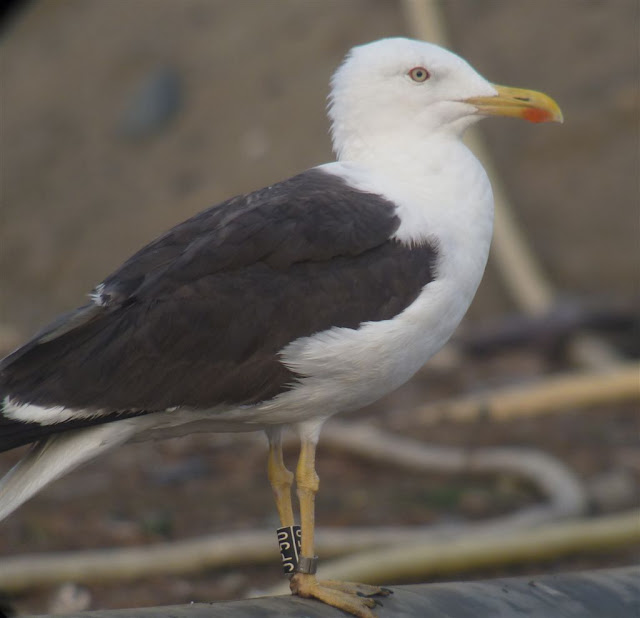 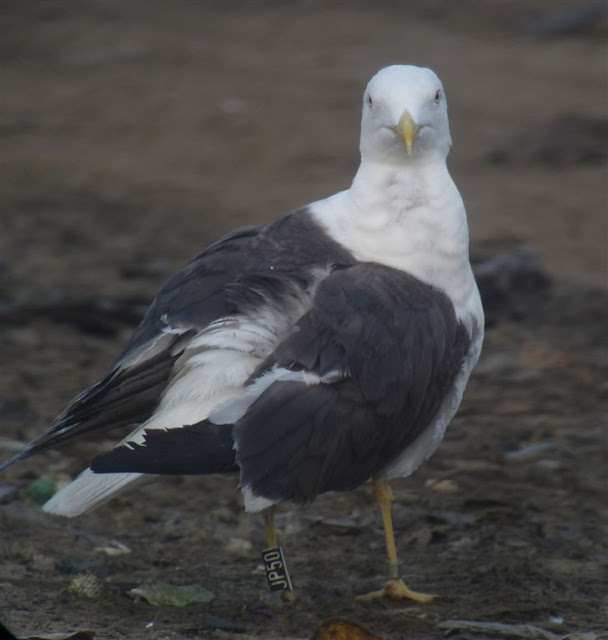 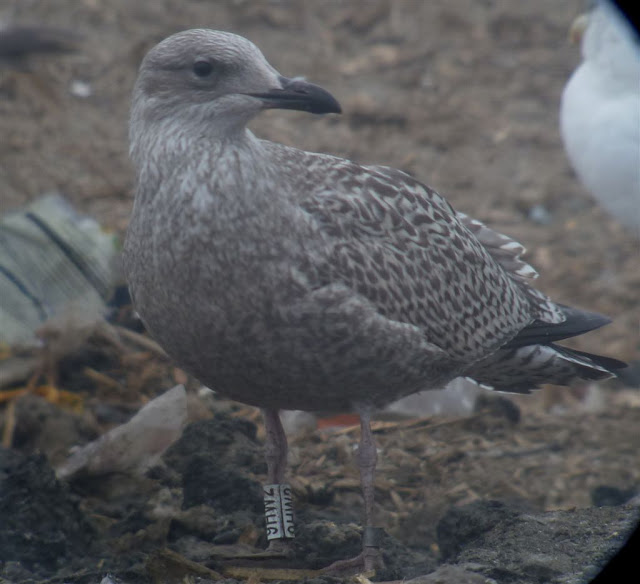 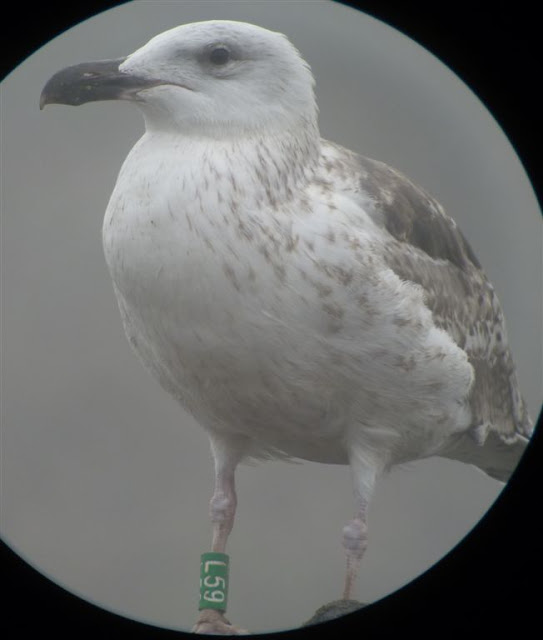 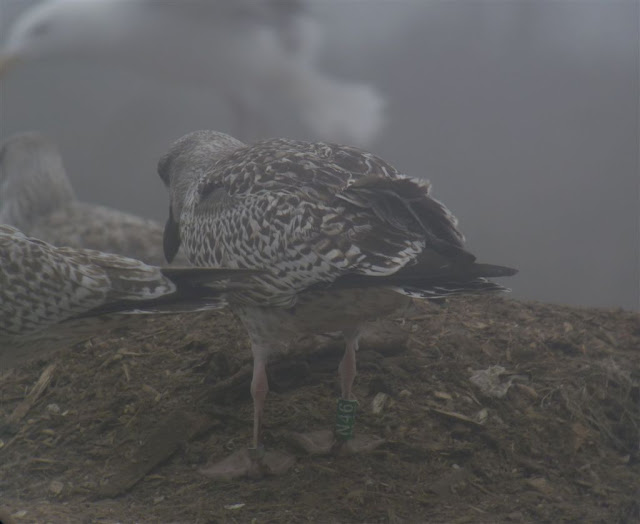 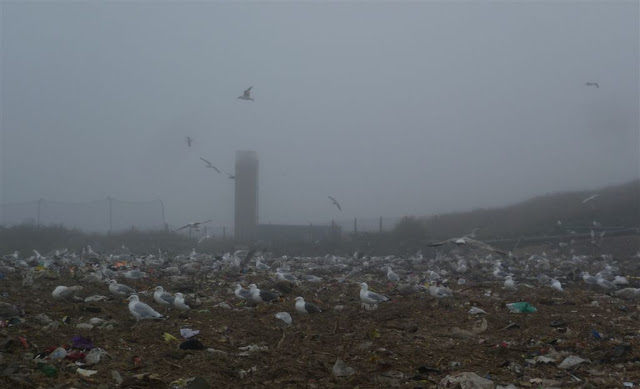 Chouet landfill in the Mist
Posted by Guernsey Gulls at 09:48