Amongst the foreign-ringed Lesser Black-backed Gulls I saw at Quarteira, Portugal, last week were two birds that I had already seen on passage through Guernsey! Blue USA.G was ringed by Eric Stienen as a chick at Zeebrugge, Belgium on 13 July 2012. On 18 August that year it was showing very well at Chouet landfill, Guernsey. I saw it again on 16 and 18 September 2013 on the beach at Quarteira .
The other bird was LBBG White A+S, a chick ringed in Bristol, England on 23 June 2011 by Peter Rock. It was recorded last winter in November and April at Quarteira by Michael Davis.  I was fortunate enough to see this gull on spring passage through Guernsey on 23 May this year! On 18 and 20 September 2013 I met up with the bird again some 1, 450 km away on a beach in Southern Portugal! Life sometimes throws us some strange and pleasant coincidences! 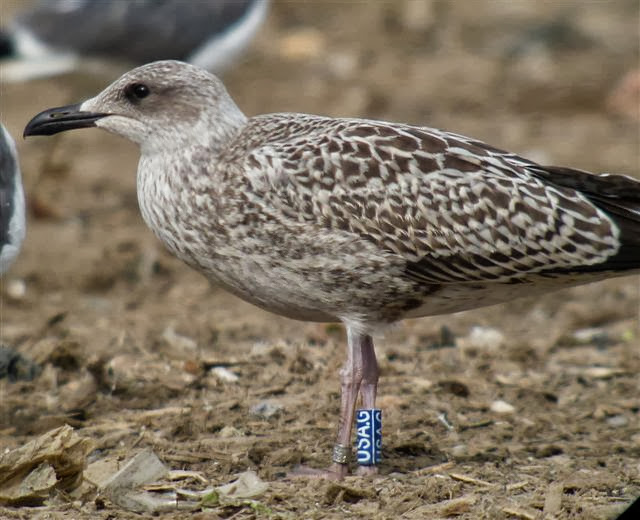 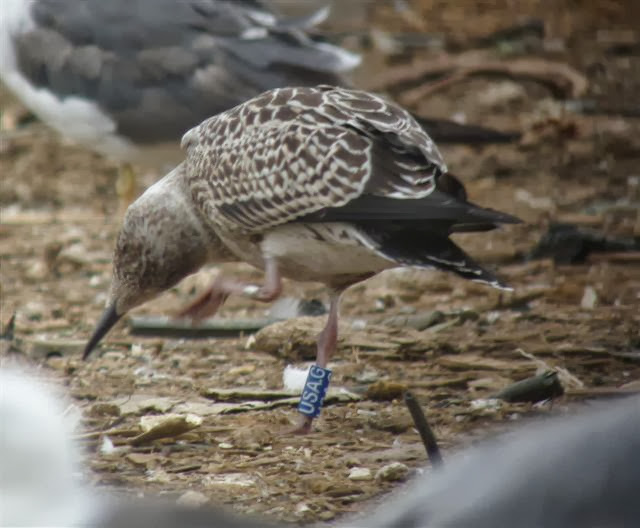 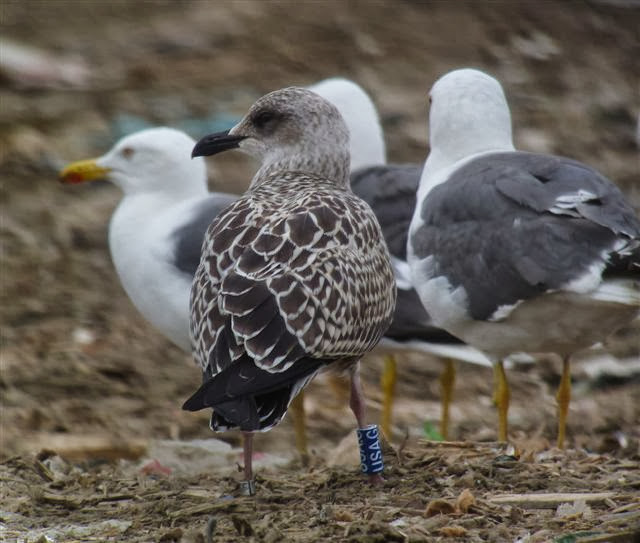 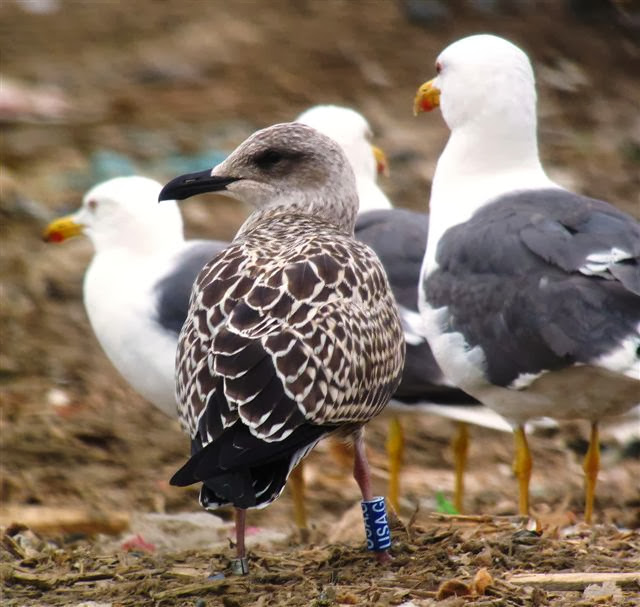 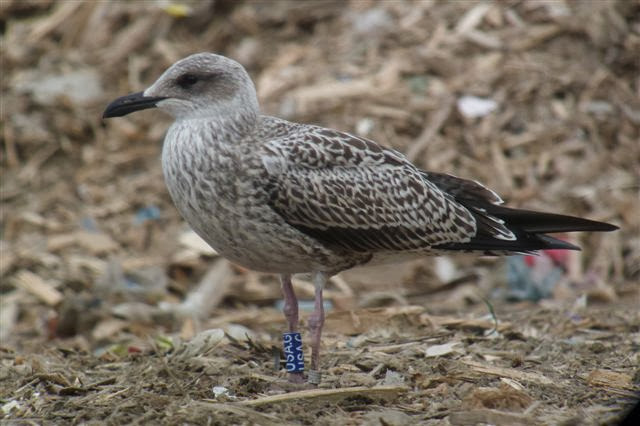 Gulls on the Beach at Quarteira, Faro September 2013
Posted by Guernsey Gulls at 17:19