OK - it's only three...but all on the same beach today...that's a first for me on Guernsey! All three michahellis Yellow-legged Gulls were hatched three or more years ago, but still have traces of immature plumage. There were also almost 1,000 LBBGs along Guernsey's west coast today (mostly on L'Eree), with 76 Guernsey and Alderney colour-ringed birds. There have been far fewer GBBGs on the beaches over the past two days, which is consistent with this fine weather we are enjoying. I suspect the majority are well offshore at the moment. The first decent autumn storm will bring them ashore in numbers. The number of French GBBGs (both from Chausey Islands and Seine-Maritime) is increasing noticeably now. 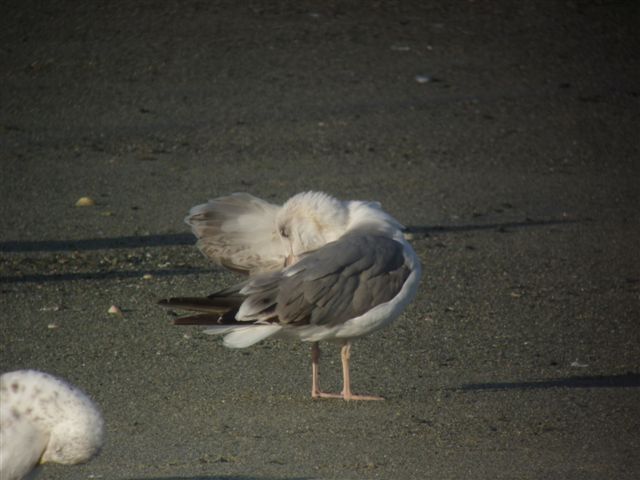 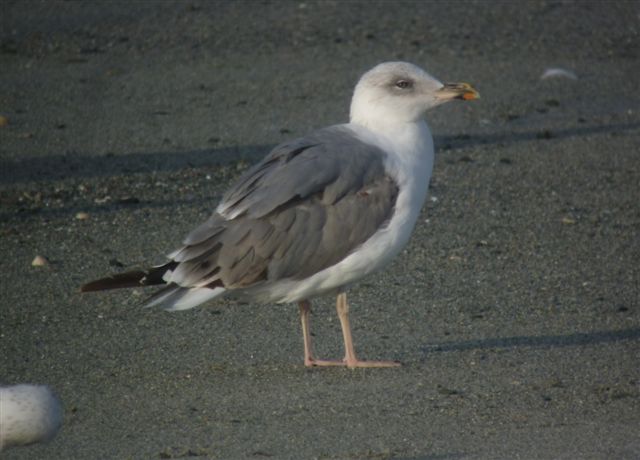 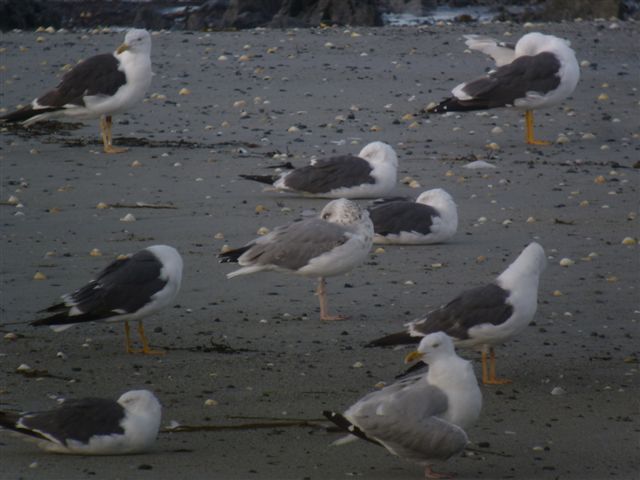 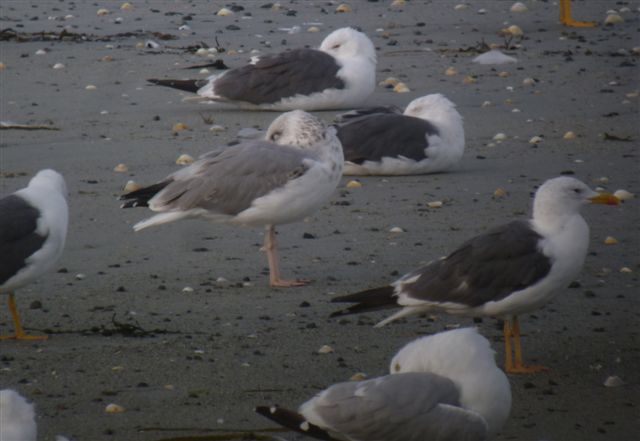 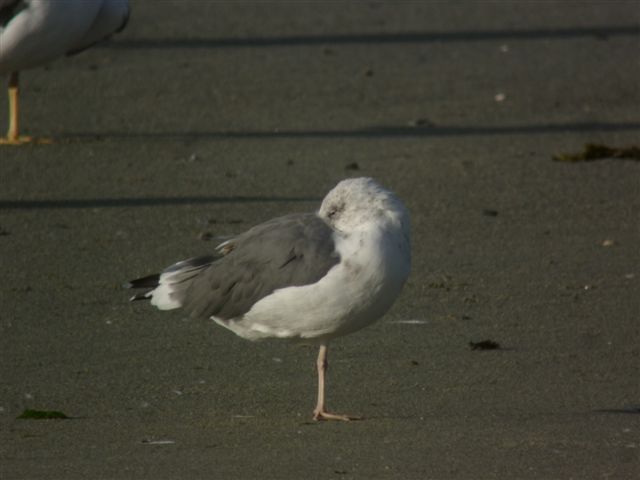 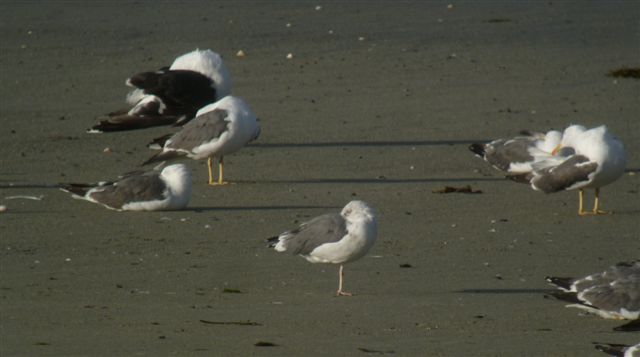 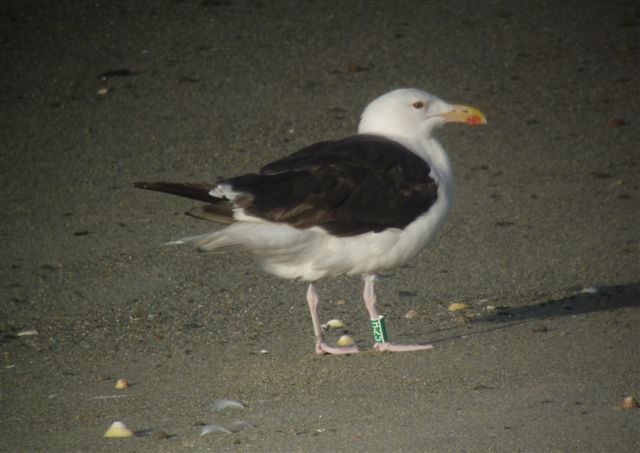 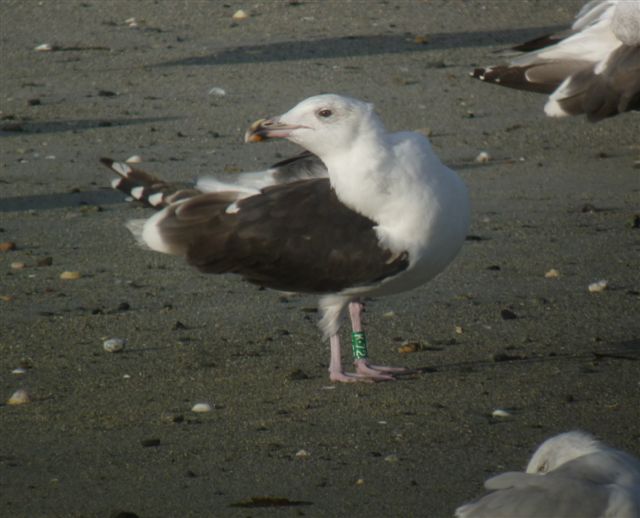 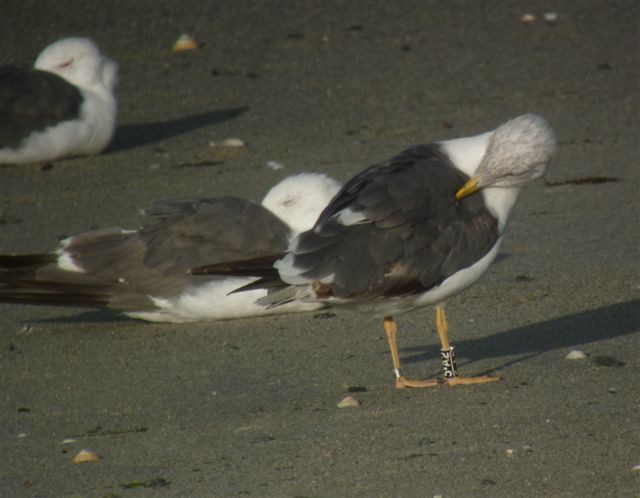 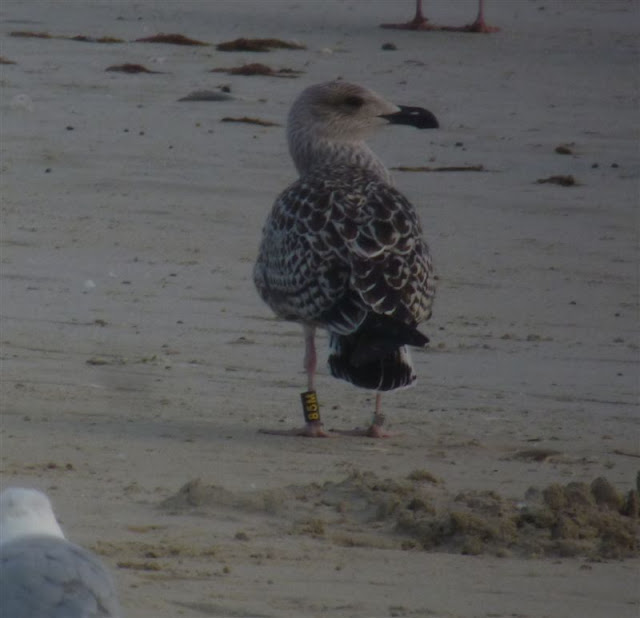 GBBG Black 85M from Seine-Maritime on Pembroke
Posted by Guernsey Gulls at 10:05