A very relaxing couple of hours in Chouet landfill this morning resulted in c 250 colour ringed Herring Gull ring reads (all locally ringed), as well as 15 GBBGs (all local - bar one wintering bird from Portland Harbour, Dorset, England - White P:43A). Only four LBBGs were present, and one of these was colour-ringed - Black 8T7. This bird was ringed in May 2011 at Chouet, but in each of the previous two autumns it appears to have left Guernsey very much earlier with last sighting dates of 09 August 2011 and 12 August 2012.
On Les Ammareurs Beach, Vale I watched two 1st winter Herring Gulls (White 0FS1 and White 0FS4 colour-ringed as chicks on Jethou on 25 June 2013), begging successfully from adult White 2.PP3 (ringed as an adult in May 2009 in our garden, but known to nest on Jethou in June 2011). It is amazing how late some Herring Gull chicks continue to beg from from their parents! 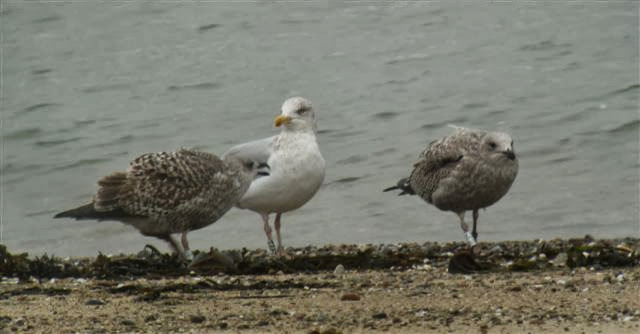 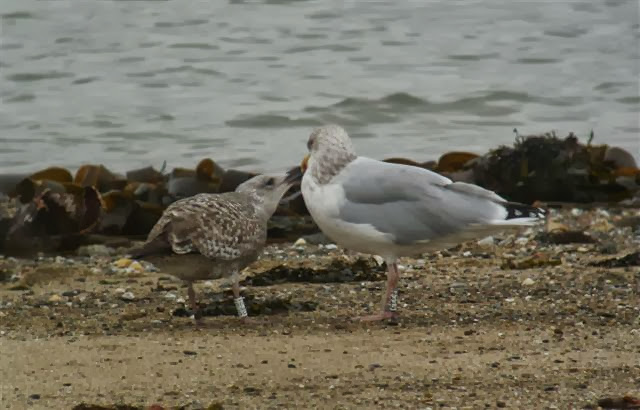 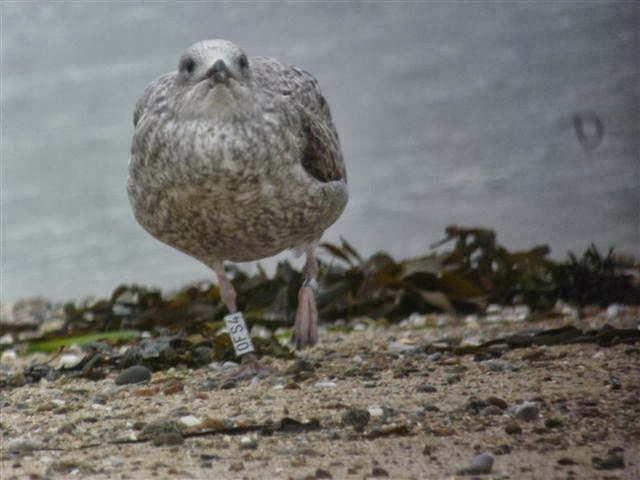 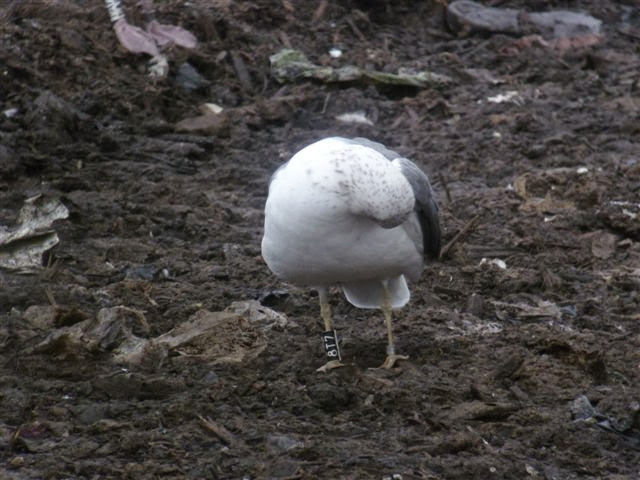 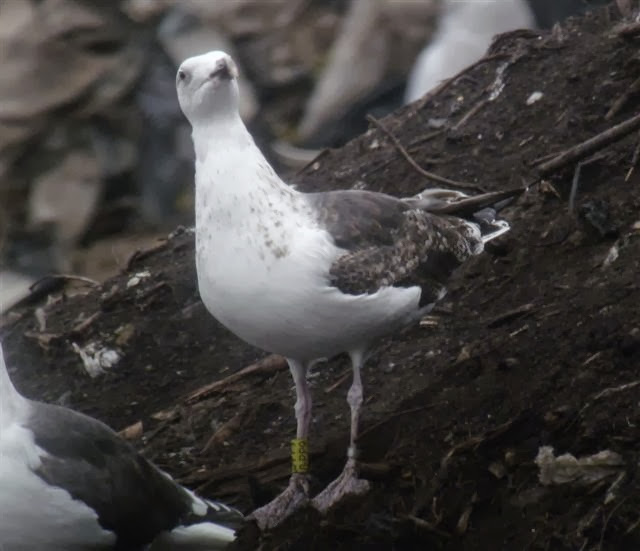 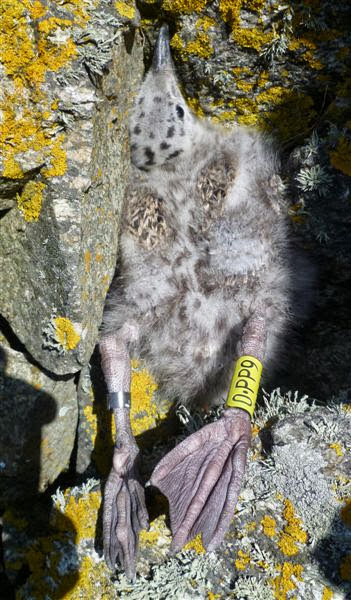 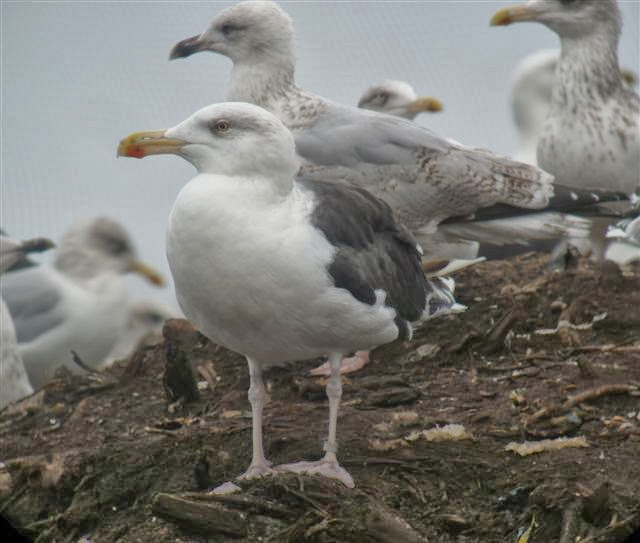