With the storm and severe gales of the past 48 hours now moving away from Guernsey, I can reflect on a very nice pre-storm gathering of 120+ LBBGs on Guernsey’s West Coast on Saturday 26 October. This is the largest number of LBBGs seen along the coast for at least three weeks, and it included no fewer than 14 of our locally-ringed birds, as well as a 2nd year bird from Suffolk, England (Red DJDR) and an adult from Zeebrugge, Belgium (Blue HZAB). At least 250 GBBGs were also present with colour-ringed birds from Cornwall, England (one), Chausey Islands (five), Le Havre, Seine-Maritime (two), France, Vest-Agder, Norway (one), Jersey (one) and Guernsey (seven).
No doubt there would have still been plenty of gulls ashore on Sunday/Monday while the storm winds were fiercest, gusting to 70 m.p.h. With the winds abating now, I expect many of the gulls to return to sea, but I’ll try to get out and see what is what birds remain ashore later in the week. 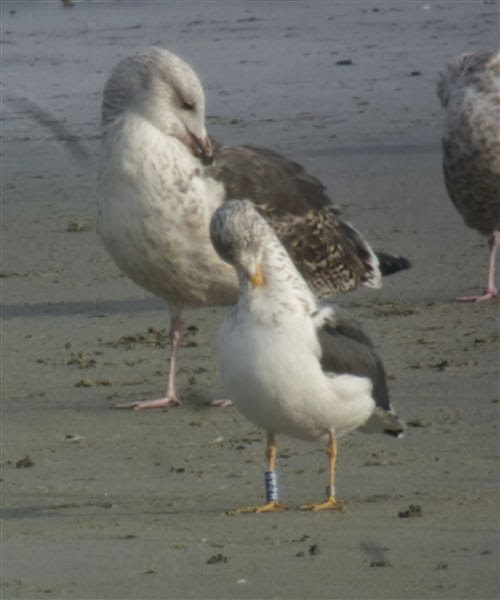 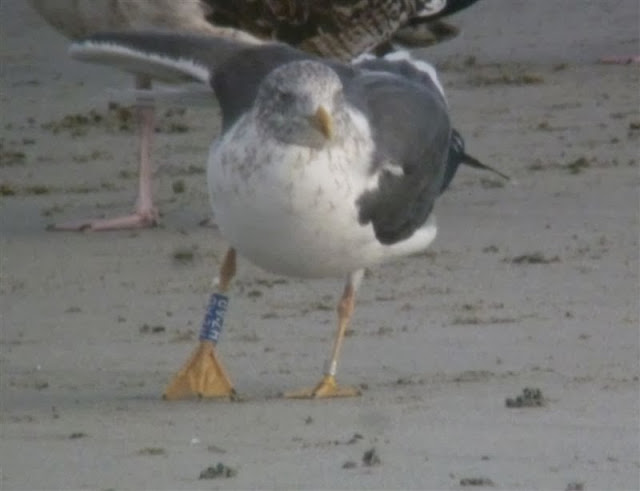 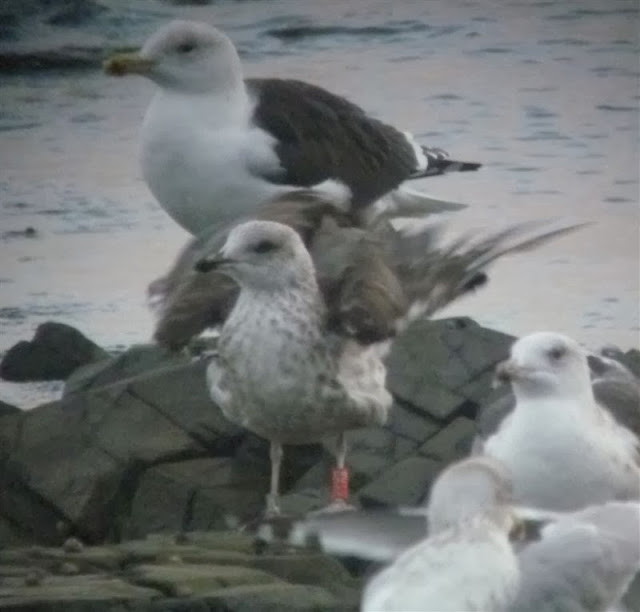 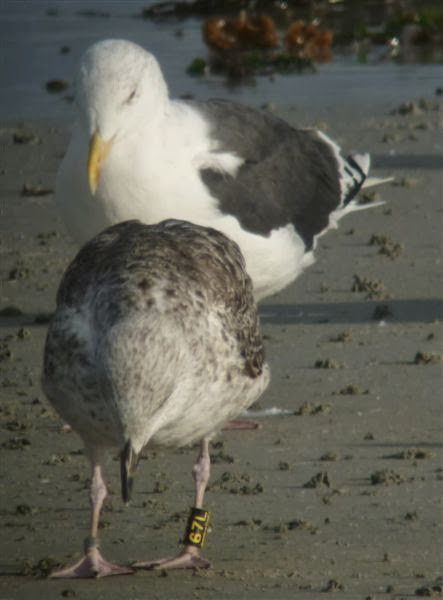 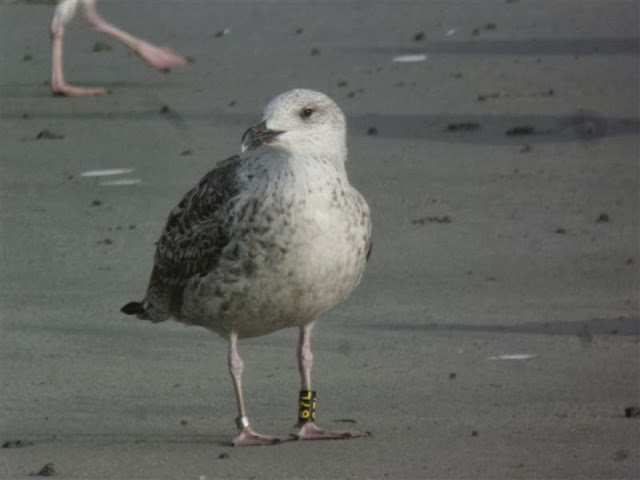 Gulls on Vazon
Posted by Guernsey Gulls at 17:34