Storm brings in the GBBGs!

As expected today a strong northerly blow brought c 300 GBBGs ashore on Guernsey's West Coast. 18 colour ringed birds were recorded amongst these birds, including two Norwegian and eight French birds (six Chausey Islands and two Le Havre). One of the Norwegian birds (Black JA612) had been ringed as a chick in southern Norway in July 2008, and has been recorded in Guernsey every year since, proving to be very faithful to the island's West Coast in October! The other record Black J2787 appeared to have a datalogger attached to the colour ring. This bird had been ringed as an adult in the summer of 2012 right up in the Arctic Circle on the seabird island of Hornoya in Finnmark. This is the third colour ringed GBBG that I've recorded in Guernsey from that Island very far to the north. 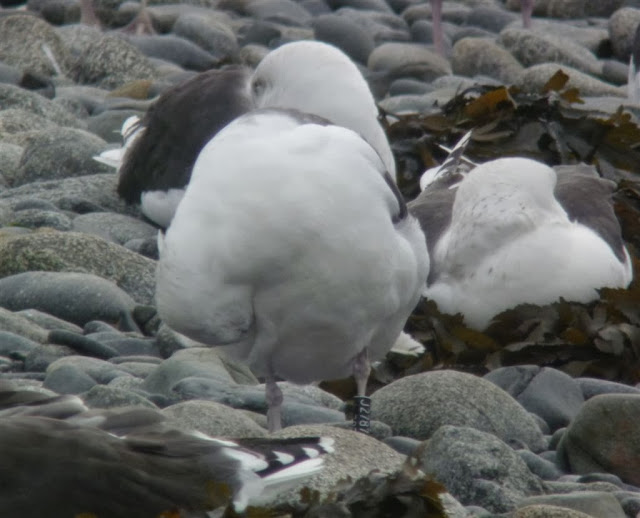 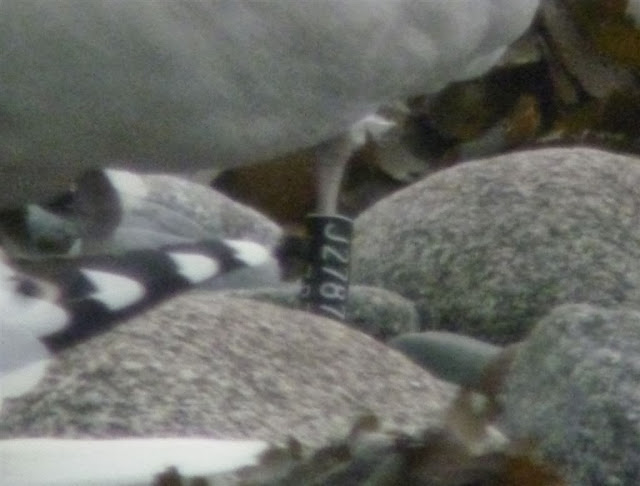