Many Islanders assume that Herring Gulls are very sedentary, only ever flying a few km from nesting and resting sites to feeding areas on the beaches or at Chouet Landfill. The colour ringing studies have dispelled this myth with many of our birds dispersing several hundred km each autumn to Western France. A tiny minority fly even further to northern Spain. One such gull is White 1.XX6 which was ringed in late May 2009 in our garden as an adult female. The bird was present again in Guernsey the following summer, strengthening my view that it is a bird from the local breeding population. Then in December 2010 it was recorded in NW Spain, only to be back in Guernsey by 22 January 2011. It has not been recorded in Guernsey since, but has been reported from NW Spain in June 2012, March and May 2013. It would therefore seem that this adult gull has taken a break from the rigours of breeding in 2013 (a well-recorded aspect of many gulls’ breeding ecology...although most such birds would return to the breeding colony and hold territory).
This gull has now become the most southerly Channel Islands’ Herring Gull so far recorded! It was seen and photographed by Pedro Ramalho and Frederico Morais, at Peniche, Leiria, Portugal on 14 October 2013 – a straight line distance from Guernsey of more than 1,250 km! I shall be keeping a keen look out for the return to Guernsey of this exceptional bird any time from Christmas on! 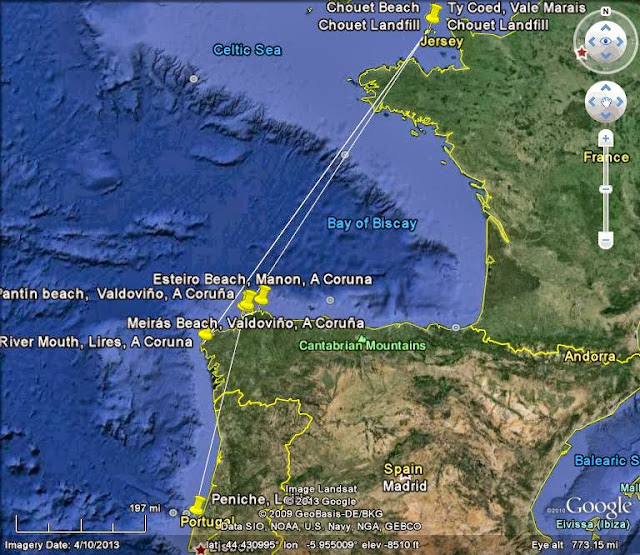 The Movements of Herring Gull W1.XX6 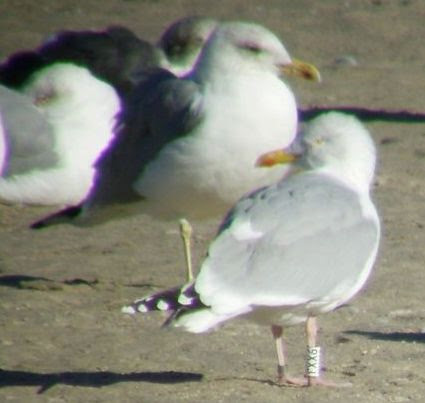 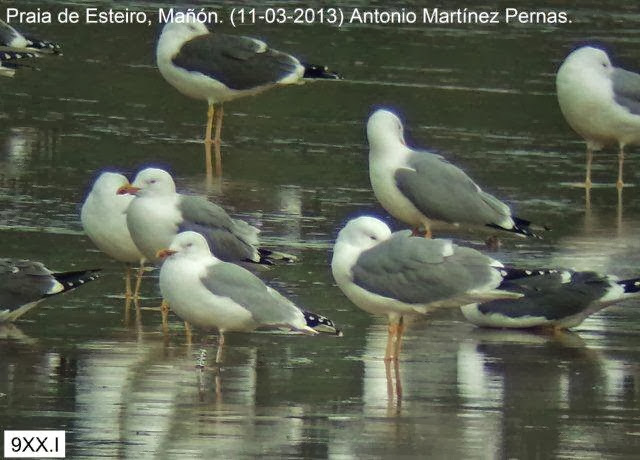 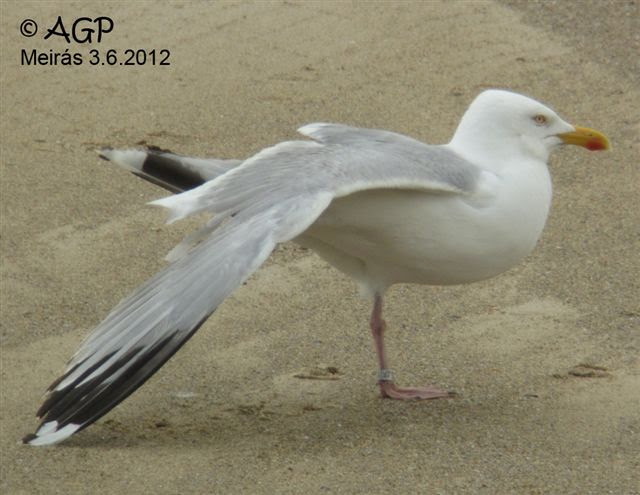 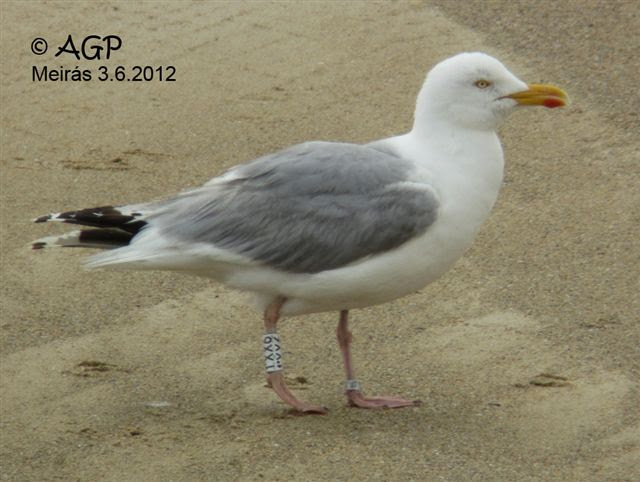 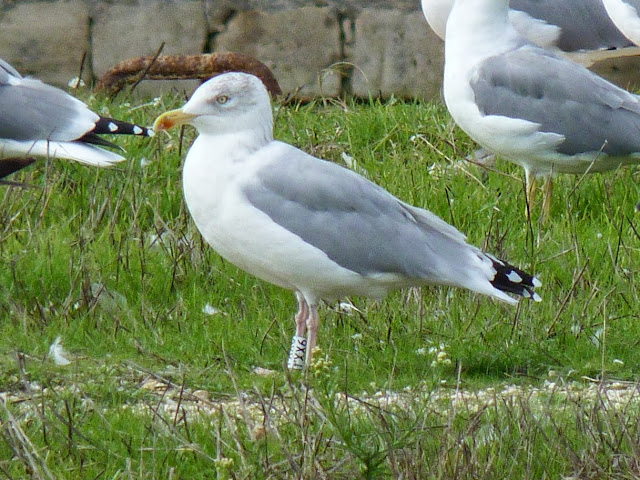