As a result of the gull colour ringing projects we now know that the beaches of NW Spain provide very important resting areas for Channel Islands' nesting Lesser Black-backed Gulls as they migrate to wintering grounds in Iberia (majority)  and NW Africa (minority). We are lucky that there are some very hard working gull enthusiasts in NW Spain who regularly search for and report colour ringed gulls from all over Europe. Antonio Gutierrez is well known to gull researchers across Europe as one of the keenest of such observers in NW Spain, but he has been joined in recent years by others like Paco Gíron and Pepe Vidal who also make very valuable contributions to ornithological research projects all over Europe.
Antonio sent this wonderful photo of Meíras Beach (where many Guernsey LBBGs are seen), as well as this enigmatic photo of gulls in a storm off the coast of NW Spain! 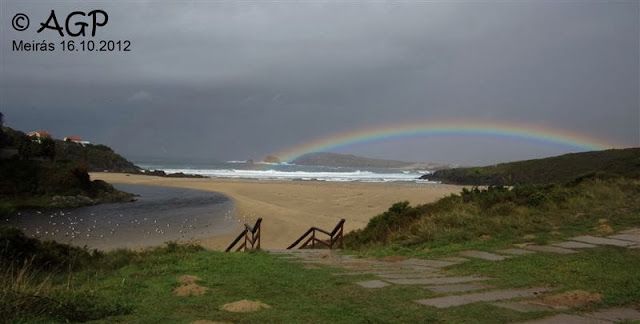 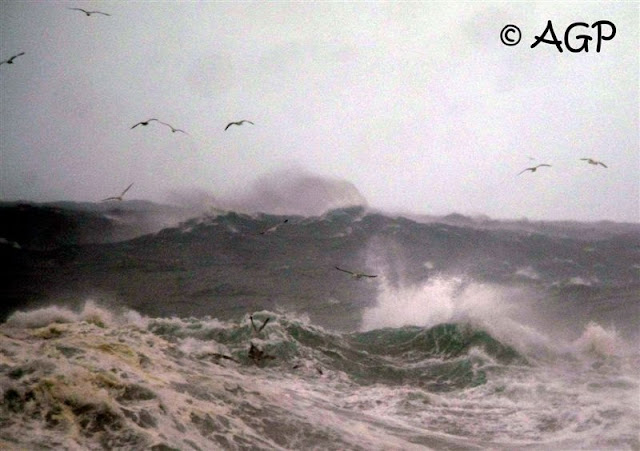