After a week with no gulling, it was marvellous to get back out enjoying the birds again. 90 minutes at Chouet landfill gave me a lot of Herring Gull data to enter into the database (c 160 ring reads), along with 25 GBBGs. It was wonderful to be close up to the gulls again, watching them interacting and feeding boisterously!
What was then meant to be a quick look at the beach before breakfast, turned into an all morning session down the West Coast. Having seen only a small handful of LBBGs in the Landfill, it was very enjoyable to watch small groups of 1st winter birds in the usual hotspots along the West Coast. It was soon clear that passage was well under way today with four foreign-ringed LBBGs - two Dutch, one Danish and one Norwegian bird, along with eight GBBGs from Chausey Islands, Manche, France and another sighting of the 1st W Mediterranean Gull ringed at Véron in France and seen in Guernsey back at the end of July.
Two Yellow-legged Gulls completed a pretty outstanding morning! - an adult at the Landfill and a 2nd winter at Pembroke Beach. 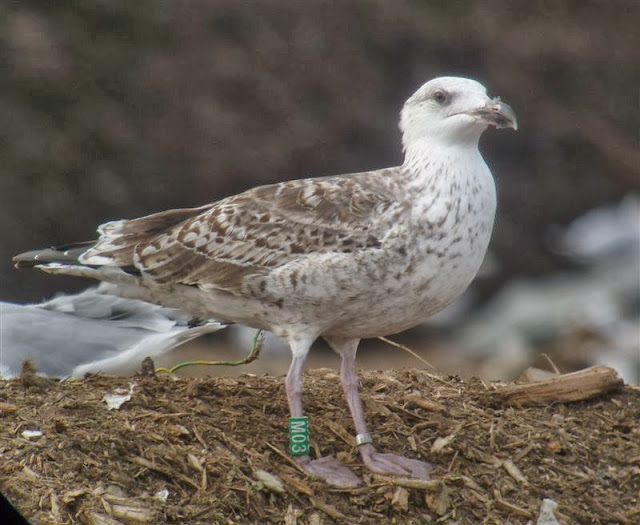 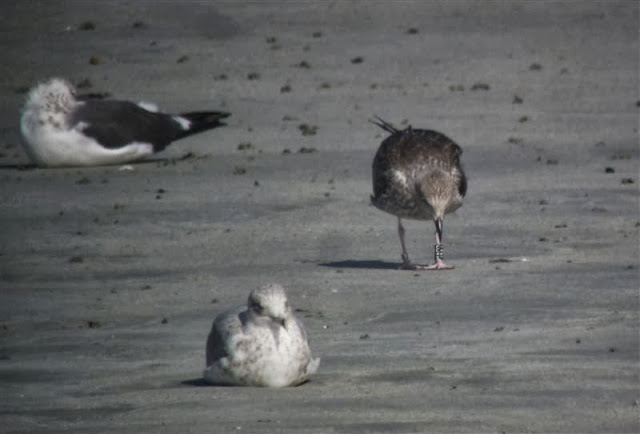 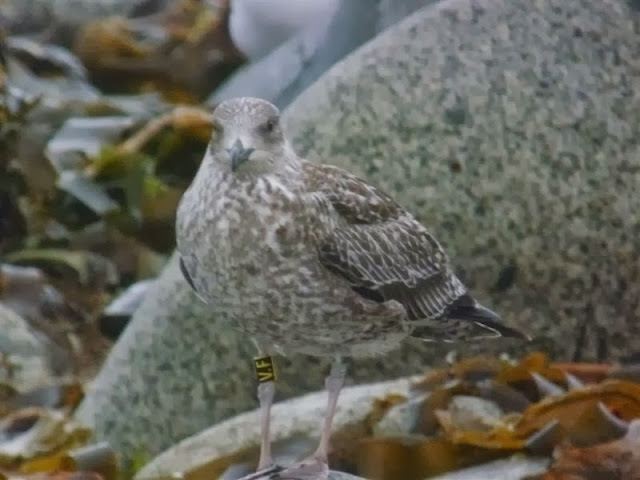 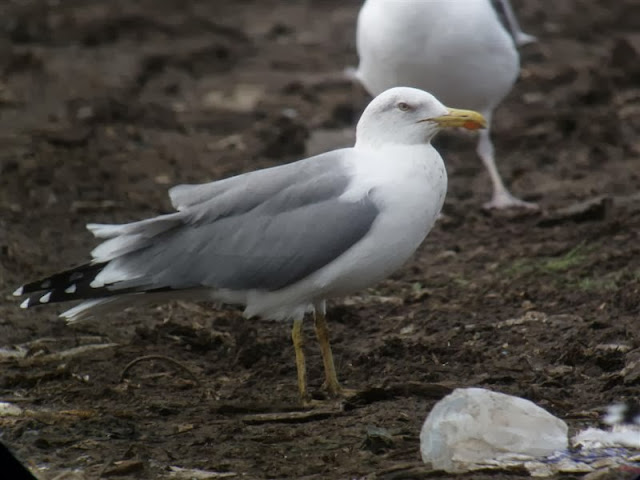 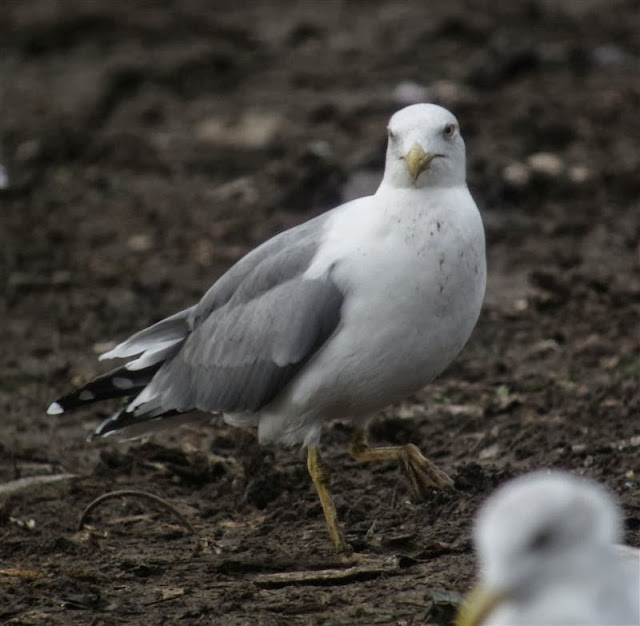