Back to Chouet As Hectic Season Draws To an End!

There have been few blog postings recently because I have been very busy trying to do the regular summer seabird monitoring, and also ringing gull chicks. The season is just about over now...with Alderney's LBBG chicks to go (I hope!)...so this morning I grabbed my telescope and headed for Chouet Landfill Beach again. It was very relaxing just to sit there and record the colour ringed gulls. I managed about 100 reads before other matters called me away.
Adult Black-headed Gulls have been back in the Islands for a couple of weeks now, and I saw my first juvenile today. There are also now a handful of adult Mediterranean Gulls about - more signs of the end of the gull breeding season!
When I begin to catch up with all the paper work etc I'll try to post several blogs about on the fascinating 2014 seabird breeding season in the Bailiwick of Guernsey...until then...here are a few photos of the gulls on the beach this morning. 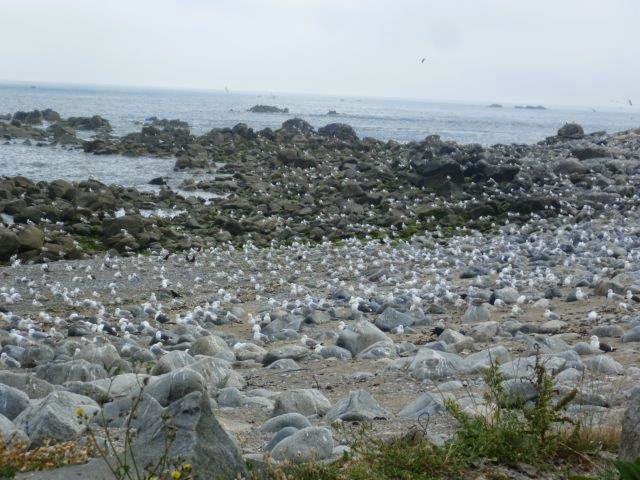 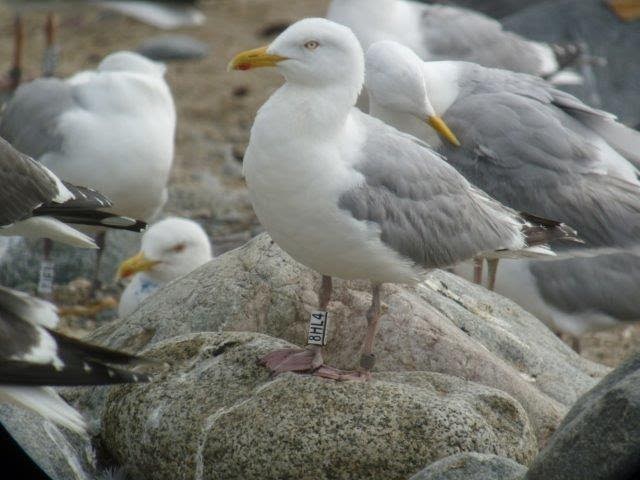