The last seabird monitoring visit of the year was completed last weekend, with a two night trip to Burhou to try to assess how Storm Petrels are doing on the island. It is some six years since the last such trip. This monitoring was led by Chris Mourant, and was successful beyond our wildest dreams!
With limited netting our six person team caught almost 500 Storm Petrels in just two nights. Around 350 were new birds with the rest being very valuable re-traps and nine foreign-ringed birds (five from Britain and four from France).
During the same visit we also colour ringed another 67 LBBG chicks, seven Herring Gull chicks and two GBBG chicks, along with two adult LBBGs.
Perhaps the most surprising catch of the weekend was a juvenile Grasshopper Warbler caught at dusk on the first night.
All in all a  truly fantastic and very encouraging way to complete the 2014 Seabird Monitoring season. My sincere thanks to everyone who has helped in what turned out to be a long and gruelling season's work. 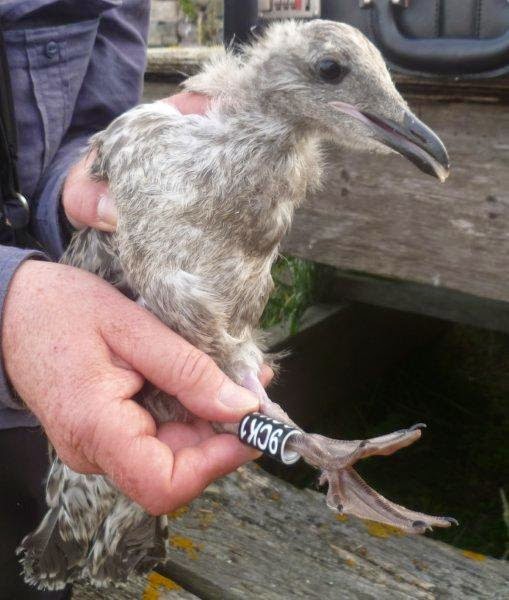 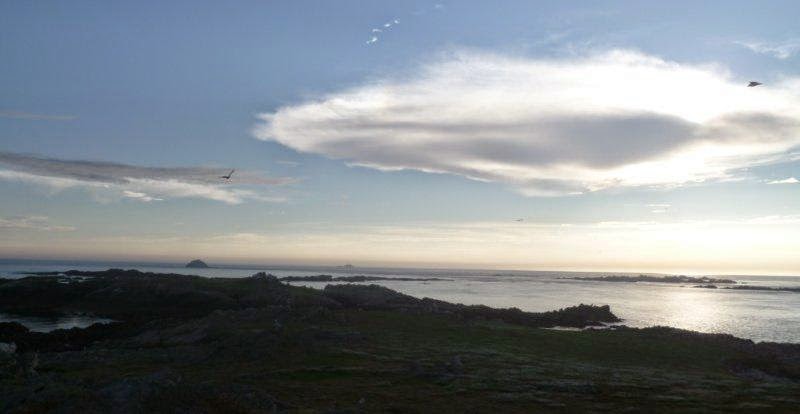 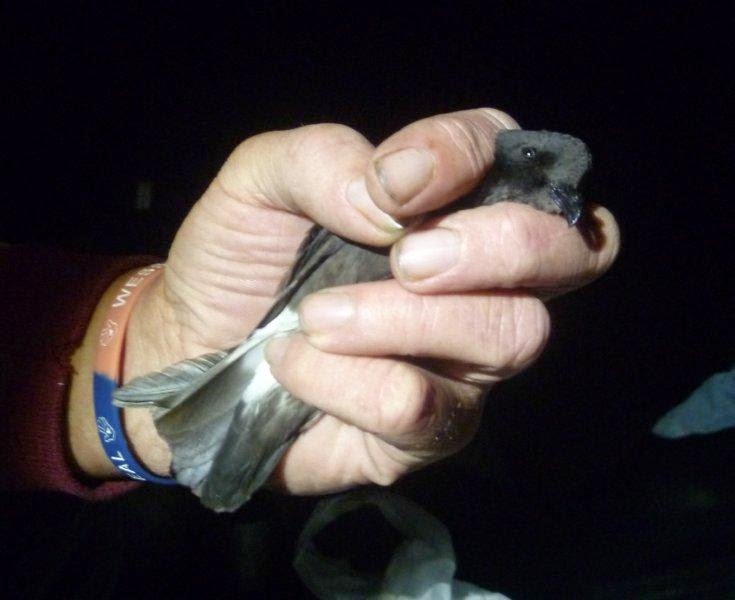 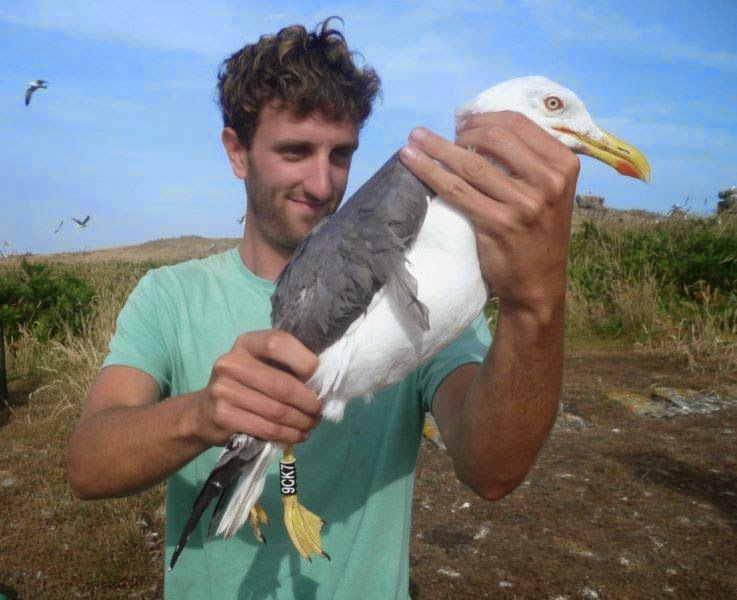 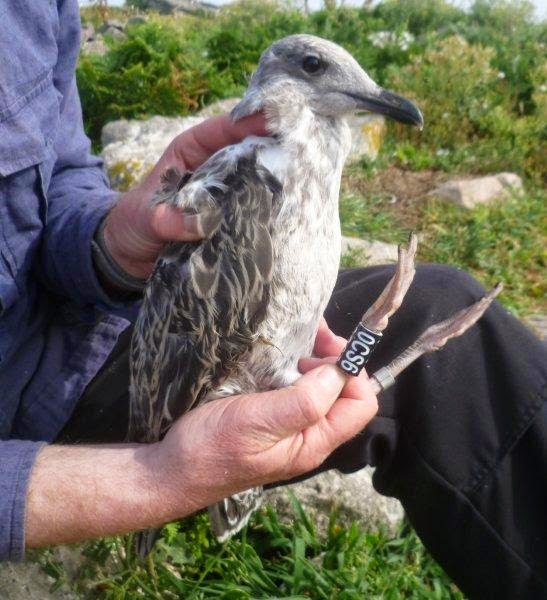 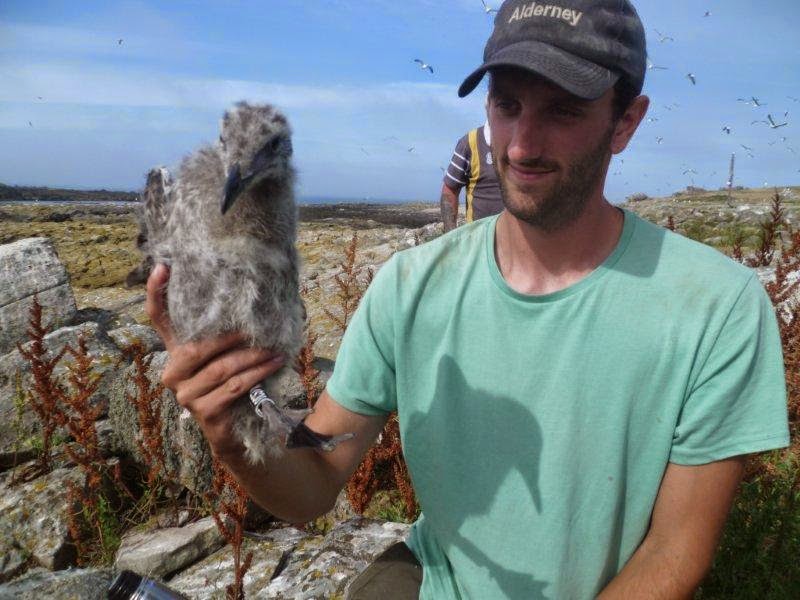 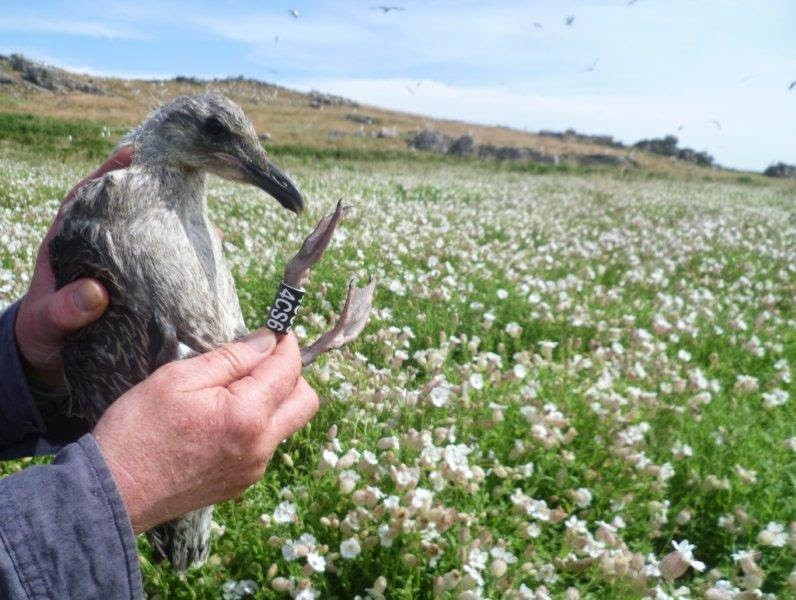 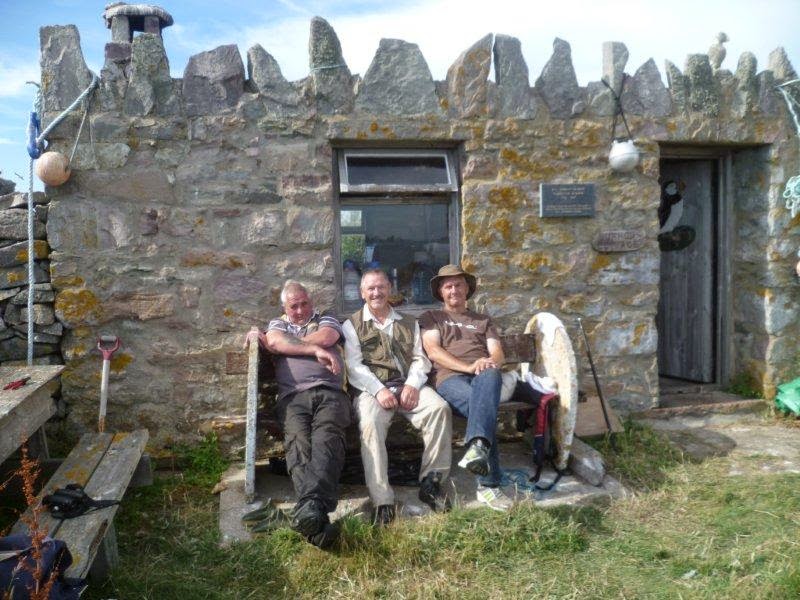 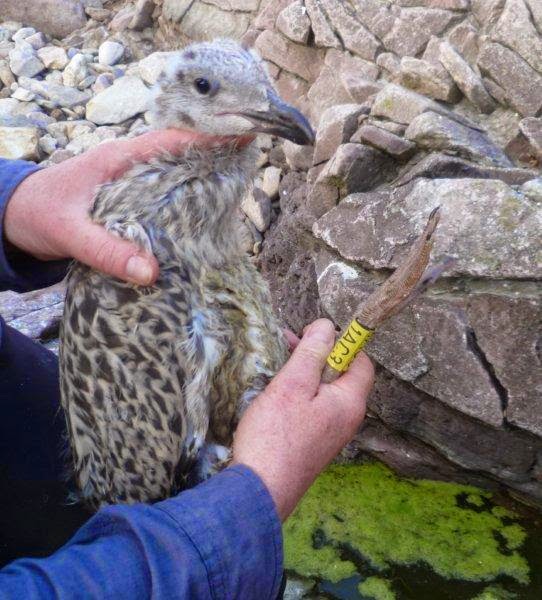 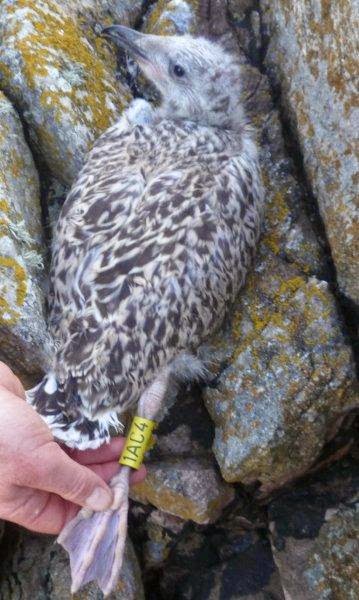 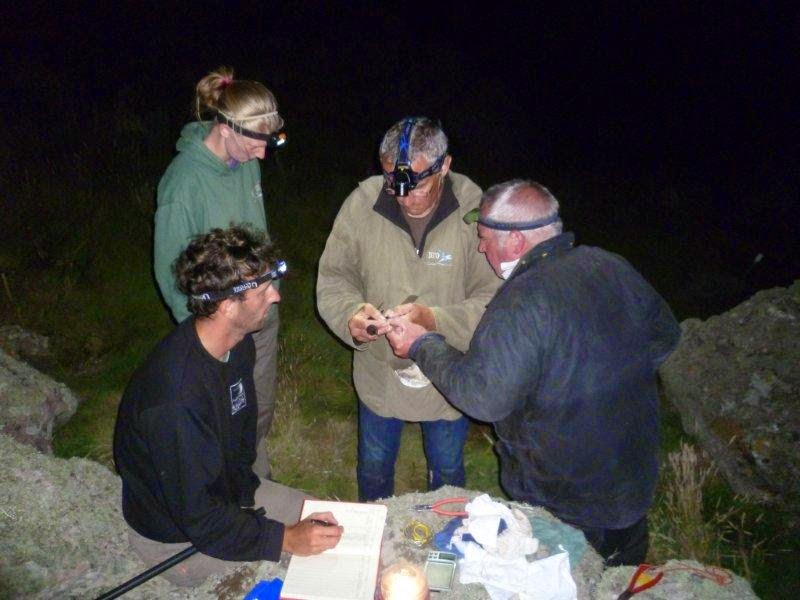 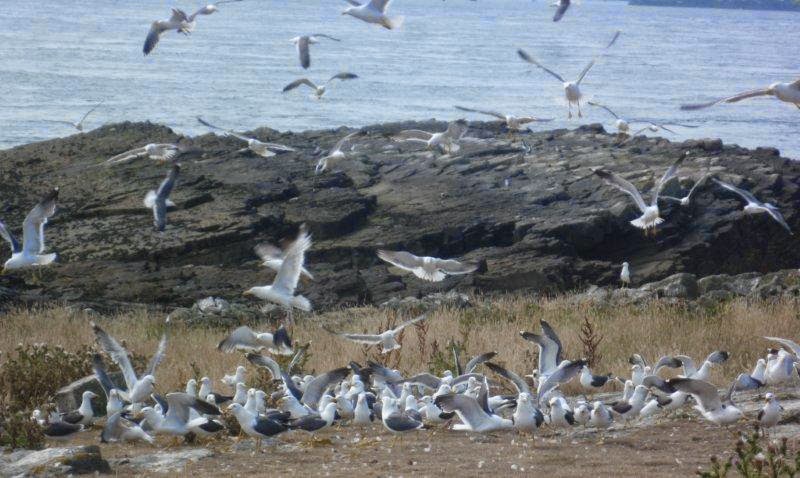