More Fun at the Beaches

It’s obvious now that gulls are back on the move – whether that’s short-term movements of juvenile birds to the beaches, mid-distance movements of adult Herring Gulls to adjacent coasts of France or the longer flights of the first departing adult LBBGs to Iberia. This makes it the start of another very exciting time of year for studying gulls here in Guernsey. This morning I found juvenile locally colour ringed gulls from all three species on the northern beaches, as well as a noticeable increase in GBBG numbers (which included one English-ringed, one Norwegian ringed and two French-ringed birds – all of which are known to visit Guernsey on their wanderings in the English Channel). 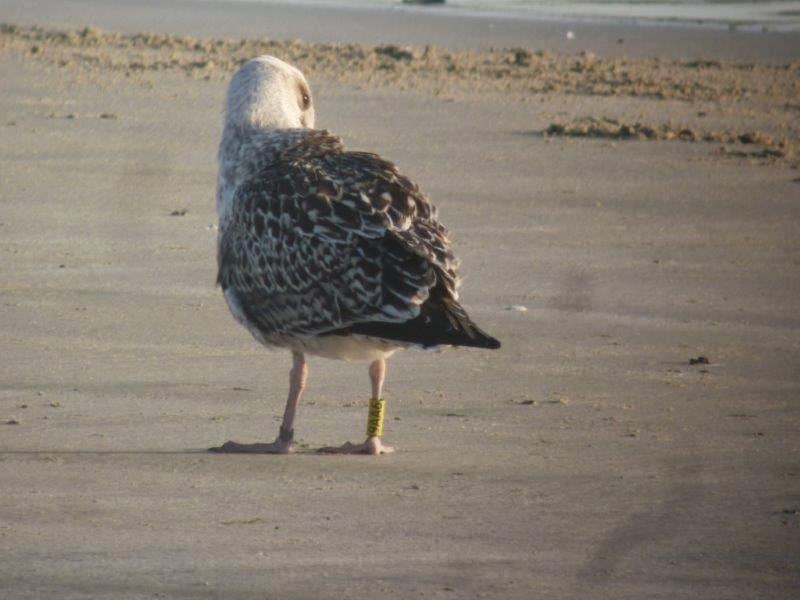 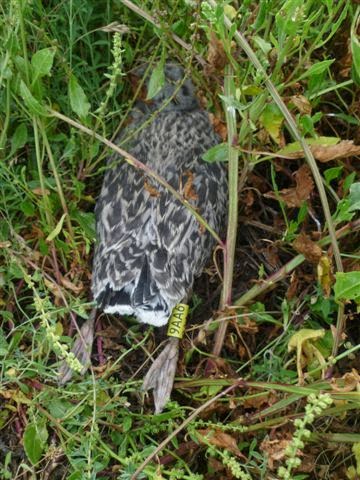 GBBG Yellow 9AA6 as a chick on Jethou 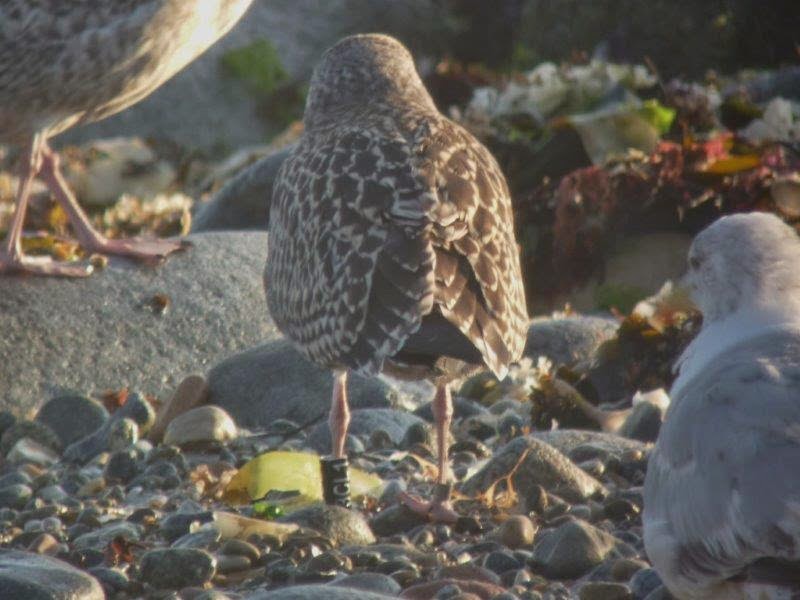 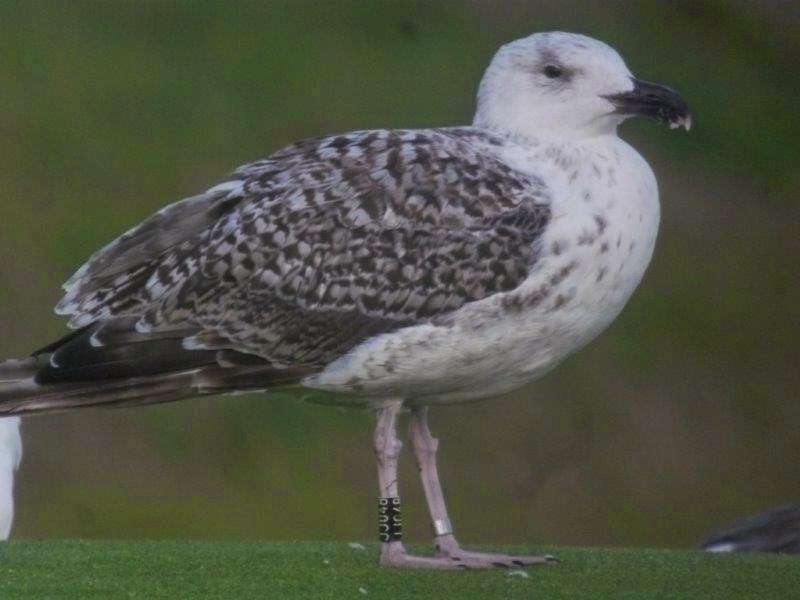 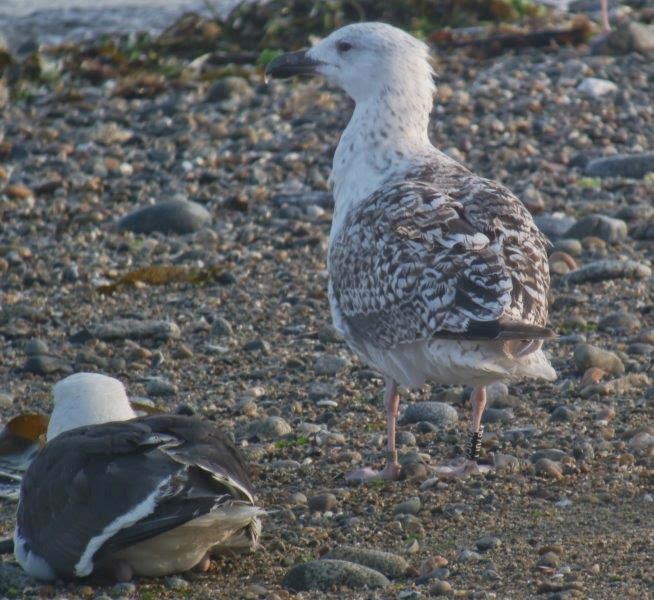 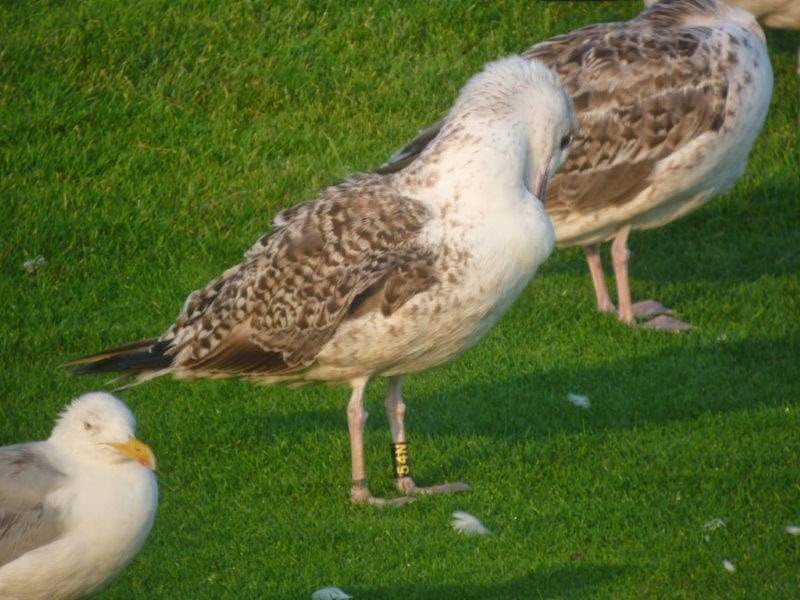 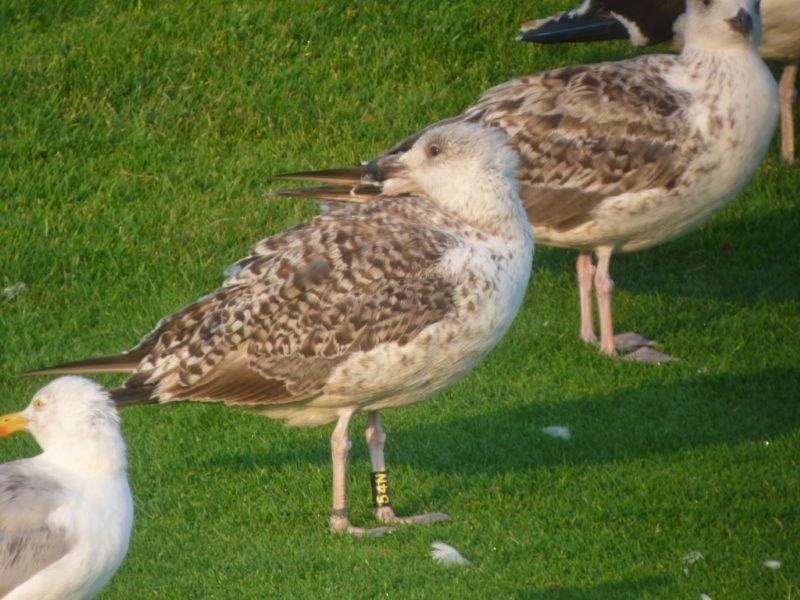