It was very nice today to do some gull watching with Dave Murray, who lives in Cheshire, England but who is on holiday for a few days in Guernsey. Dave has seen some of my Guernsey-ringed Lesser Black-backed Gulls while on holiday in Malaga, Spain. We went down the island's west coast, counting 230+ adult Lesser Black-backed Gulls, which included a couple of my adults ringed as breeding birds on Burhou, Alderney. Amongst the birds at Rocquaine Bay was Blue HLZ. Amazingly I had seen this adult LBBG on passage in Guernsey the previous year on 22 August (at Chouet Landfill). 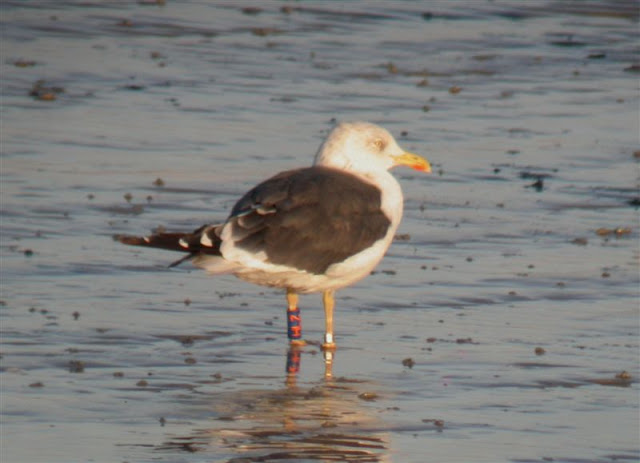 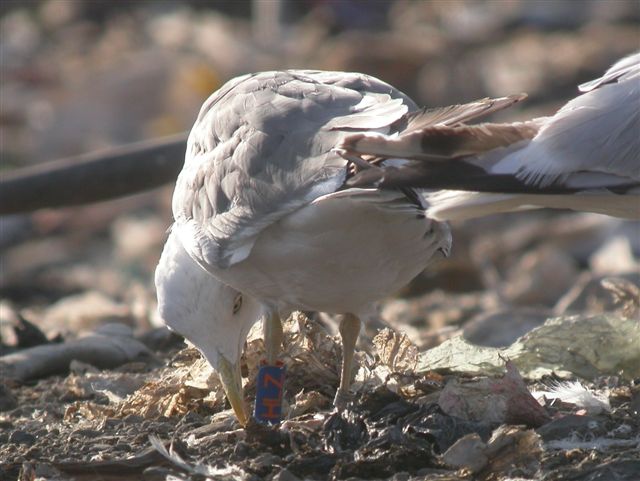 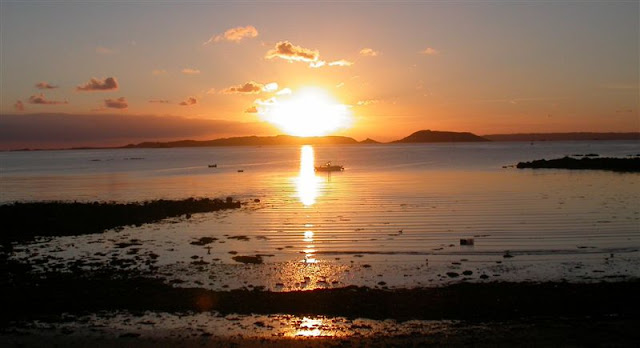 Bellegreve Bay at dawn - PKV
Posted by Guernsey Gulls at 11:08