My early morning trip down Guernsey's west coast coincided with a stunning sunrise and a high tide - not that there was much time to enjoy the scenery. Soon the Lesser Black-backed Gulls were arriving on L'Eree Beach. The only colour-ringed birds were two of my juveniles from Burhou, Alderney and two of my adults (one from Burhou and one from Guernsey).
The Norwegain Great Black-backed Gull Black JH254, was showing much better today in the early morning sunshine. 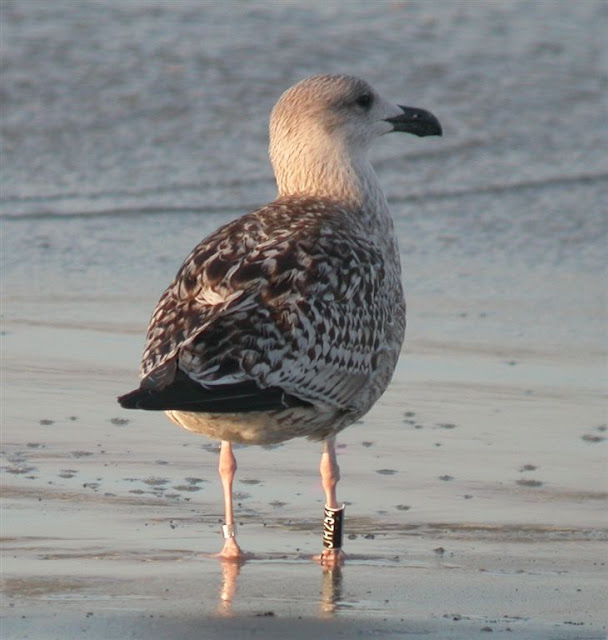 GBBG Black JH254 L'Eree - PKV
A lack of other colour ringed birds enabled me to pin down a few metal only ringed Lesser Black-backed Gulls - which included two birds ringed as a chicks on Burhou, Alderney on on 16 July 2000 and 16 July 2005, and two British ringed birds - London GN85760 and London GC76686. 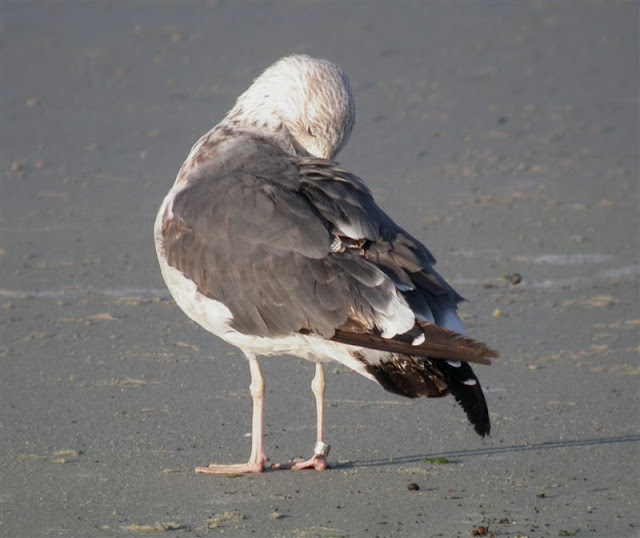 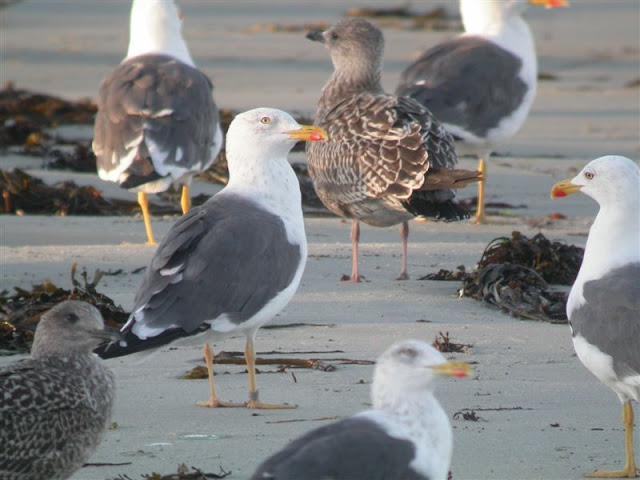