There is clearly some Great Black-backed Gull passage taking place in Guernsey at the moment. Two runs down the west coast yesterday and today before work resulted in counts of more than 150 Great Black-backed Gulls - including no fewer than eight birds colour-ringed in France (four in Chausey Islands - Seb Provost and four at Le Havre, Seine-Maritime -Gilles Le Guillou). There was also a juvenile bird from Mandal, Vest-Agder, Norway on Vazon - Black JH254 (Finn Jorgensen).

Although there were 310 adult Lesser Black-backed Gulls on Monday 20th September (with about 200 today) I found no foreign colour rings. I am still recording some of the juvenile birds colour ringed on Burhou this summer. 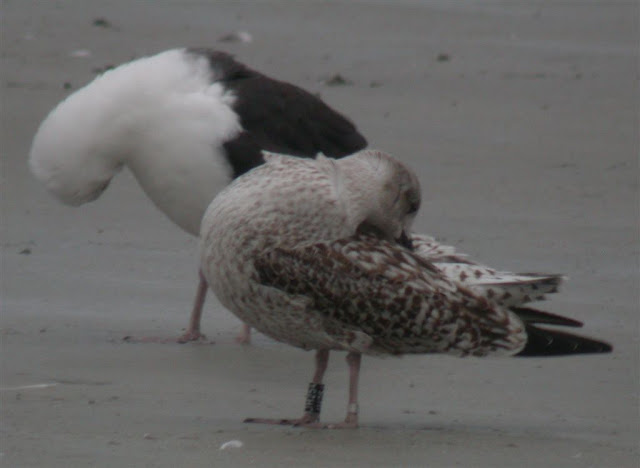 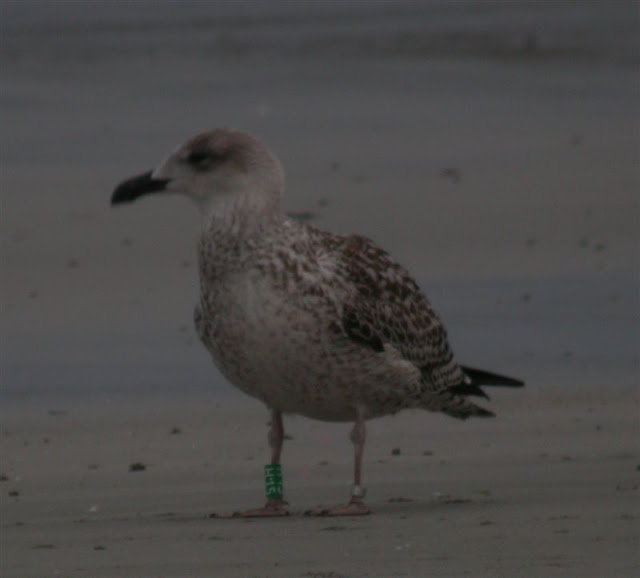 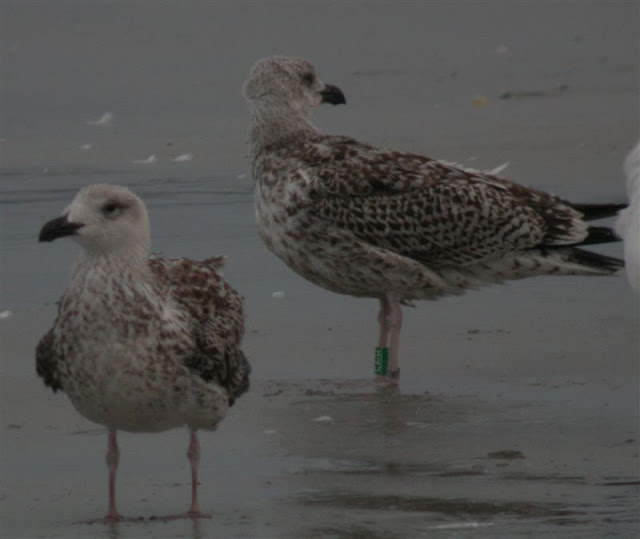 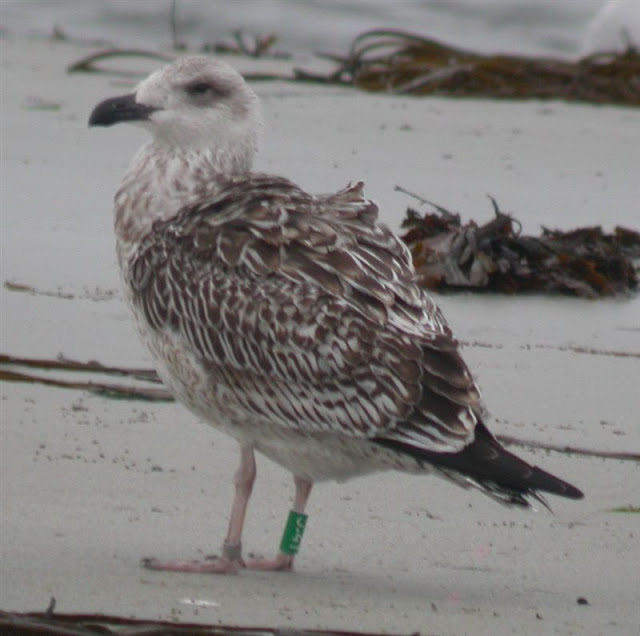