A quick trip down Guernsey's west coast was rewarded with some very nice views of the gull flocks, but there appeared to be little in the way of new birds. Again the number of Lesser Black-backed Gulls was down a little to just over 120 adult birds - which included three of my colour ringed birds.

I was surprised yesterday to find the Dutch-ringed Lesser Black-backed Gull (White KL) from Veersemere, Zeeland, as I've now seen this bird on three different beaches in Guernsey in the past fortnight. Roland-Jan sent me a very nice photo of this gull when ringed on 2nd July 2010. 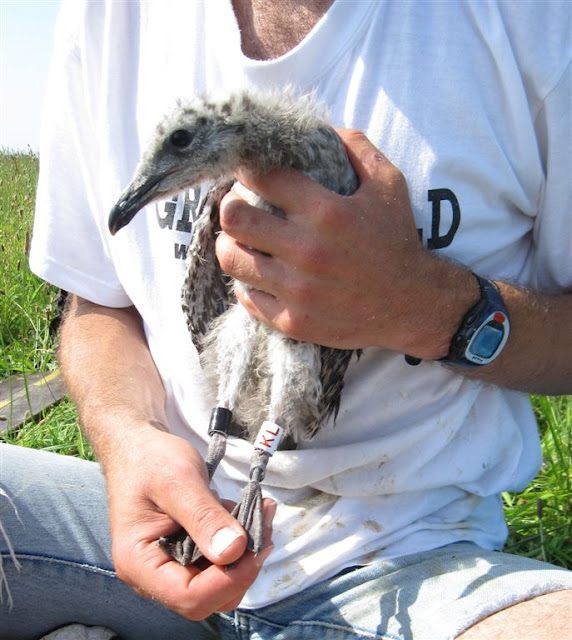 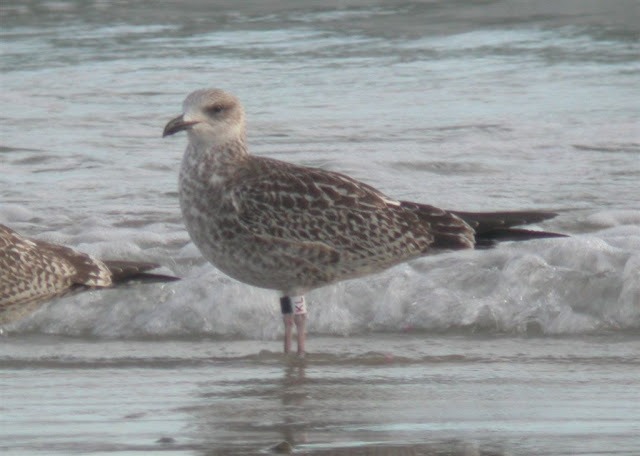