The past few days have been rather "hit and miss" finding the gull flocks along the west coast. Sometimes I've found them in places I can't read any colour rings. However, today was one of the better days with at least 200+ Great Black-backed and 150+ Lesser Black-backed Gulls checked. The highlight was the last colour ringed bird seen - Lesser Black-backed Gull Black 1.N5. Ringed as a chick on Burhou in the summer of 2009, this bird had been seen in Finistere, France in April this year, so I knew it had not stayed south for its 1st summer. It was really good to see this gull at Vazon!

Several of this year's juvenile Lesser Black-backed Gulls from Burhou, Alderney were still present, along with one new bird. 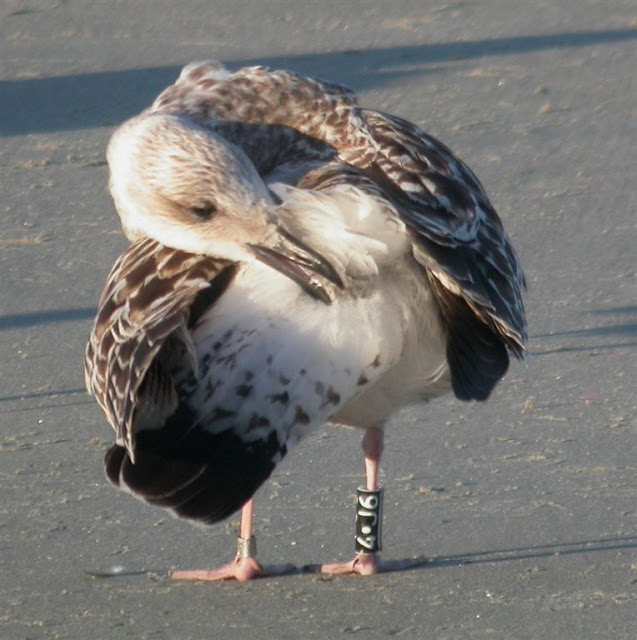 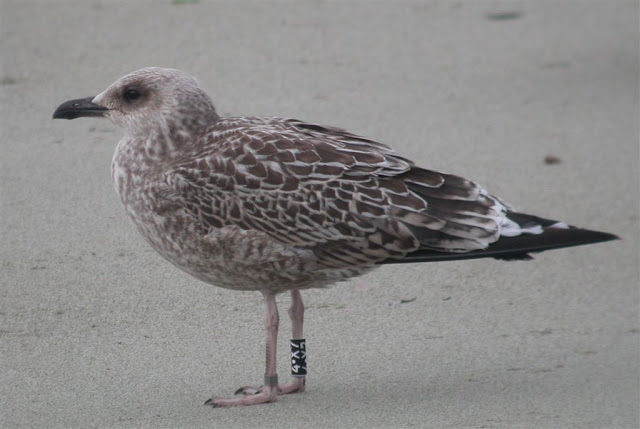 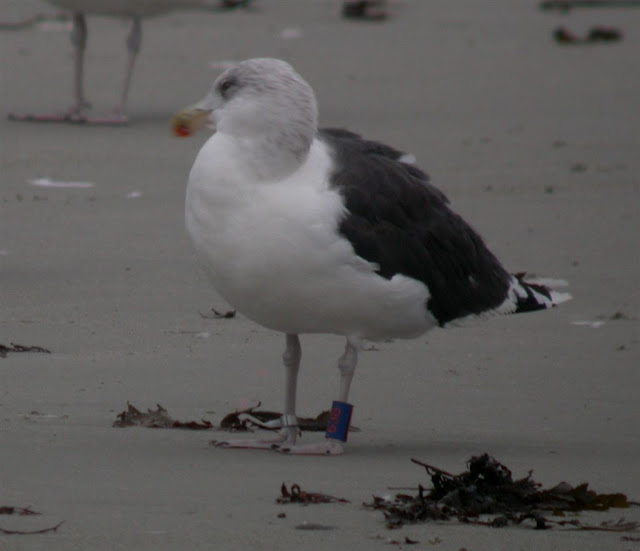 One of the Chausey Islands-ringed juvenile Great Black-backed Gulls was seen today (Green H.15) along with a new gull from Gilles Le Guillou's projects based at Le Havre, Seine-Maritime, France - Blue 63B.
There was a handsome Yellow-legged Gull on L'Eree and an adult Common Gull on Vazon today. 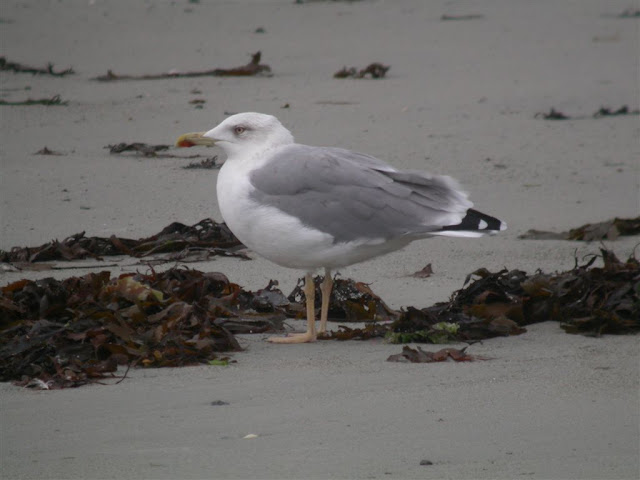 Yellow-legged Gull - L'Eree - PKV
Just before dusk I paid a quick visit to Pembroke Beach, which was covered in Herring Gulls. I also peered into Chouet Landfill from outside the fence - and saw one of the North Thames Gull Group's colour ringed Herring Gulls - Orange AJ2T.
Posted by Guernsey Gulls at 20:47