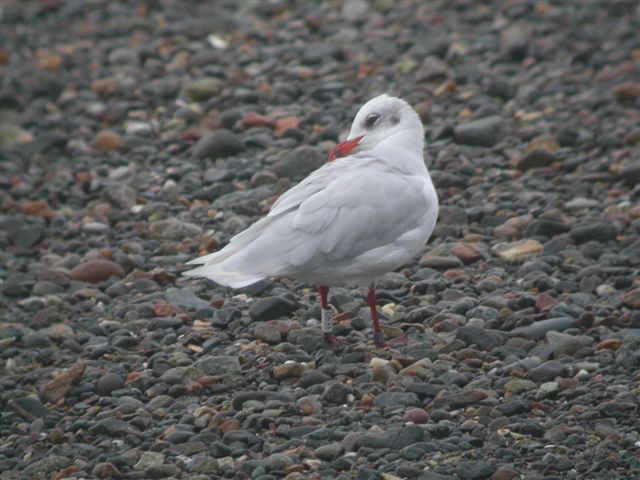 Mediterranean Gull White 3E90 Bellegreve Bay, Guernsey - August 2009 - PKV
At Bellegreve Bay this morning there were seven Mediterranean Gulls - 3 adults, 2 second winters and two juveniles. One of the adults was White 3E90 - the Belgian-ringed bird that has been faithful to Bellegreve Bay in each of the past five autumns. However...the latest sighting in any autumn in Guernsey is 16 September (Geoff Atkinson in 2007). About this time the gull has moved off - being seen one winter as far south as Costa da Caparica just south of Lisbon, Portugal. Last year my good frined Eric Robbe saw White 3E90 at Heauville Beach, Manche, France (on 21/09/10). That year I last saw the gull here on 29 August.
So far in the autumn of 2010 White 3E90 has been at Bellegreve Bay, Guernsey from 21 July to 12 September. 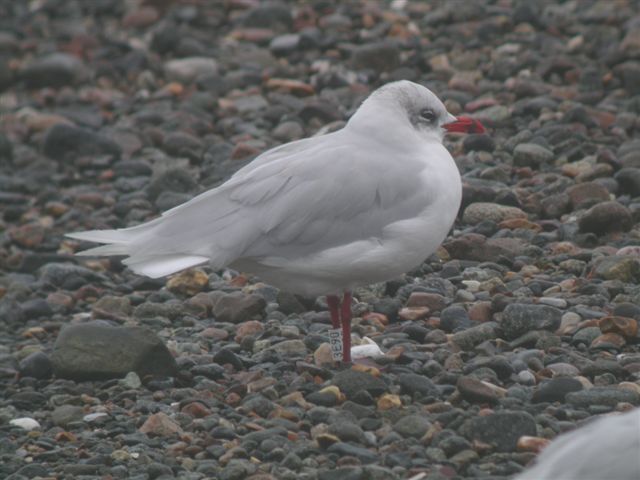 It is amazing how this bird has become a real feature of Bellegreve Bay in autumn...long may it remain so!
Posted by Guernsey Gulls at 15:08