Early this morning I spent 90 minutes in Chouet Landfill - and wow...what a change from my last visit only 12 days earlier - the great swathes of Lesser Black-backed Gulls have gone...there were perhaps a maximum of just over 140 birds present (including 14 cr birds). Herring Gulls are still very much in evidence - so the site now has a pale grey covering when the birds are feeding or settled on the ground or windrows. At least two adult Yellow-legged Gulls were present again...I simply must be missing the juvenile birds! The other significant change today was a noticeable increase in Great Black-backed Gulls to almost 100 birds - which included no fewer then five colour-ringed birds from Chausey Islands, Manche, France (Seb Provost); interestingly these five birds were from four different year cohorts (2012 - two and one each from 2011, 2010 and 2009). 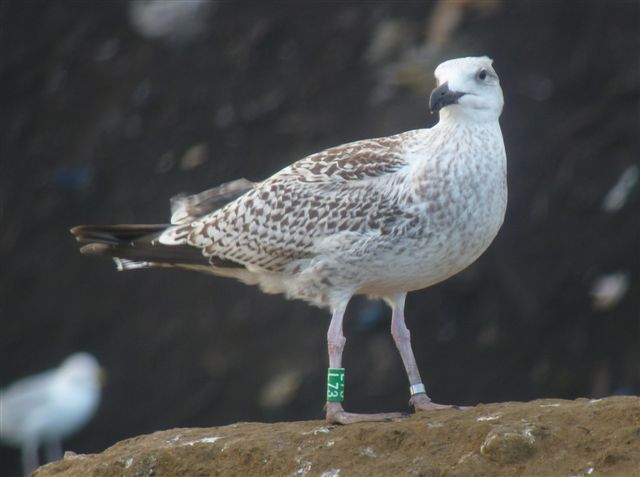 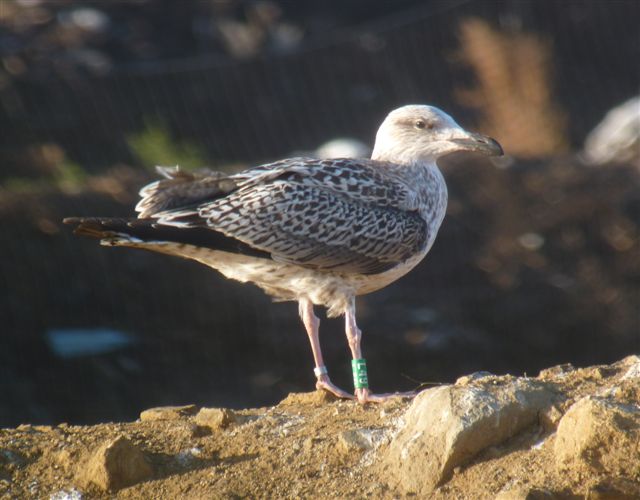 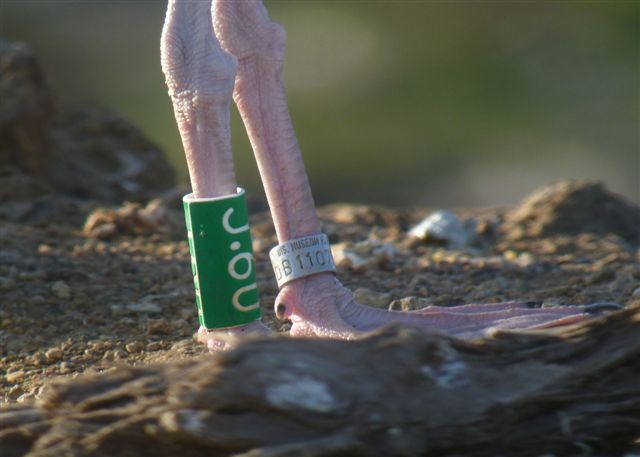 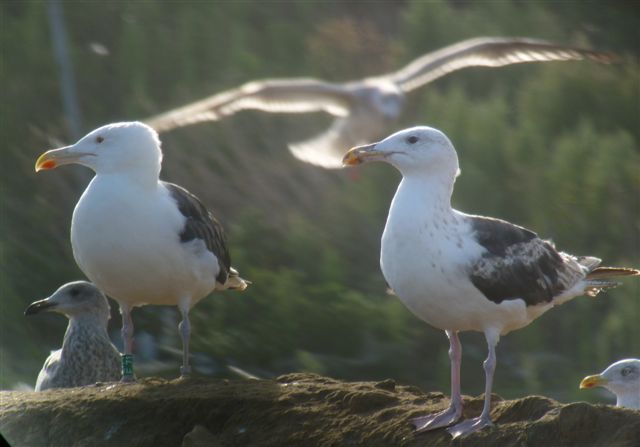 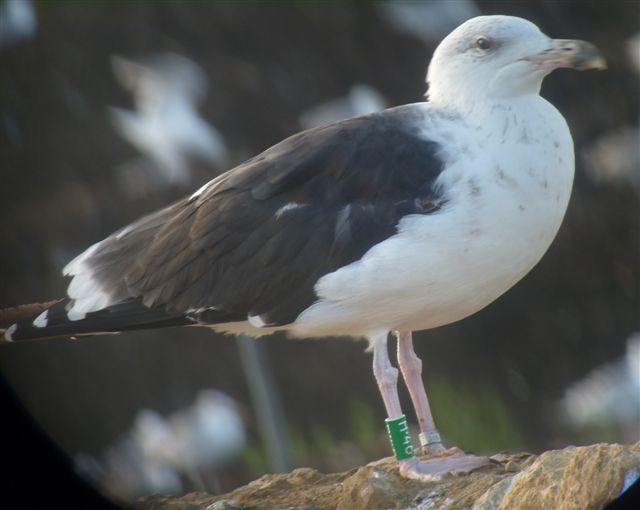 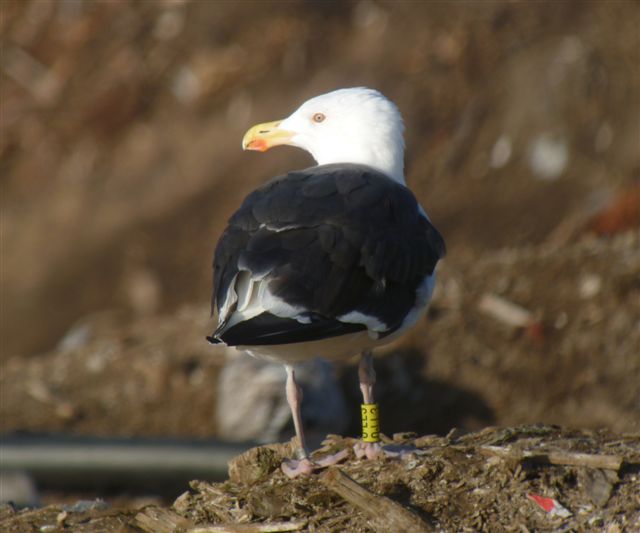 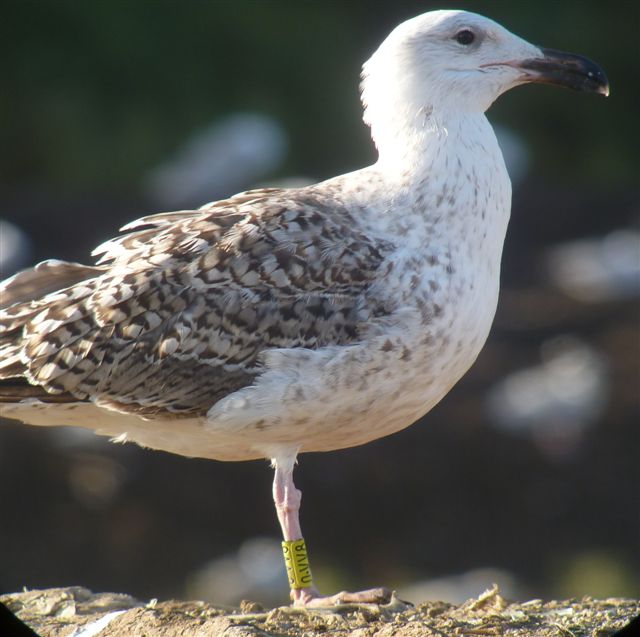 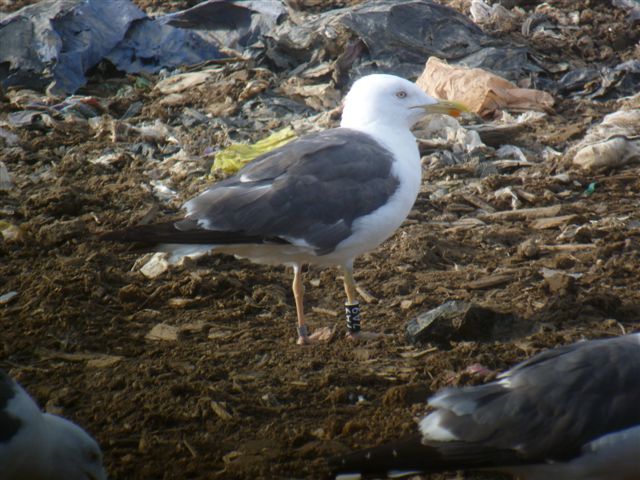 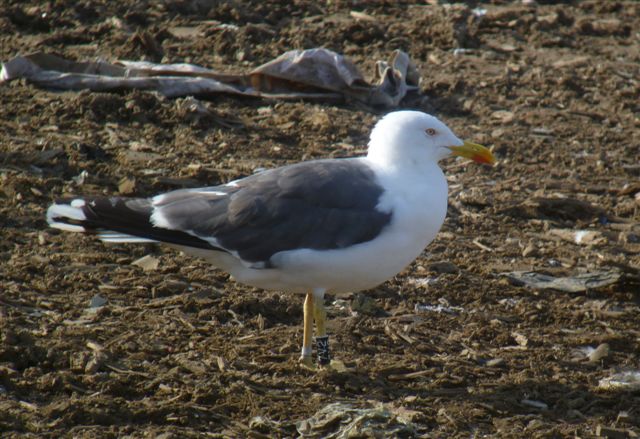 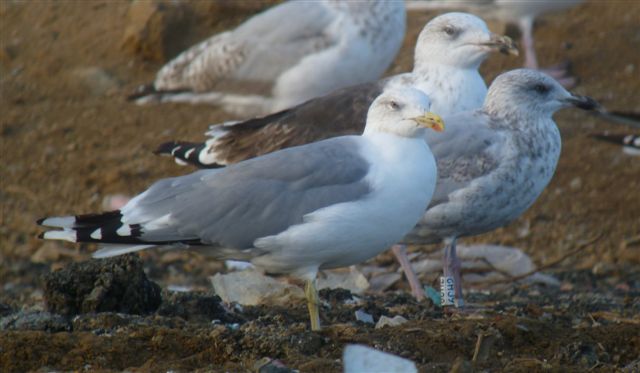