The Last Gull Catch of the Summer Season (Honest!)

OK...I know I've said it before...but today the small Guernsey Gull Team took the last gull catch of the summer season in the garden. It was a very nice modest catch of 26 Herring Gulls, including two juvenile birds. It was such a relaxed and enjoyable way to conclude a fantastic summer's activities in the garden (despite the weather raining us off on far too many Sunday's!). It was particularly enjoyable to see the four us us (Chris, Phil, Carolyn and me) working like a well-oiled machine...pity the season's over really! 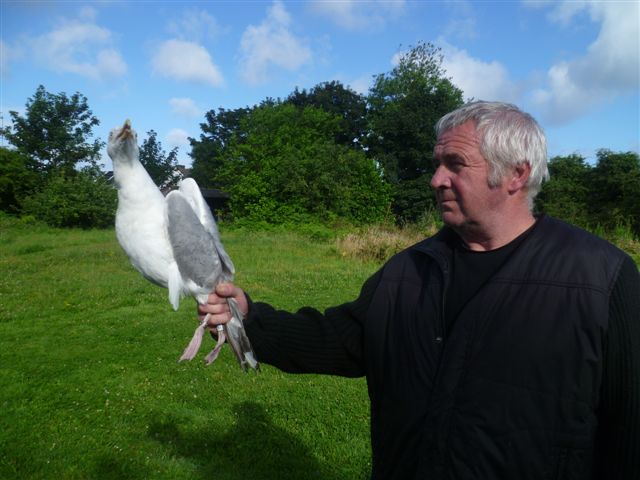 The last Herring Gull of the Summer Season?