There were more than a thousand gulls on Pembroke Beach soon after sunrise yesterday morning. The vast majority were Herring Gulls, but with a scattering of Lesser Black-backed Gulls and Great Black-backed Gulls. On this beach and on Chouet Landfill Beach another 100+ gull colour ring readings were taken – with the highlights both being GBBGs – my first 2012 colour-ringed chick of the year – Yellow 1.HH6 from Vale, Guernsey and Green E.71 a well-known visitor ringed as a chick on Chausey Islands, Manche, France in July 2009. This gull has been seen in Guernsey on many occasions in each subsequent year, but was last recorded in January 2012.

Recently I saw Mediterranean Gull White 3E90 (ringed in Belgium) back at its usual autumn roosting site at Bellegreve Bay (the 7th consecutive autumn that this gull has been see in Guernsey). This year the bird was first reported by Mike Cunningham on 18 July 2012, when he took a very nice photos of the bird (below). 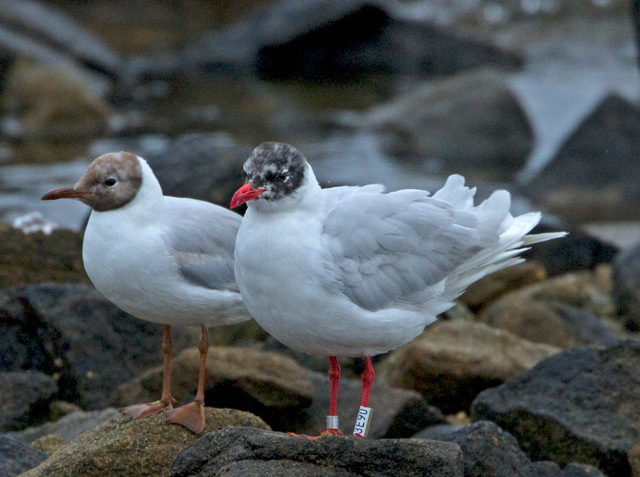 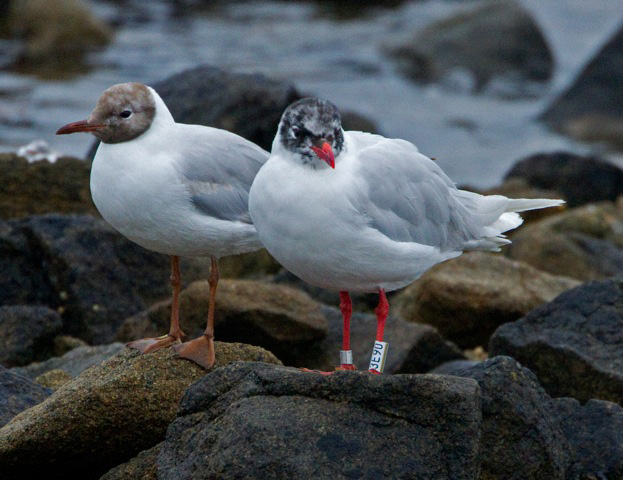 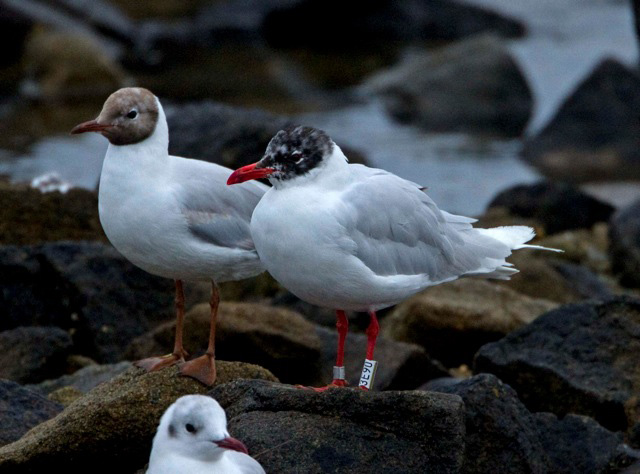 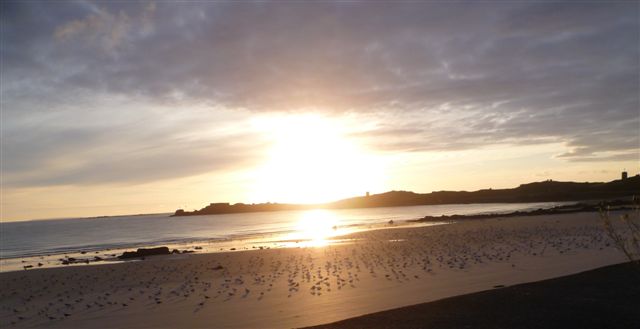 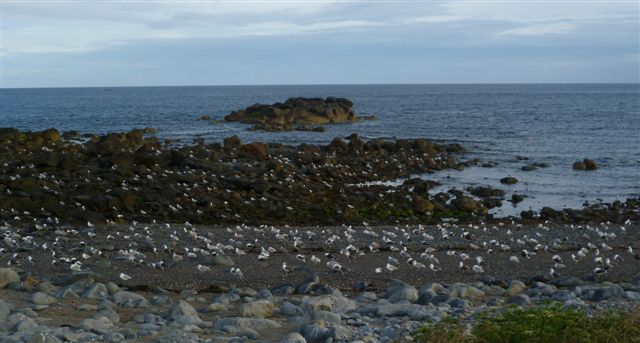 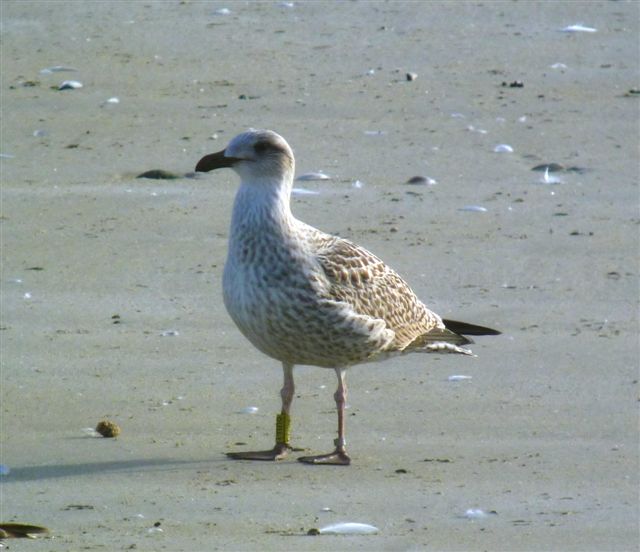 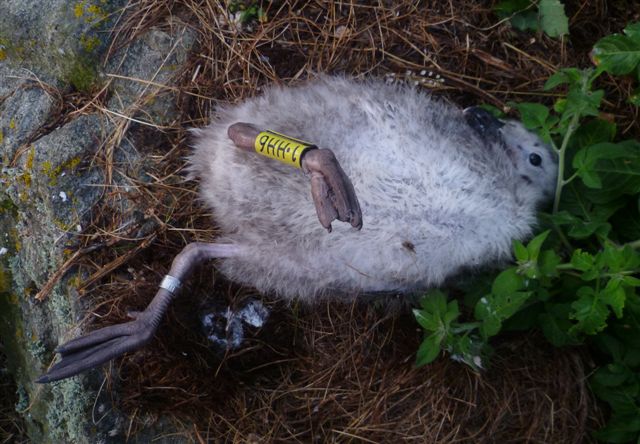 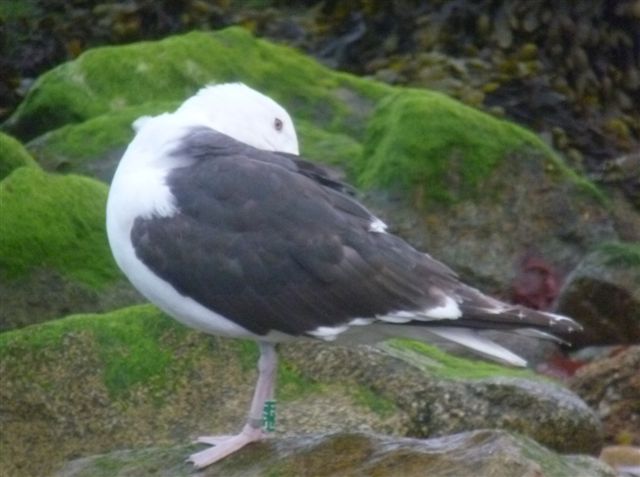 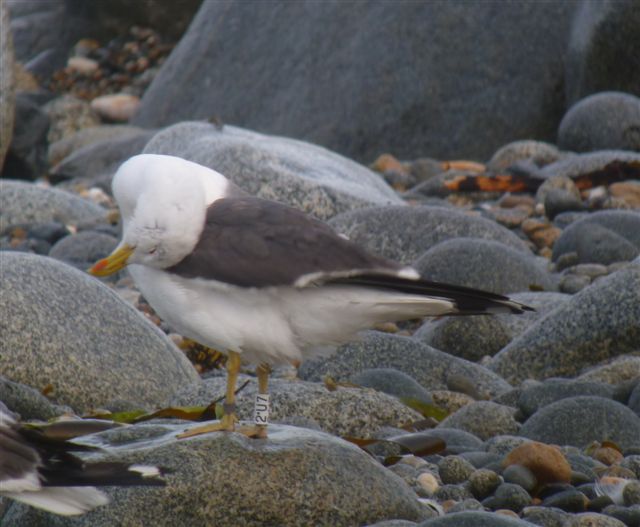 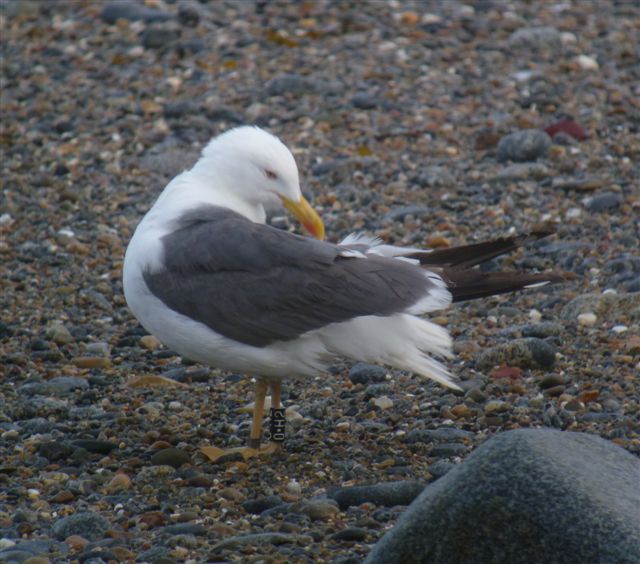 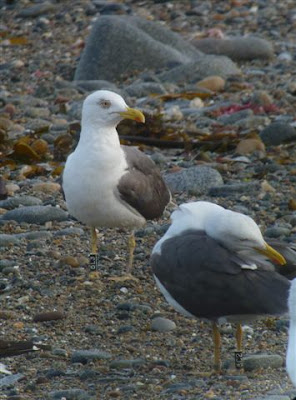 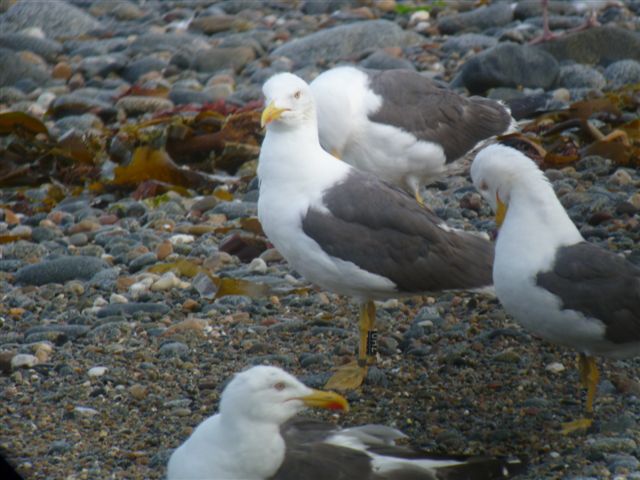 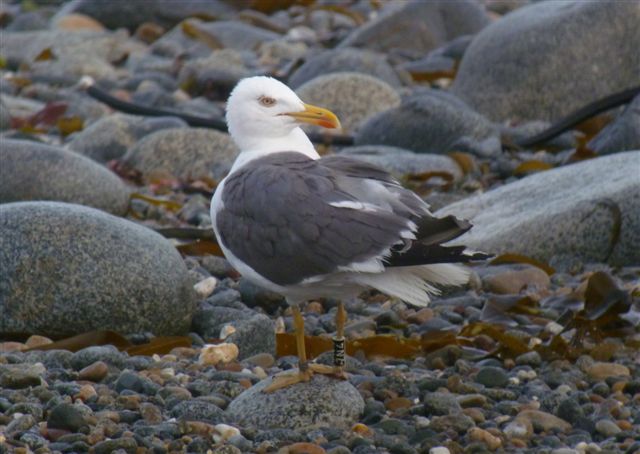 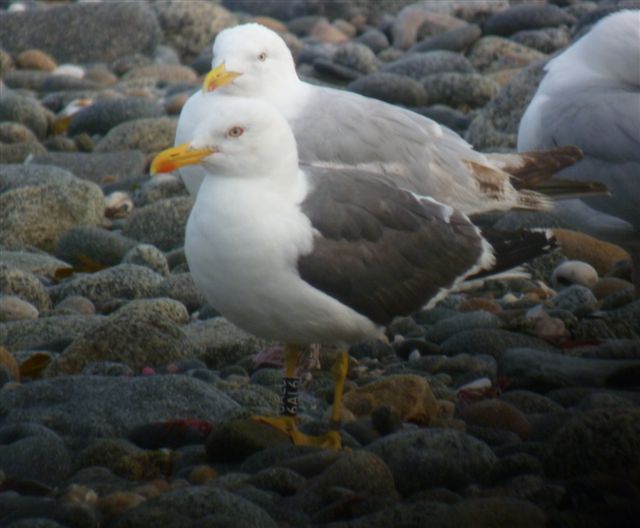 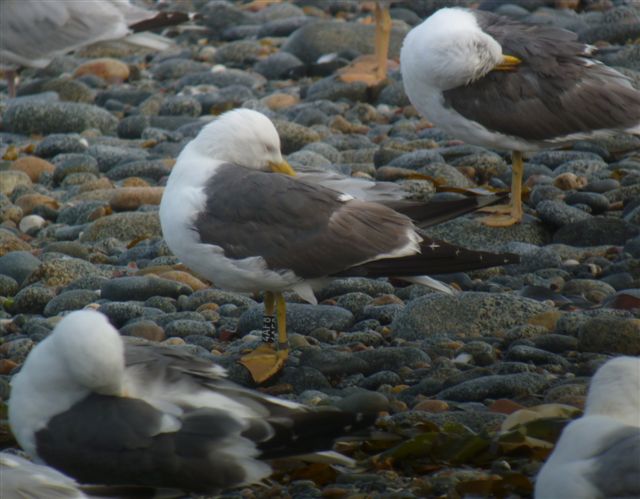 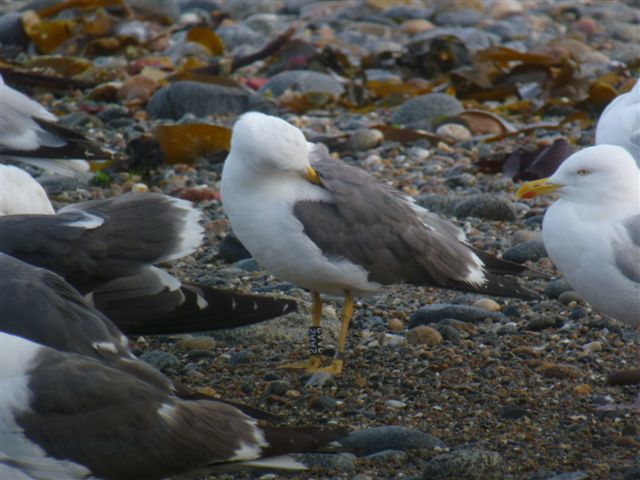 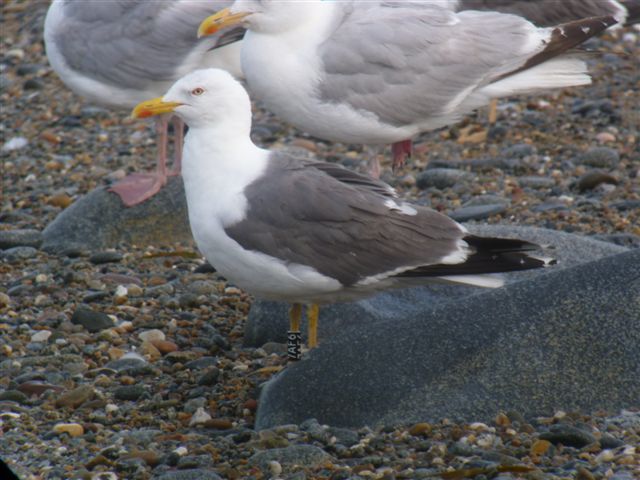 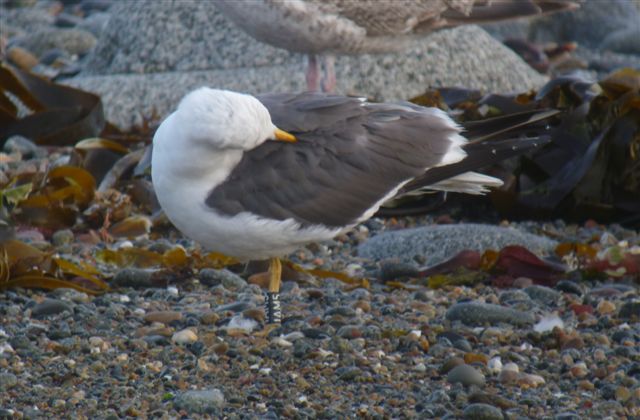 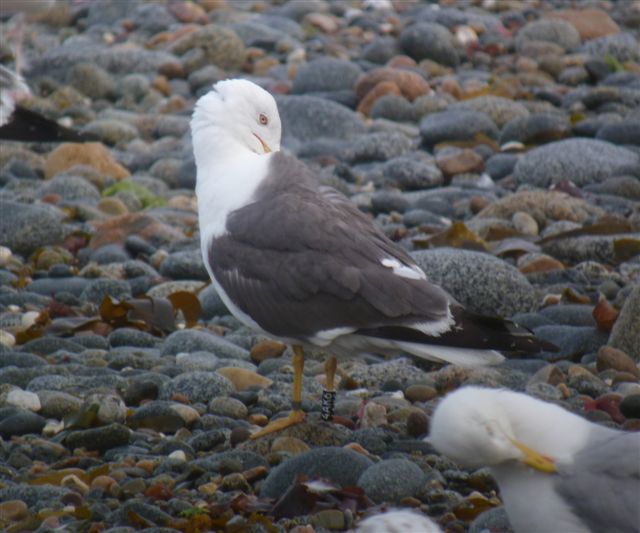 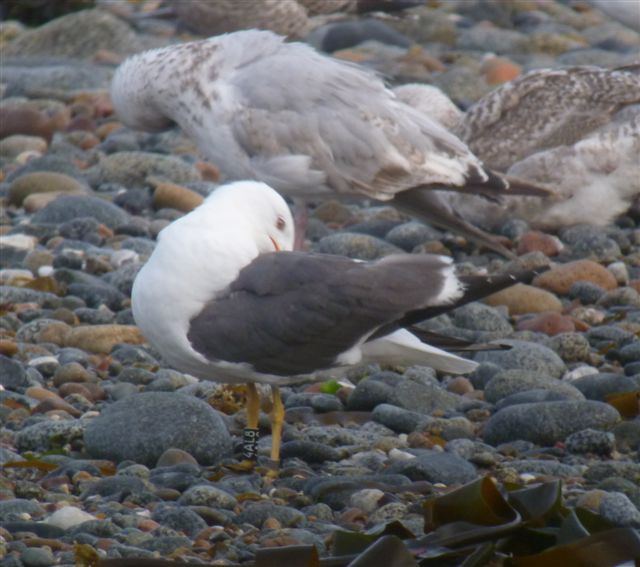 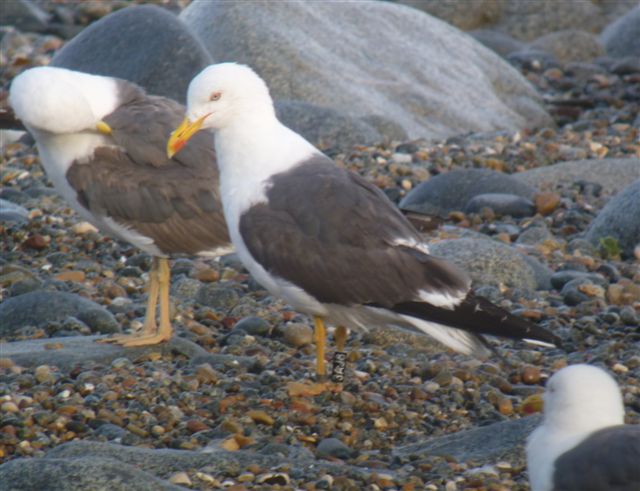