LBBG from The Netherlands

On 12 August 2012 I saw a Dutch metal-ringed Lesser Black-backed Gull at Chouet landfill. Despite much effort I only managed to record the last six (of seven) numbers on the ring. I assumed that this would not be enough to trace the individual bird…but fortunately Dutch gull researcher Roland-Jan Buijs informs me that all Dutch rings of the size to fit LBBGs commence with the same number…so we know the ring number – 5468383 – a LBBG chick ringed on 11 July 2011 at Europort, Zuid Holland, The Netherlands by Roland-Jan himself! 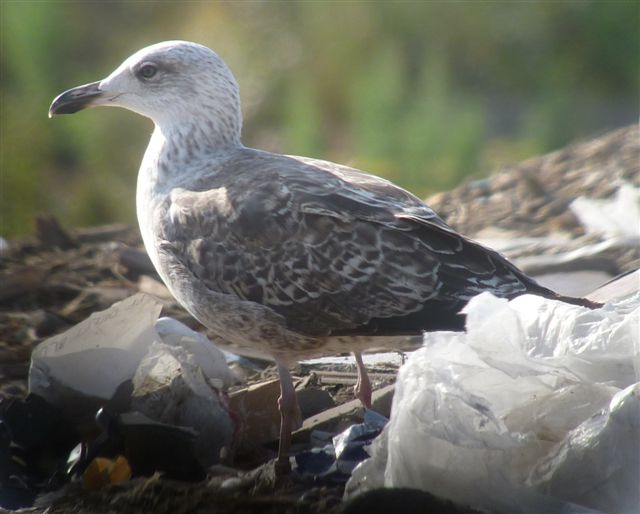