Chouet landfill was as wonderful as ever on Saturday morning with an adult and a 3rd cy+ Yellow-legged Gull feeding at the tipping face. There were still good numbers of adult Lesser Black-backed Gulls present, but it was noticeable how in the last week there are many many more juvenile Herring and LBBGs at the landfill - although few have colour rings. I spent quite a long time trying to read the full ring of a 2nd calendar year Lesser Black-backed Gull ringed with a metal ring from The Netherlands...but despite seeing the bird several times at close range I could not see the first digit on the ring - very frustrating (but typical of the game of trying to read metal rings in the field!). I was pleased to record a few more of my 2nd calendar year LBBGs from Burhou, that have not been seen at all since being ringed in July 2010.
On Sunday morning I took my first trip down the west coast of the autumn season - hoping to find a cr Black-headed Gull or Mediterranean Gull...but I had no luck (although there were a couple of juvenile Mediterranean Gulls around). It was good to see the flock of LBBGs building on the west coast with around 100 birds present at Vazon and Perelle. 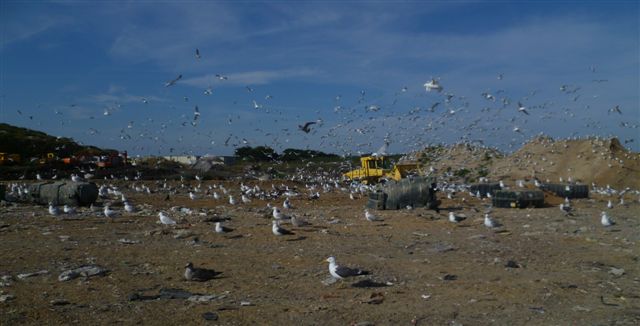 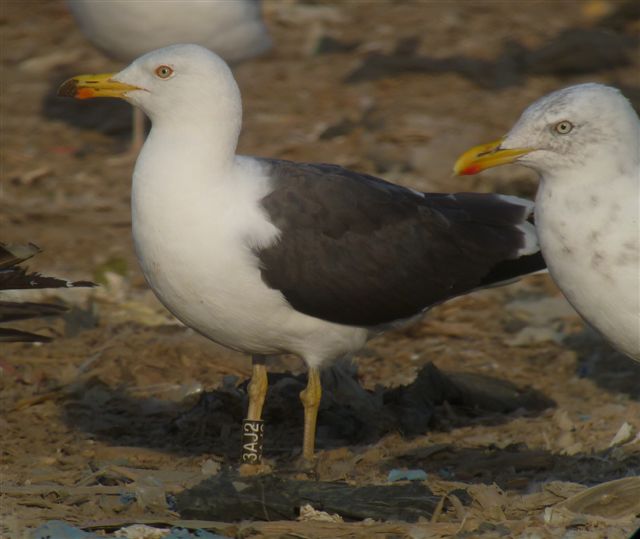 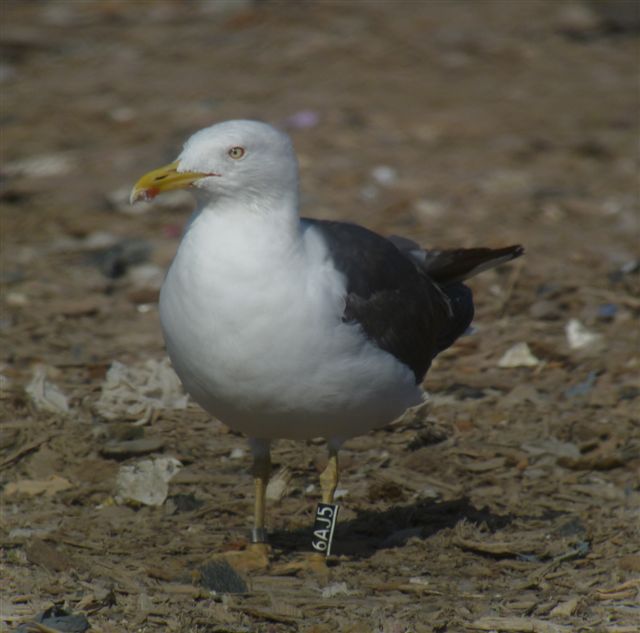 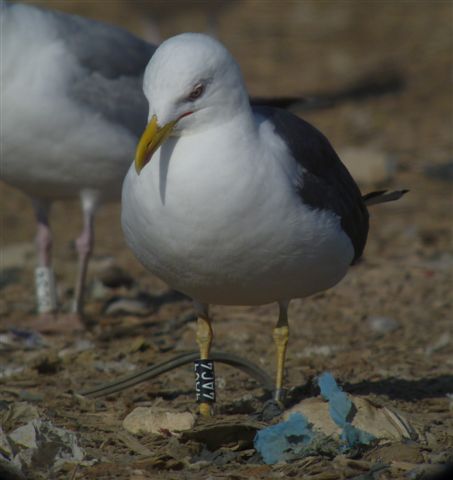 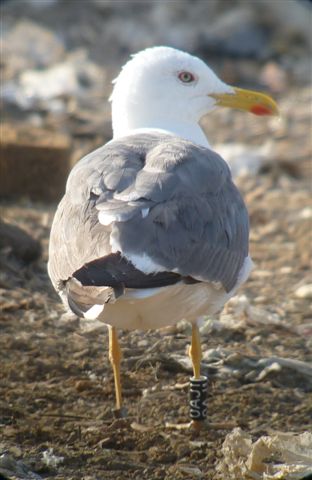 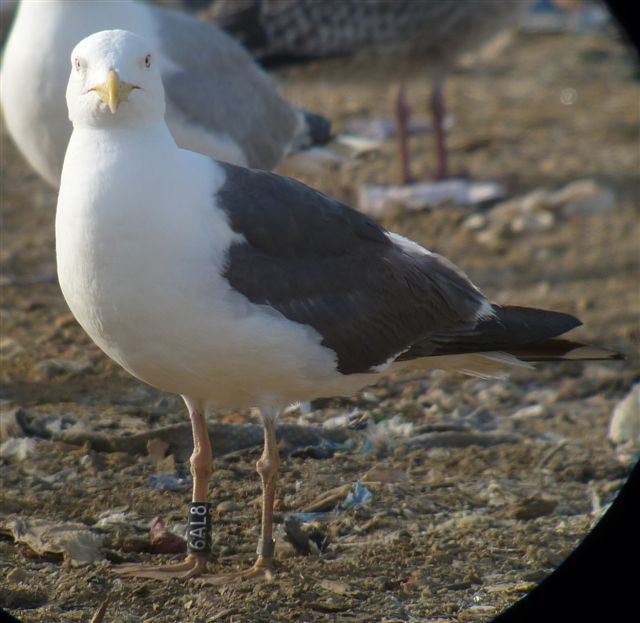 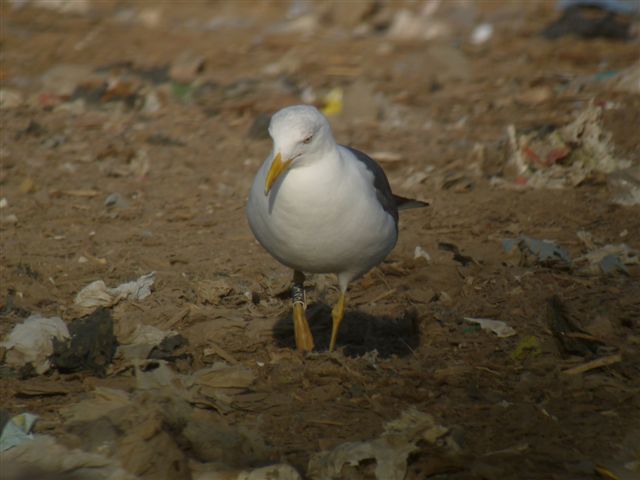 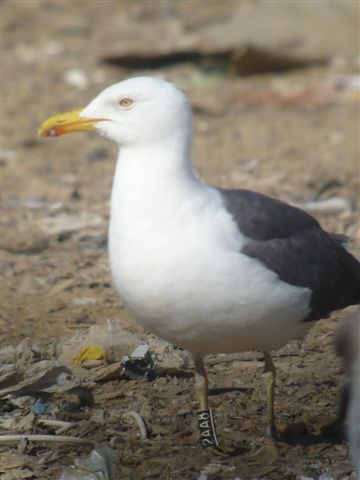 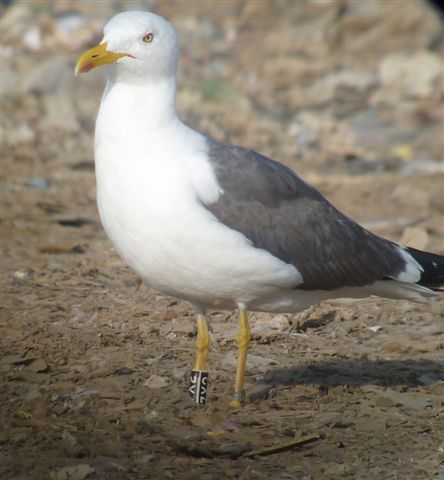 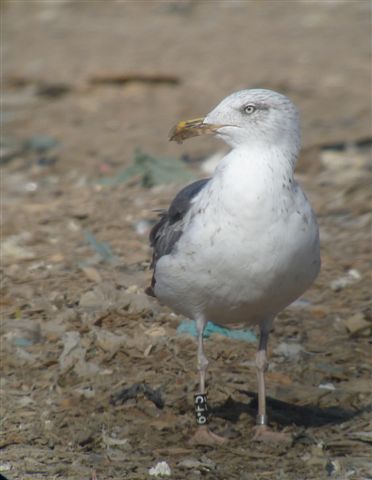 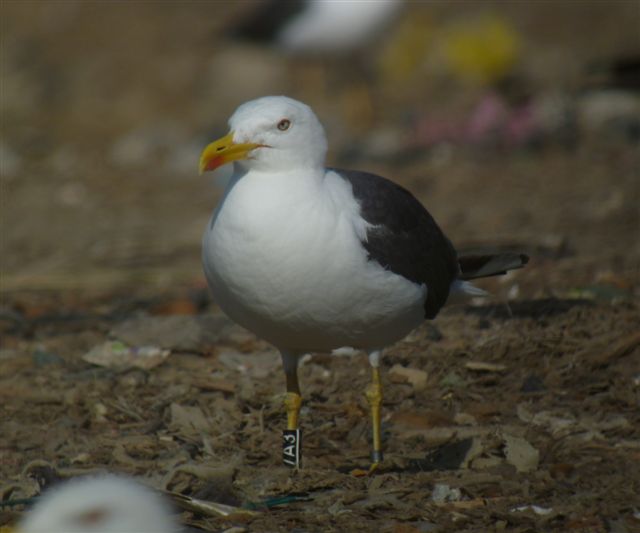 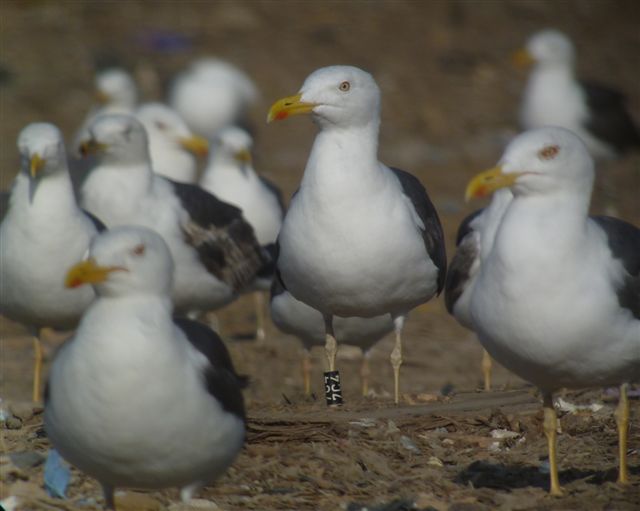 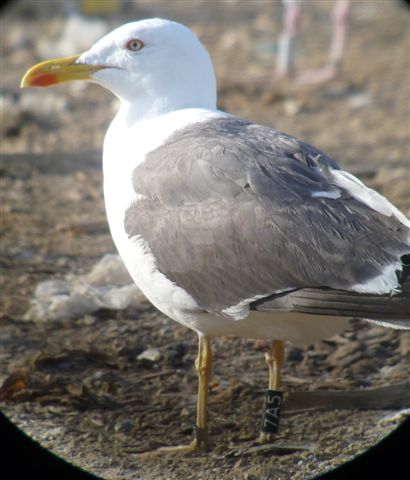 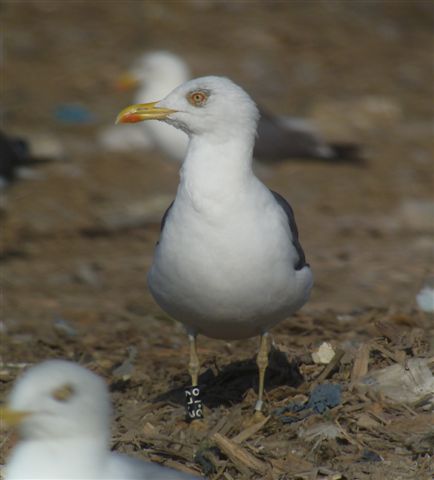 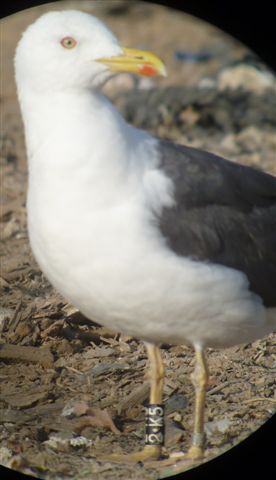 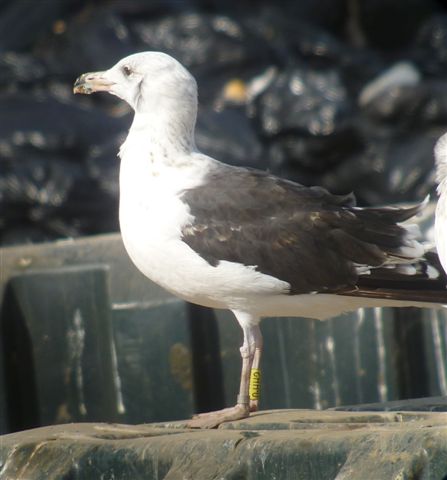 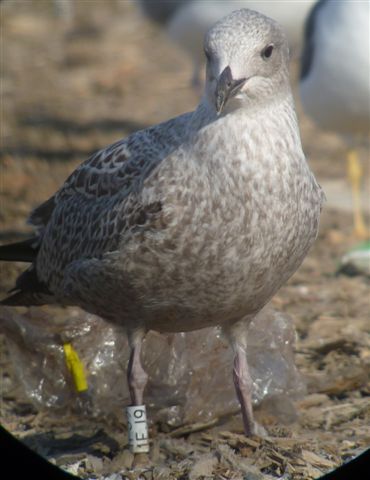 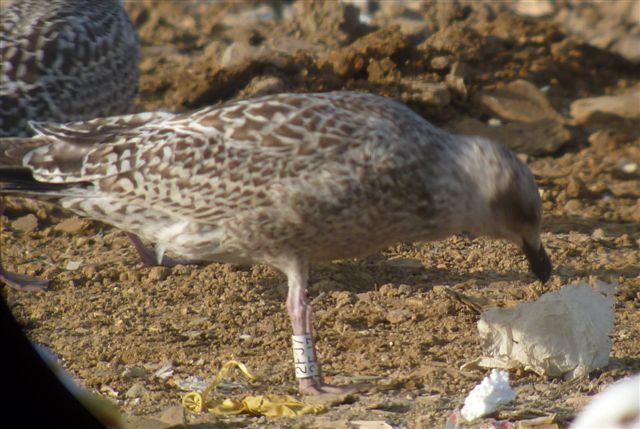 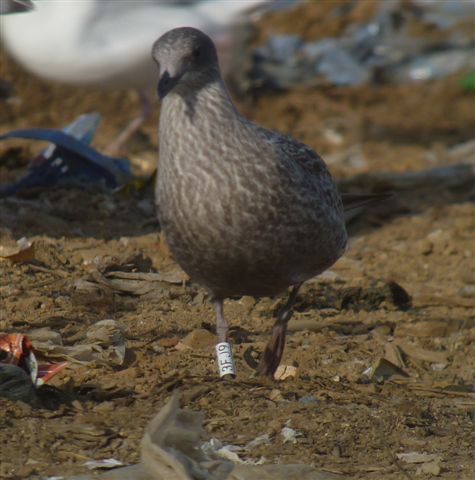