Perhaps not surprisingly we are now receiving several reports of our colour ringed Herring Gulls summering in nearby towns along the adjacent French coast. Two such reports this weekend involved Herring Gulls White 4CP5 and metal ring E16633 both seen and photographed by Guillaume Chevrier at Saint Servan-sur-Mer, near St Malo and also White 1.AN4 reported from Cherbourg by Sophie Rivrins. I expect these are birds which were born and raised in France, which were visiting Guernsey when ringed. 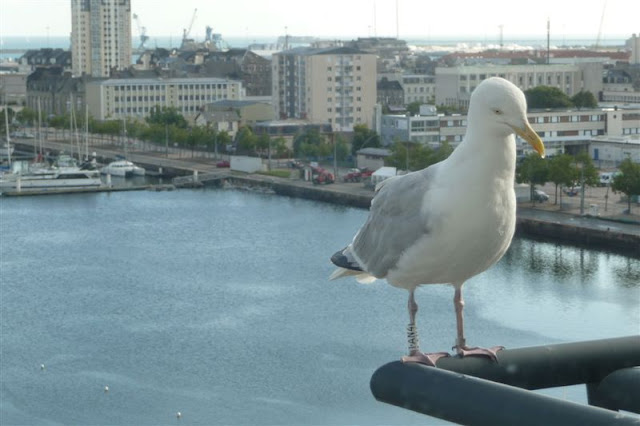 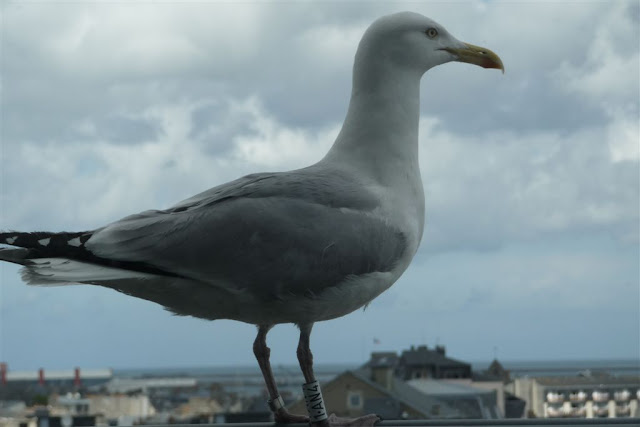 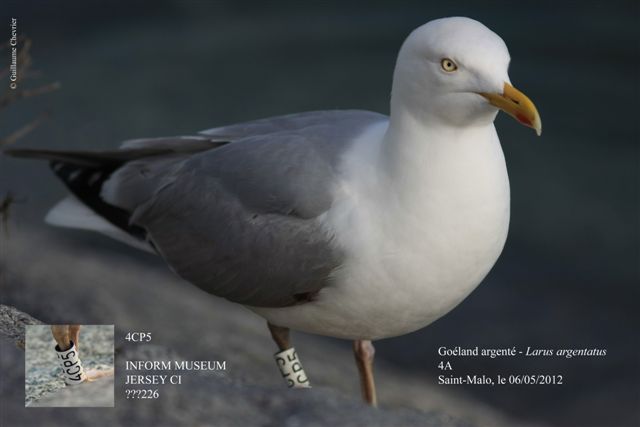 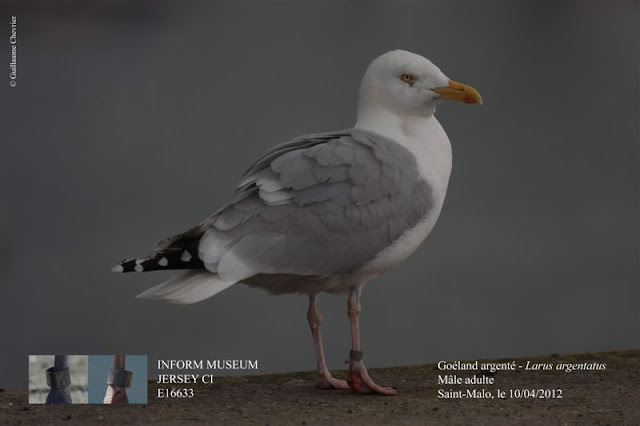