Today's gulling highlight was not from the Island's west coast, where the LBBG flocks seemed rather unchanged from recent days. Instead "bird of the day" was LBBG Black A+N. This bird had been ringed as a chick by Peter Rock in Gloucester, England in June 2012, and seen three days ago at Crabby Bay, Alderney by James Allison (the AWT 2012 Ecologist). It was on Pembroke Beach early today (in one of the photos below the gull is present in the small flock in the foreground, while Alderney can be seen in the background. 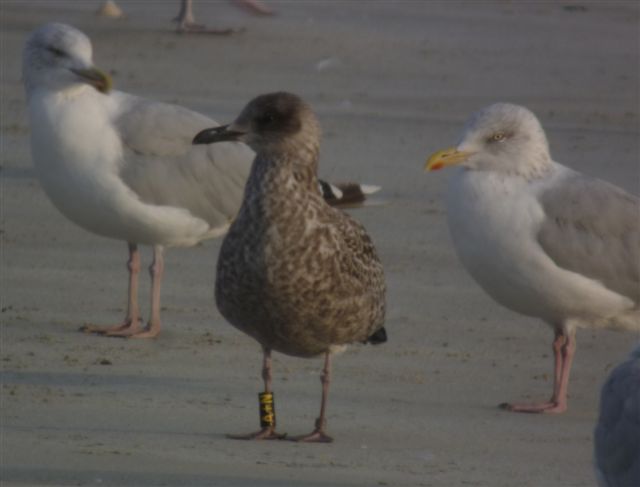 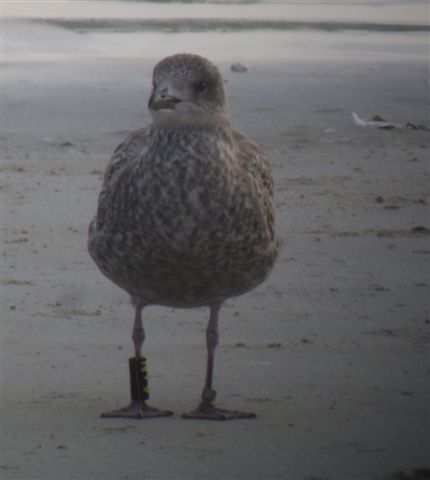 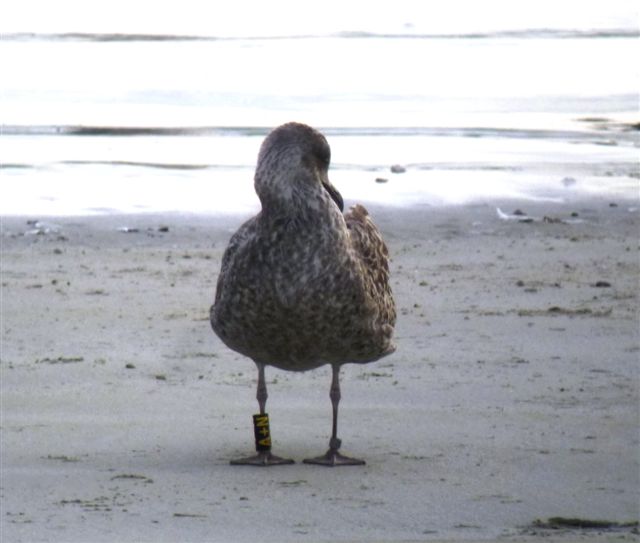 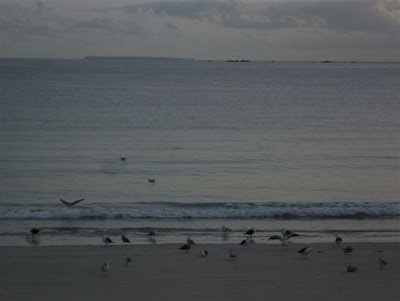