Last weekend I was in Alderney for a wedding so naturally I took the opportunity to check out the beaches of the northernmost Channel Island to search for colour ringed gulls. One of the first cr birds seen on Crabby Beach on 08 September was Black-headed Gull Black P547, a bird ringed as an adult at Dumpiai dump, Klaipėda, Lietuva, Lithuania in April 2010. I first saw this bird on the same beach in Alderney in August 2010. It is amazing to think that between my observations this gull has made two return trips to its breeding colony in Lithuania!
Amongst c 150 full-grown Lesser Black-backed Gulls seen on Crabby over the two days were 15 of my colour-ringed birds from Burhou, Alderney, including several birds that had been ringed as chicks in the summers of 2009 and 2010. One of the adult gulls was subsequently seen the very next day at Dawlish Warren, Devon (137 km distant in a straight line) by Lee Collins! There were also three of the 2012 Burhou chicks on the beaches, one of which was still begging enthusiastically from its parent! Finally three cr Great Black-backed Gulls were recorded, one of the 2012 chicks (which sadly looked rather ill with botulism), a 2012 chick from Chausey (Green L73) which I have already recorded in Guernsey, and a chick ringed on Looe Island, Cornwall, England (White L:AJ8) another immature bird which I’ve seen several times previously in Guernsey.
I made a quick trip down the west coast of Guernsey this morning before work to catch up with latest events. The Lesser Black-backed Gulls (c 500) were roosting on Perelle Beach, which is not the easiest for recording because many have their legs hidden in seaweed on the rocks. Notwithstanding this I recorded 18 of my cr LBBGs, along with ten GBBGs (five of which were of French origin – three from Le Havre, Seine-Maritime – Gilles Le Guillou) and two from Chausey Islands, Manche (Seb Provost and Fabrice Gallien). 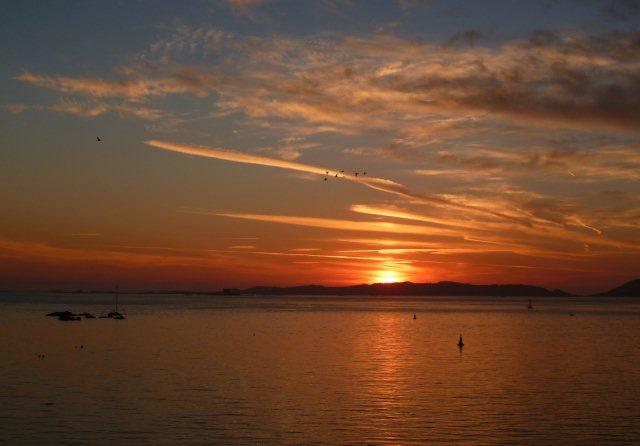 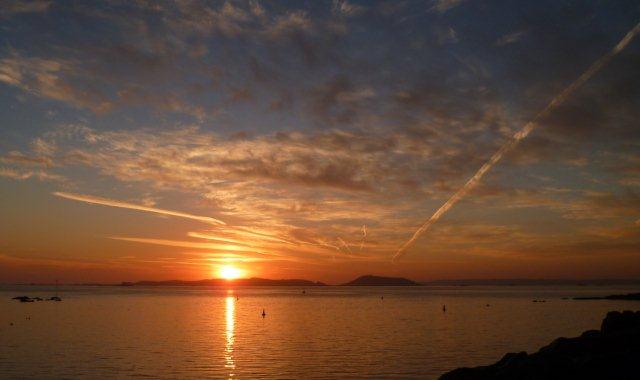 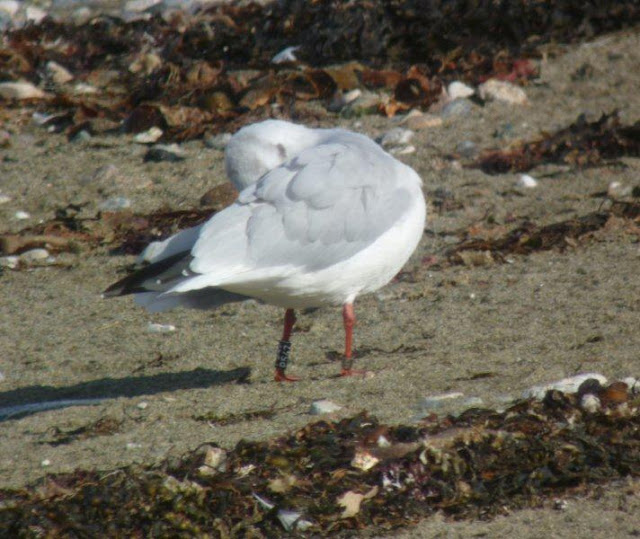