Norwegian and English LBBGs, French GBBGs and a Belgian Black-headed Gull - plus our first Cormorant Sighting outside the Island!

A couple of smallish gull flocks along the west coast this morning contained a Norwegian-ringed LBBG (Black J2842) and an English-ringed (Red DB.DS) LBBG: both on L'Eree, along with three well-known French-ringed Great Black-backed Gulls (Blue 30C, Blue 91D and Green K.51). Later in the morning Jamie Hooper saw Black-headed Gull Yellow EHSL, a juvenile bird ringed near Antwerp, Belgium this summer and originally seen in Guernsey at the end of August by Julian Medland.
Also today, we received our first sighting outside the island of one of our colour-ringed Great Cormorants (Black BA) (a project started only this year with 40 chicks being ringed). The bird was seen on the Loire River at Anetz, Loire-Atlantique, France by Pascal Bellion. 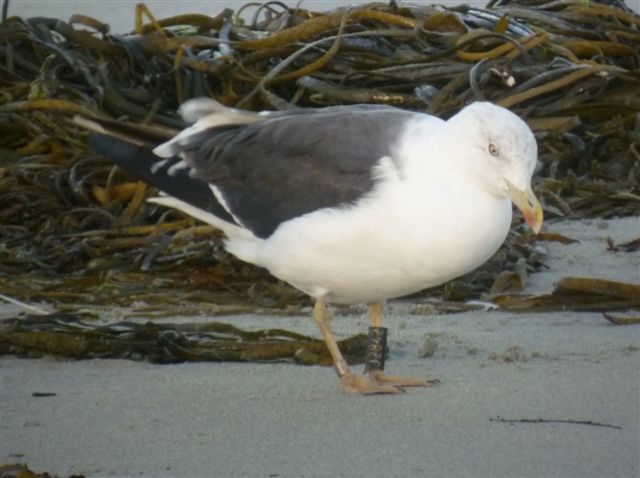 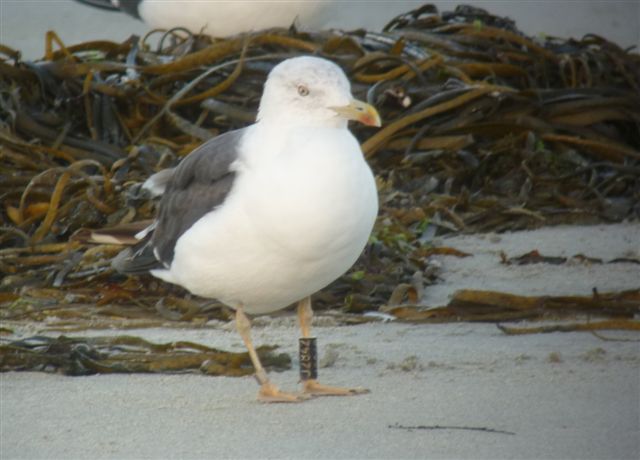 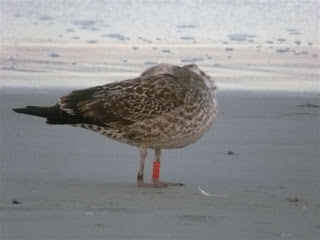 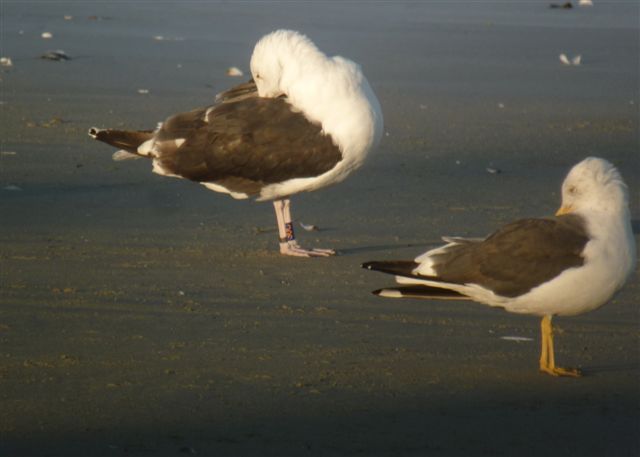 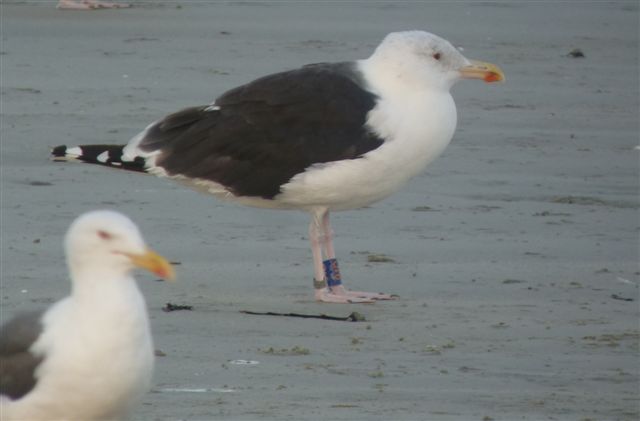 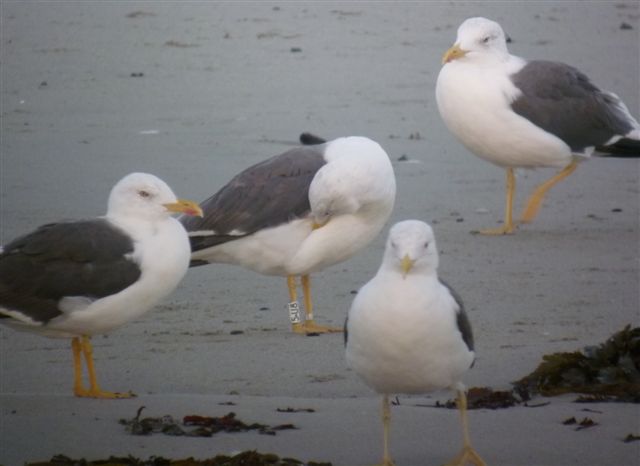 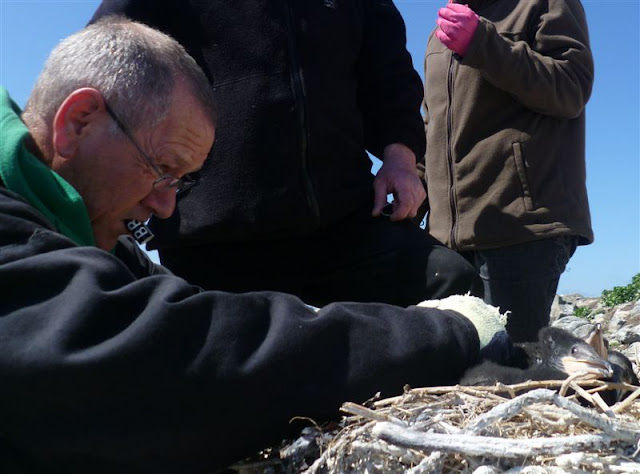