It has been busy at Chouet since my last blog posting on Friday. Over the last four days I have taken just over 500 cr readings at Chouet – the vast majority (470) being locally ringed Herring Gulls, but this has included another three birds which have returned from wintering in Vendée, France (White 6.ZZ9 and White 2.ZZ0) and Manche (White 6.KK9).
The main attraction has been the gradual return of my colour ringed Lesser Black-backed Gulls- with 21 sightings involving 15 different birds over the past four days. This has included the return of several birds which had wintered in France, Spain and Portugal!
So far I have adult LBBGs ringed in the following years back:-
2008 – one
2009 - nine
2010 - sixteen
Today the total number of LBBGs at Chouet reached triple figures for the first time with an estimated 100 birds.

Finally, there has also been evidence of movement of Great Black-backed Gulls with several of my cr immatures re-appearing after several months absence, the sighting of Black 53G ringed as a chick at Le Havre, Seine-Maritime, France (Gilles Le Guillou) in June 2010 and recorded only once before in Guernsey at Vazon on 09 October 2010, and finally the first sighting of another 1st winter bird ringed by Bruce Taggart in June 2010 on St George’s Island, Looe, Cornwall, England. 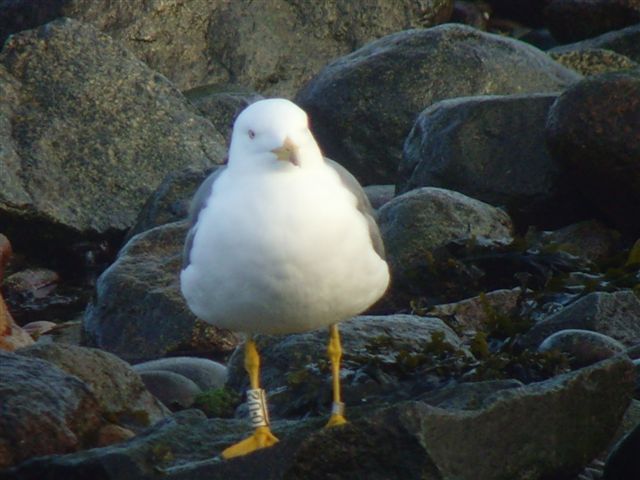 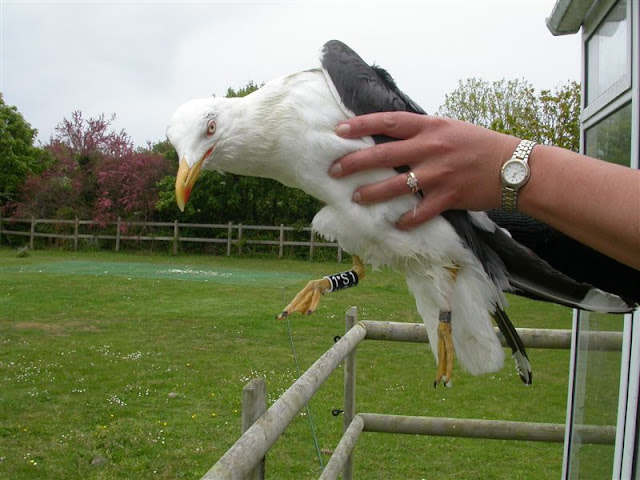 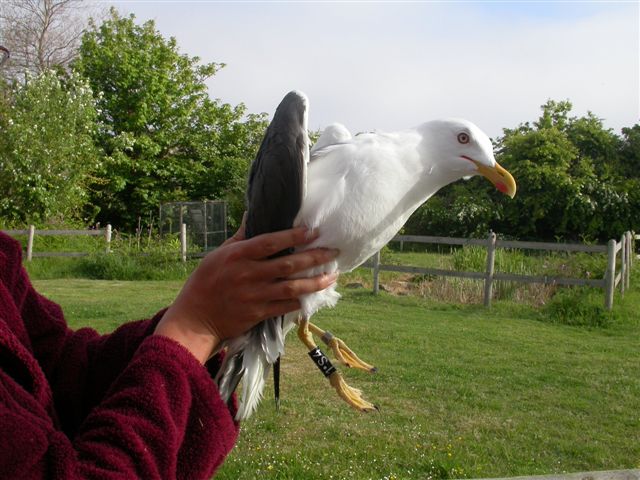