With the temperatures in Guernsey now nudging into double figures and the wind swinging into the SW (from much colder north-easterlies), I had high hopes for the return of some of my colour ringed Lesser Black-backed Gulls this weekend. On Saturday there were 15 Lesser Black-backed Gulls at Chouet (but no colour ringed birds). However…this morning amongst the 25 LBBGs present at Chouet there were four of my cr birds – including Black 2.N2, which had been seen in Madrid, Spain on 12 December 2010. And so…a little later than in 2010 I feel a great deal of excitement and anticipation as the return migration begins to unfold!
Despite strong winds at Chouet Landfill, which always makes the gulls very nervous and skittish, it was also a good weekend for recording Herring Gulls – with 145 colour ring reads on Saturday and 100 today (99 at Chouet before work and one at St Peter Port Harbour at lunch time). 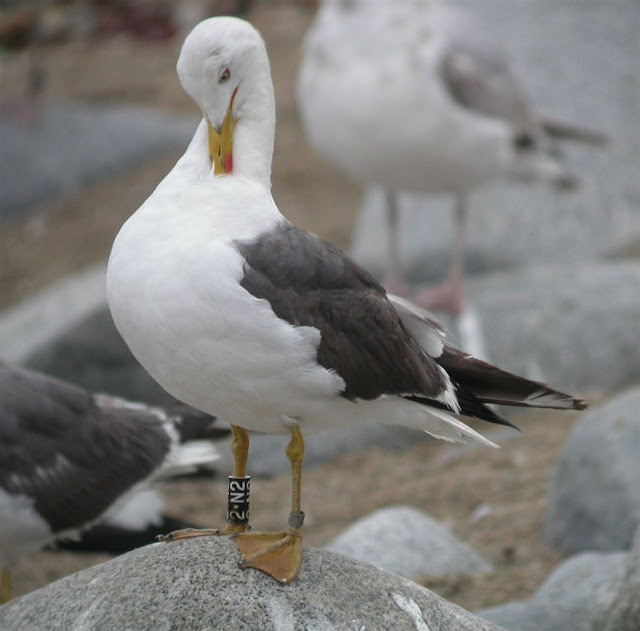