Sundays are usually very difficult for reading my colour ringed gulls, because the landfill site is closed, and all too soon the beaches become very busy with people and dog walkers...so it was a tremendous bonus last Sunday to catch up with a flock of several thousand gulls feeding on L'Ancresse Common. Gulls often rest very early in the morning on the Common, but last weekend they were feeding very actively - presumably on some bugs in the grass. I knew I would not have long to scan the flock before the golf course became busy so I concentrated only on Lesser Black-backed Gull -reading an amazing 29 rings - including four colour ringed and two metal ringed birds back for the first time this year. 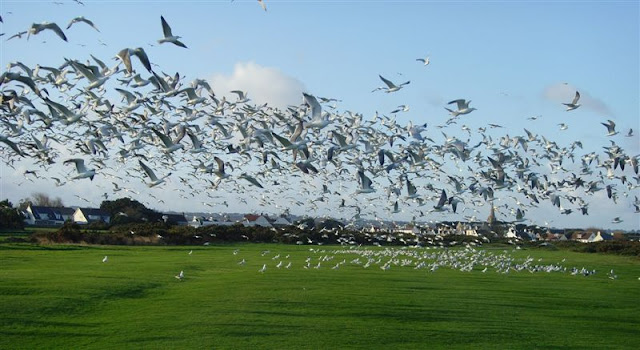