A very successful weekend saw more than 300 ring reads on local Herring Gulls...and as expected another four birds had returned from wintering in France (one each in the Departments of Manche, Cotes d'Armor, Calvados and Morbihan).
Lesser Black-backed Gulls continue to be scarce with only eight birds at Chouet (none colour ringed). On 31 January 2010 I had 31 LBBGs back at Chouet (four times as many as this year). Who can blame the gulls for staying south during this continuing cold weather?!
Interestingly Great Black-backed Gulls have reduced in number in the past 10 days or so - and almost all of the French colour ringed birds appear to have wandered off. No doubt many of the immature birds will return sporadically as we go through 2011.
Today (Tuesday) I made a quick trip down the west coast of Guernsey before work...just to check that the Lesser Black-backed Gulls were not flocking at Vazon, Perelle or L'Eree (as they do in the autumn)...but there were only nine birds along the entire coast...so I have to remain patient...and await the vanguard of arrivals of my breeding birds. 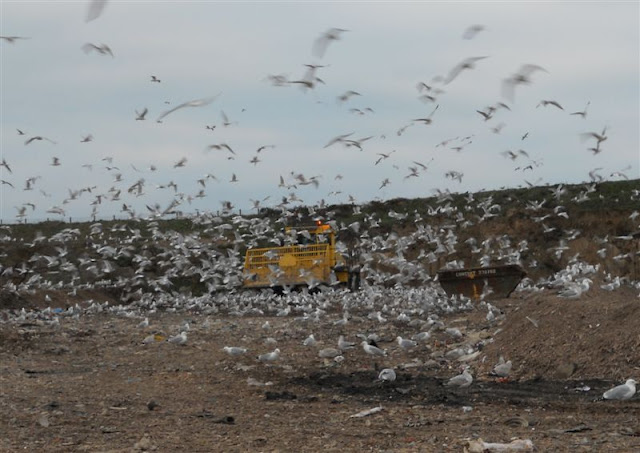