The highlight of yesterday morning’s early watch at Chouet was the sighting of Lesser Black-backed Gull White 3.Z8. This gull had originally been ringed in our garden at Ty Coed, Guernsey on 17/05/09. It wintered outside the Channel Islands in 2009/10 – being seen back at Chouet for the first time on 01/03/10. This time we know that White 3.Z8 was in Aveiro, Beira Litoral, Portugal in October 2010 (Rob Voesten). This is the 50th colour ringed adult Lesser Black-backed Gull to be recorded this spring back in Guernsey. Eight of these birds had been seen in the autumn/winter in Spain and another eight in Portugal, with five reported from France. 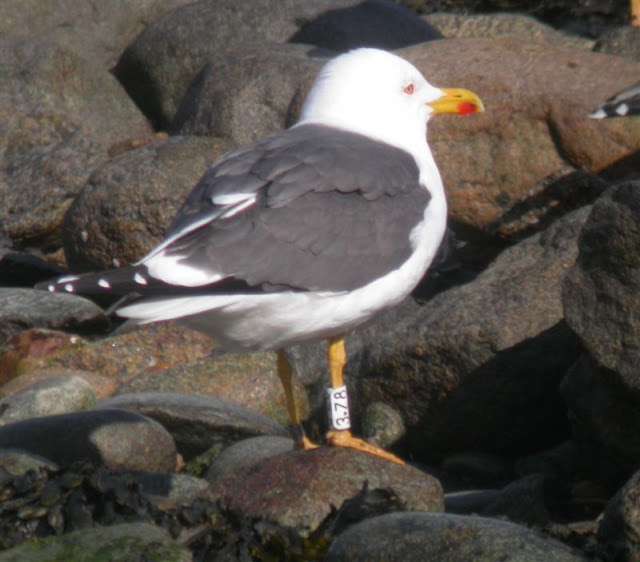