Gull Ringing at Chouet landfill May 2010 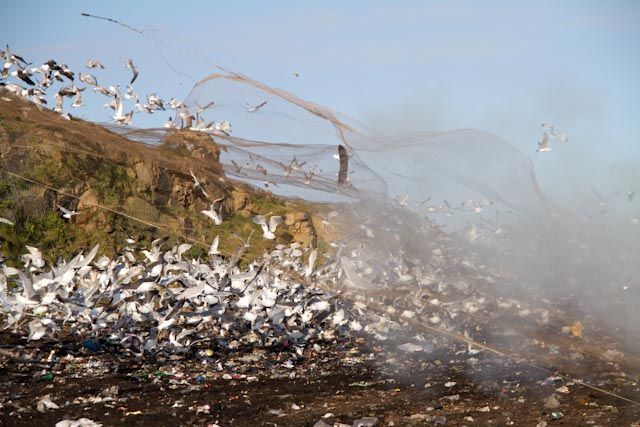 Cannon Netting at Chouet landfill may 2010 - photo Vic Froome
This blog posting adds a little more detail on the recent highly successful cannon netting operations at Chouet landfill. As a joint effort between the North Thames Gull Group and the Guernsey Seabird Team and supporters, we operated from Wednesday 26th May to Saturday 29th May – although on the first and last dates rain prevented any catches being attempted. To make up for this Thursday 27th and Friday 28th were near perfect days…and we took six catches on these two days – totalling 1,008 gulls (184 Lesser Black-backed Gulls and 824 Herring Gulls).

I am deeply grateful to everyone who participated, but especially to Paul Roper and the members of the North Thames Gull Group and the landfill staff without whose help the operation would not have been possible or so successful!

Amongst the Lesser Black-backed Gulls caught there were surprisingly few retraps – although three birds ringed in previous years in the Bailiwick provided extra information for the project. Now that they have colour rings it is hoped that there will be more records of these birds.

A more detailed account of the whole operation will shortly be found on the excellent web site of the North Thames Gull group at http://www.ntgg.org.uk/ 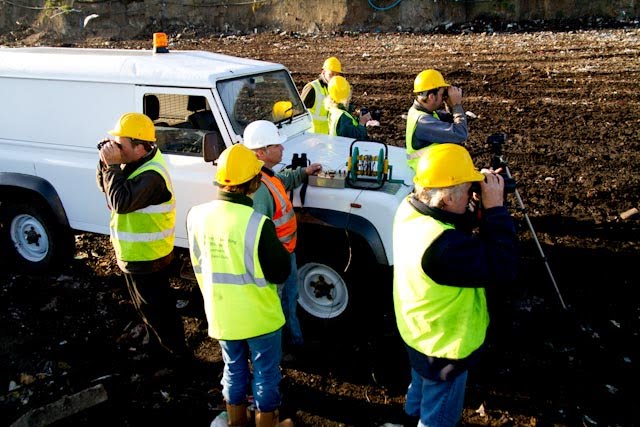 Looking for gulls to catch! - Chouet landfill May 2010 - Vic Froome 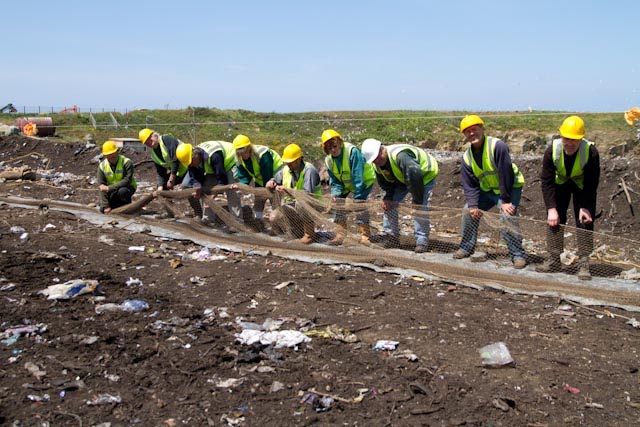 Part of the team setting the net - Photo Vic Froome
Posted by Guernsey Gulls at 20:07